African ministers meet in China over $60b ...
Next Story

At least 20 disadvantaged students of Iceme Girls Secondary School in Oyam district who had dropped out of school due to lack of school fees waiting for early marriage have been hunted and reinstated in class.

A British Secondary School teacher, Kate Prinsep, through her charity Gift for a Future based in the United Kingdom has offered to pay tuition for the girls up to Senior Six.

The girls, most of them in Senior One and Two are orphans and disadvantaged children whose guardians could not afford to raise the required school fees, according to the school headmistress Sr. Claire Migicha.

Some of the girls were deliberately denied school fees by their parents who wanted them to stay at home with intention of marrying them off. 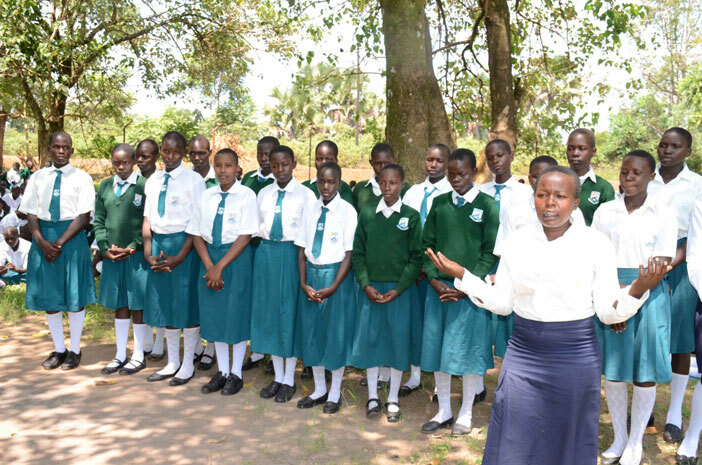 Sr. Migicha scouted the girls from their villages through her contacts and fellow students and registered them for possible sponsorship.

"I usually tell fellow students to spot for me such girls who are stuck in the villages waiting for early marriage, bring them and I look for people or organization to sponsor their studies," Migicha said.

Sr. Migicha said she met the British teacher Kate Prinsep during a conference in Ethiopia and informed her of the plight of several girls in the war torn Oyam district and surrounding areas.

"I met Kate in Ethiopia and told her that we have so many poor but brilliant girls who pass Primary Leaving Examinations (PLE) very well but drop out of school after studying for only one term then she accepted to pay fees for some of them," she added.

"Even those who had not had the opportunity to join S1 and had passed in first grade are among the beneficiaries. Had we not given them the opportunity, they would be wasted girls." 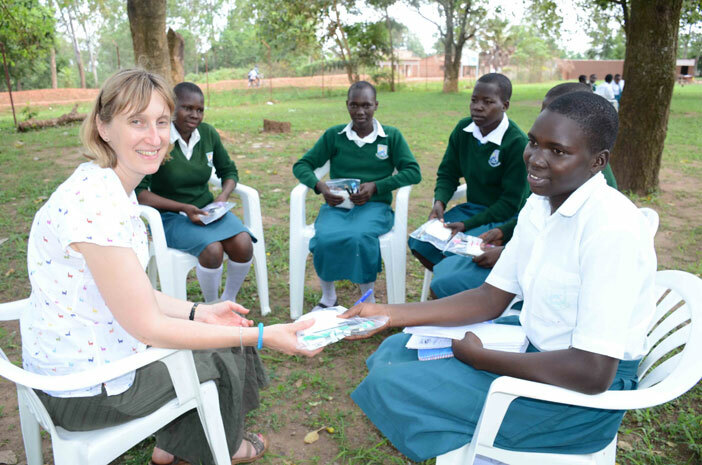 Kate on Thursday visited Iceme Girls School to interact with the students and give them career guidance. She commended the government for putting up good infrastructure at the school which just needs support to make it more functional.

The organization is assisting some 73 girls across the country.

Kate first met girls in a school in Jinja, which she said inspired her and made her want to make a difference in girl child education in Uganda to take away the barrier like paying the school fees.

In order for the country to develop in technology, Kate said the country should focus more on sciences and practical subjects.

She warned the parents against marrying off their girls before they finish their education; saying it prevents them from fulfilling their potentials. "May be one of these girls have the cure for cancer, we won't know unless we allow them fulfill their potentials" she said.

The organization she noted, is spending sh65m this year to support girls in Uganda and hope to expand the program to 100 girls and may be sh100m. 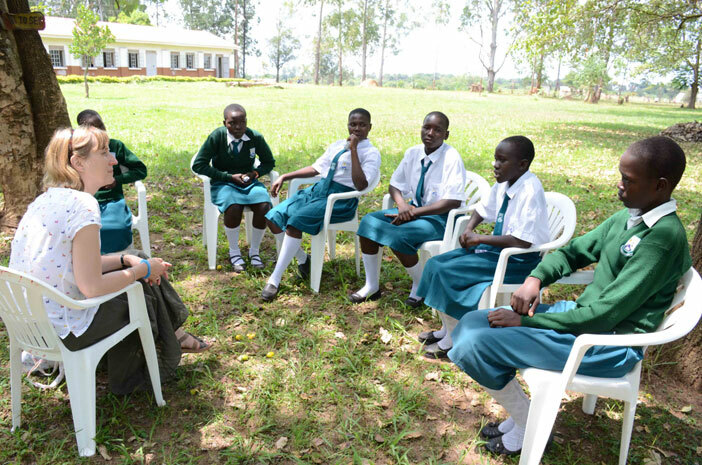 One of the beneficiaries, Susan Bless Aol expressed gratitude for the good gesture from the sponsor and the head teacher. "Since S1, it came a point when my single mother could not raise school fees and I could shed tears and cry to the head teacher and due to her passionate heart she could allow me in and from nowhere Kate came in," she said.

"We had lost hope (in education) but from nowhere we are having hope and we are very grateful," she added.

PICTURES: The twins at the festival