Ex-soldier found murdered in his house
Next Story

African ministers meet in China over $60b fund

Six months after the pledge, some African countries are on track to receive the funds, yet hurdles remain

Six months after the pledge, some African countries are on track to receive the funds, yet hurdles remain

Ministers from more than 50 African countries next week will meet in China's capital, Beijing to discuss modalities for the disbursement of $60b in funding from the People's Republic of China.

The fund was announced by China's President, Xi Jinping at the Forum on China-Africa Cooperation (FOCAC) summit held in Johannesburg, South Africa in December.

After the summit, senior officials from Africa have shuttled to China and Chinese government officials visited several countries to discuss the modalities for accessing the fund.

Six months after the pledge, some African countries are on track to receive the funds, yet hurdles remain, Zhang Ming, China's vice foreign affairs minister told journalists at a briefing on Friday.

"About 30 African countries have put in place coordination mechanisms. There is good communication from China and Africa," Zhang stated.

In spite of the progress, the minister revealed that China was not yet satisfied with some countries' plans, particularly on use of funds.

"We see some problems on how to use the funding. There is need for further communication. We need specific and workable plans," Zhang revealed.

He says Thursday's meeting in Beijing will seek to close the gaps and lay ground for common position on the efficient use of the new fund for the continent's development.

Last year, China upgraded its relations with Africa to a Comprehensive Strategic Partnership, opening up more areas of cooperation such as infrastructure, health, agriculture and culture.

The $60b fund is meant to support the partnership, of which $5b will be in form of grants, $35b as preferential loans, export credits, and concessional loans. 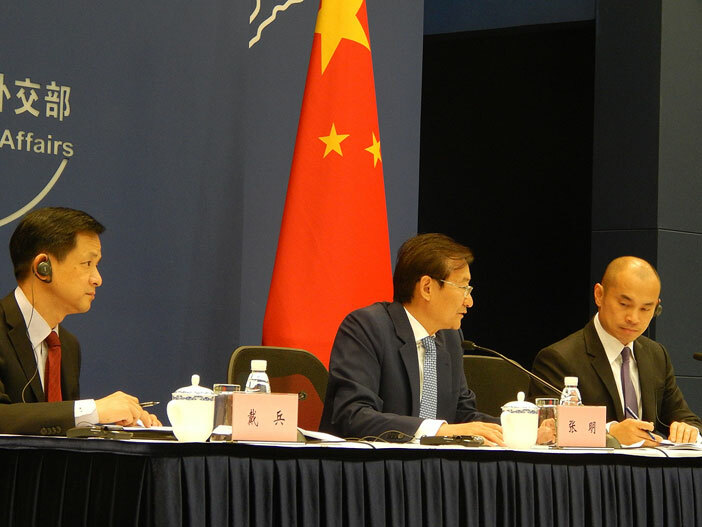 Another $5b will go to the China-Africa Development Fund, a private equity arm of the China Development Bank, designed to fund Chinese businesses to invest in Africa.

An extra $5b will cater for a Special Loan for the Development of African SMEs and $10b will form the initial capital for the China-Africa Production Capacity Cooperation Fund.

It is one of the largest multilateral funding packages from one country to Africa and has been touted as relief from western aid that often has multiple strings attached to it.

Several companies and institutions from Africa and China are expected to sign cooperation agreements during the two-day meeting in Beijing.

But while African countries have warmed up to the new fund as the new engine for the continent's development, some analysts have warned that it may increase the debt burden.
Zhang allays the fears maintaining that China will only support specific projects after a thorough scrutiny to ensure that they have economic and social benefits.

"The funds are for investment projects. Feasibility studies and full appraisal of the projects will be conducted by Chinese government departments and African technocrats," he said.

He also downplayed perceptions by some observers that China's increased investment in Africa in recent years is an attempt to unseat western countries.

"We don't see it that way. Africa has a right to choose its partners. Relations between China and Africa are an example of South to South cooperation built on sincerity and friendship," he stated.