The Speaker, Rt Hon Daniel F. Kidega communicates to the Assembly at the start of the Special Sitting. In the foreground is Clerk, Kenneth Madete (left) and Senior Clerk Assistant, Stephen Mugume

It was an emotional send-off for the late Hon Hafsa Mossi at a one-day Special Sitting held in Arusha on Thursday  with EALA legislators condemning in the strongest terms possible, the despicable, brutal and dastardly murder.

With that, the Assembly underscored the need for instituting independent investigations by credible organization(s) to unearth the killers of the late Hon Mossi, while remaining resolute that peace, security and stability should be immediately restored in Burundi.

The Resolution which condemned the killing of the fallen legislator while paying special tribute to her, was moved by the Chair of the Committee on Legal Rules Privileges, Hon Peter Mathuki, seconded by Hon Dora Byamukama and supported by the entire House.

In the foregoing, the Assembly urged the Summit of EAC Heads of State to ensure the on-going mediation deliberations are taken seriously by all parties. 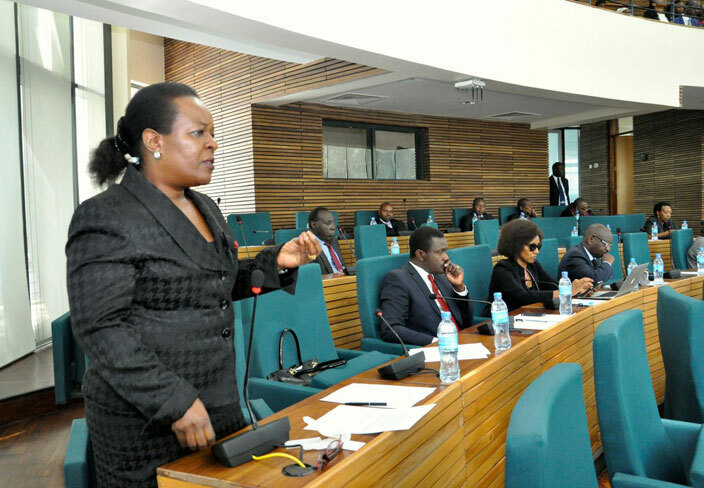 "The Assembly calls upon the Summit of the East African Community Heads of State to reign in their powers and authority and take such stern measures as to ensure that both sides in Burundi take the ongoing mediation efforts seriously so that peace, security and stability are restored in the said country in shortest time possible", a section of the Resolution read.

The House was unanimous that the use of political assassinations or murder as a tool to settle political differences was not only myopic, cowardly and despicable but that it had no place in the political dispensation of the modern world of democracy, freedom of expression and association.

In the regard, EALA underscored the need for the Government of Burundi to put in place security measures that ensure safety of lives and property of all people irrespective of their political leanings.

The Resolution notes with deep concern that a spate of targeted murders of political leaders and politically active citizens have been realized on both sides of the political divide since the country plunged into a political crisis resultant from the controversial Presidential elections held in July 2015.

The Resolution further calls upon the EAC Secretariat to monitor, assess and report to this Assembly at its next Plenary Sitting in August, on the safety and security situation in Burundi. 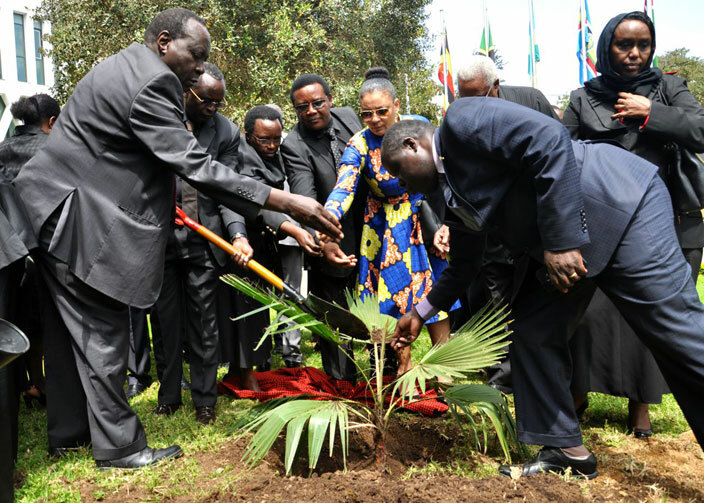 Hon Hafsa Mossi was gunned down by unknown assailants a week ago in Bujumbura, Burundi.  She is survived by three daughters, Nahimana Astona, Nahimana Dada and Semanyenzi Ummu-Aiman.

The late Mossi joined Government in 2007 then as Minister for Information, Communication, Relations with Parliament and Government Spokesperson.  She was also a politician and a Member of the CNDD-FDD party in Burundi.

She is a former journalist and national correspondent broadcasting for the British Broadcasting Corporation Swahili Service, having had stints in Bujumbura and in London.

During debate, the entire House eulogized Hon Mossi as a peace maker and said her death was a big blow to Burundi, the Assembly and the EAC in totality.

The Minister for EAC, Burundi, Hon Leontine Nzeyimana assured the House the Government of Burundi was investigating the matter and appealed to the Assembly not to isolate the country.

The Speaker of EALA called for the meeting in accordance with Rule 10 (2) of the Rules of Procedure of the House.

Is Uganda failing its senior citizens?

AU urged to adopt a protocol on older people's rights