Altogether 73 girls from different places have benefited from the initiative

Altogether 73 girls from different places have benefited from the initiative

Mbuya-based Sports Children's Taekwondo Academy has embarked on a recruitment drive for girls to join the martial art.

As part of the school outreach programme for the academy, promising girls in the area have been availed study scholarships in schools around the Kampala suburb.

"As a teacher, I understand how important education is for the girl-child. This (scholarship) gives an opportunity for girls to do what they like," she said.

"We are trying to support girls as much we can because educating girls is a good uplift to families in the communities," said Prinsep during her tour at in Uphill College in Mbuya on Monday.

Altogether 73 girls from different places have benefited from the study scholarships in both primary and secondary schools.

According to the academy founder Ahmed Bamuwayira, taekwondo plays a big role in disadvantaged communities in slums.

"Besides fitness and defence, taekwondo inculcates a spirit of discipline in the youth. The involvement of girls improves lives in communities," he said. 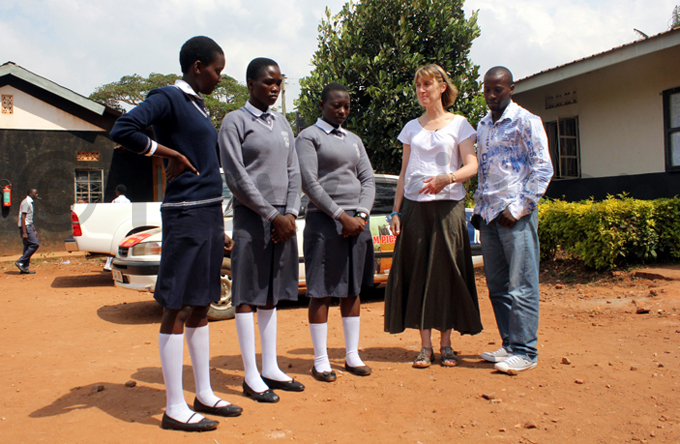 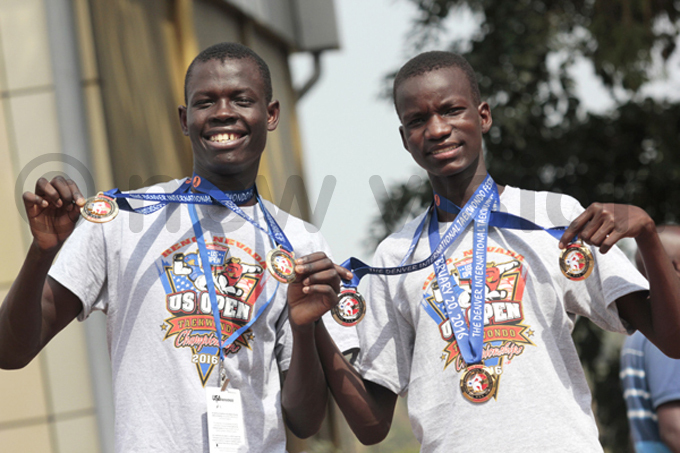 Royson Okwera (R) and Ocira Oswaldo show off their medals up on return from the US Open on Tuesday. Photo by Samson Opus

Bamuwayira plans to enter a team of four for the World Junior Championships in Burnaby City, Canada on November 16-20.

Matooke prices on the increase