IOC's future at stake as it ponders Russia...
Next Story

How Brazil made a Japanese sport its own

The sport's founder spread judo to Europe and the Americas around the turn of the 20th century, but Brazil was slow to catch on.

The sport's founder spread judo to Europe and the Americas around the turn of the 20th century, but Brazil was slow to catch on.

Frenchman Georges Mehdi speaks perfect Portuguese, so there's no problem communicating with the ranks of Brazilian judo black belts. But when he gives lessons in Japanese discipline, they don't seem to understand.

"When I start to talk, you must sit," the 86-year-old judo master, who has a rare ninth dan belt, reprimands the more than 100 judokas attending a master class in a Rio de Janeiro gym.

"This is judo, not where you come to laugh!"

Startled, the Brazilians, all adults and many of them instructors themselves, fall silent -- and sit.

Judo, a more than century-old Japanese martial art imbued with notions of discipline, respect and hierarchy, might sound culturally a world away from Brazil, a country so relaxed as to verge frequently on chaos.

Yet Brazil has become a judo powerhouse, with 19 Olympic medals and expectations of more next month when Rio will be the first South American city to host the Summer Games.

How did it happen? 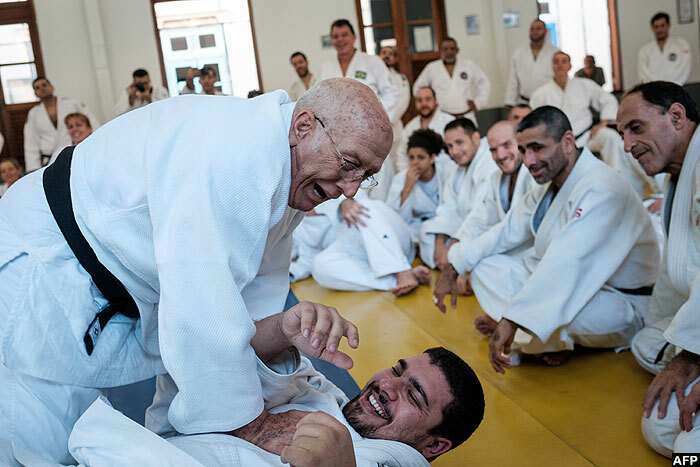 Brazil's world-girdling journey from judo zero to podium regular is as twisted as the most complicated judo throw.

The sport's founder, Jigoro Kano, spread judo to Europe and the Americas around the turn of the 20th century, but Brazil was slow to catch on.

For decades, judo remained largely restricted to the Japanese immigrant community based in Sao Paulo. When Brazil won its first judo Olympic medal in 1972, it was thanks to Chiaki Ishii, a Japanese-born and raised immigrant.

By then, though, the sport was finally going mainstream and another immigrant -- this time a Frenchman turned Brazilian with a love of Japan -- was part of the reason.

Mehdi launched his judo career in Brazil in the early 1950s after arriving in the country when he was about 17, having left behind his hometown of Saint-Etienne and the lingering shadow of World War II.

"I didn't want to stay in France anymore. I was fighting in the streets every day," he said during a break at the master class. "My mother was fed up with me."

"But then after being Brazilian champion in all categories, I understood that I didn't know anything," Mehdi says. "So I decided to go to Japan."

During almost five years under Japanese masters like the legendary Isao Okano, Mehdi says he learned what was really missing back in Brazil -- not so much technique but rather judo's deeper qualities.

"Discipline, education, traditions and being serious. The Brazilians didn't have any of that," he said.

Upon his return to Rio, Mehdi remained one of Brazil's top judokas, winning medals in the 1963 and 1967 Pan-American Games, and became national coach.

With a reputation for strictness and dedication, he introduced modern methods like circuit training and pushed the sport out of the margins, topping up his knowledge with regular visits to Japan.

Today, Brazil is ninth in the Olympic judo medal haul, if you count the Soviet Union. That's far behind the sport's kings Japan, France and South Korea, but very much elite.

At the Rio Games, the judo team hopes to make the most of home advantage, which automatically ensured places in every weight class.

Oswaldo Simoes, a veteran of the 1980 Brazilian Olympic team in Moscow, reckons the men's and women's teams could each get three medals.

"Today judo has become a tradition in Brazil. It's on every corner -- and Georges Mehdi was part of that," said the 63-year-old Simoes, a seventh dan black belt who was a Pan-American champion and now teaches. 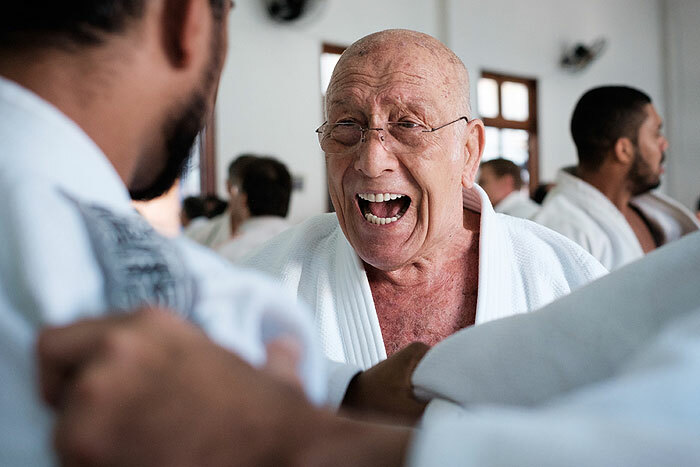 If discipline was the root of Mehdi's success, his purist approach may have also led to his decade-long national coaching and playing career ending in acrimony.

He had a major row with the Brazilian Judo Confederation over what he says was improper behavior during the 1967 World Championships at Salt Lake City.

"I was expelled by the confederation because I was very strict," he said, adding that he still finds "Brazilians are badly brought up."

Afterwards, Mehdi dedicated himself to teaching around the world, but even now his intensity can take his adopted compatriots by surprise.

During the master class, Mehdi, who still has deadly throwing skills despite his age, frequently expressed exasperation.

"When I call you to come, you don't shuffle over!" Mehdi boomed at a black belt. "In Japan you'd never do that. You'd come running. So go back and come properly!"

Vania Benzaquen, a 46-year-old judoka who trains regularly with Mehdi at his club in southern Rio, said, "You go to some academies in Brazil and you'll see people lying on the tatami talking and laughing. Not with him, though."

"He demands we pay attention to detail."