Kidega urges govt to introduce computers i...
Next Story

Amongi was appointed Minister of Lands, Housing and Urban Development

Amongi was appointed Minister of Lands, Housing and Urban Development

Oyam South Member of Parliament Betty Amongi Ongom, and wife to Lira Municipality MP Jimmy Akena has received a hero's welcome during her first homecoming as a minister in the NRM government.

A member of the opposition Uganda People's Congress (UPC) party, Amongi was appointed Minister of Lands, Housing and Urban Development by President Yoweri Museveni in the June cabinet reshuffle

As the long motorcade snake along the Kamdini Road, Amongi made stop overs at Nora Trading centre and Kamdini town board where she greeted the excited supporters before proceeding to her parents' home where she laid a wreath on the grave of her parents Romanos Ongom Alobo and Phoebe Anges Achieng Ongom.

Amongi told supporters that being appointed a minister will not stop her from fulfilling the pledges she made during her campaign.

"I want the issue of land conflict to end. As minister of lands, you should ensure that you benefit from your land," she told supporters at Kamdini.

Amongi, the chairperson of the Great Lakes Parliamentary Forum on Peace (AMANI) and the coordinator of the Northern Uganda Women's Forum also visited Minakulu Primary School, her former school adjacent to her parents' home and signed the visitor's book. 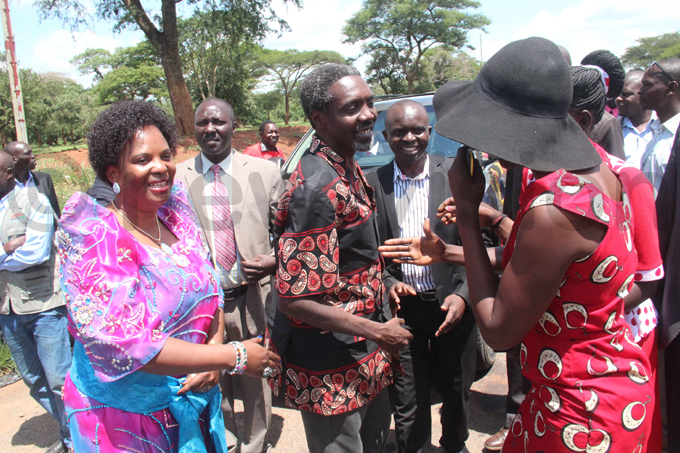 She then visited her former church Adel Catholic Chapel where she was baptized and was blessed by the Parish priest before proceeding to the main venue for thanks giving prayer at Adel Primary School.

She later hosted her guests to a meal where seven cows were slaughtered.

Amongi told supporters that President Museveni has assigned her and her team to ensure that the land injustice in Buganda and Bunyoro and others parts where the lawful and bonafide occupants who don't own land should own it.

She said she was also instructed to ensure that where there is customary land ownership, and owners are engaged in production to get money out of their land through agricultural.

She encouraged the people to use the clan leaders to resolve land conflicts are a result of customary land ownership.

"If the cultural leaders fail to resolve the conflict, that is when they can go to police or magistrates courts," she said. 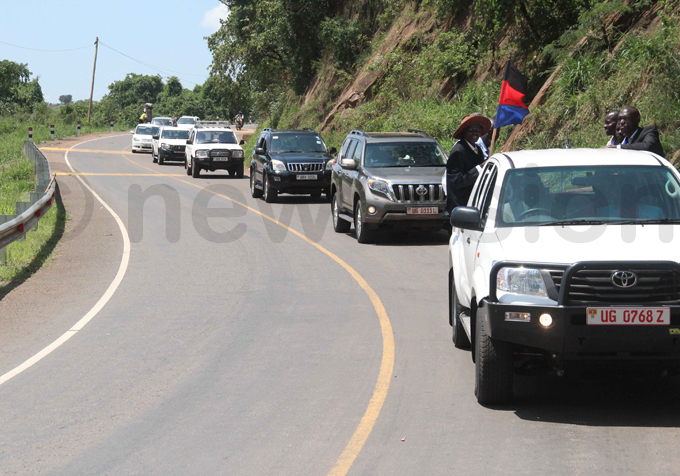 Amongi said government has a plan it's rolling out which will ensure that one can turn customary land into freehold. She said the clan leaders will be the ones to issue certificates of customary land ownership to avoid conflicts.

The chairperson of Lira district Alex Oremo Alot commended Amongi for accepting to serve as a minister in the NRM government.

He urged the minister to check on fake land titles now mushrooming in the country. He said private land surveyors are now conniving with unscrupulous people to take over land that does not belong to them.

Kwiyucwiny urged the people to work together for development. She said the NRM government has good intentions for the people of Northern Uganda which is 20 years behind the rest of Uganda. 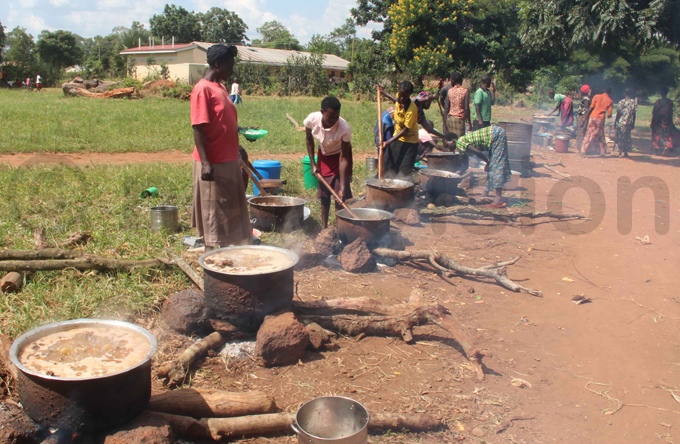 Amongi's husband Jimmy Akena, UPC faction party president said he is the happiest person because they managed to bring together all people of different political leanings to a dream he had been nurturing of sharing a vision of a united Uganda.

"To reach where we have reached, we have taken bold steps. We have been able to put a lot behind us and seek a better future," Akena said.

He added that he will not allow people who are unserious, who are not committed, who are not concerned about the future of the people of Uganda to determine where Uganda is going.