The speaker of East African Legislative Assembly (EALA), Dan Kidega has appealed to government to install computers in all primary schools in the northern region to train pupils in new technology.

He added that there is need to train pupils to use computers as work is done using computers since the world has gone digital.

"We must help our pupils cope with new technology. The world is going digital, but pupils in the north here are using sticks to write on the ground, when will they learn to use computers?" he asked.

Kidega made the remark on Saturday during Irene Gleeson Memorial Charity Walk 2016 to support disadvantaged pupils in Kitgum and Lamwo districts with 10,000 books and pens.

Gleeson who was known as ‘Maama Irene' in Kitgum came to Uganda in 1991 and settled in Kitgum district where she was giving free education, meals, medication and spiritual nourishment through her foundation IGF.

She succumbed to throat cancer in July 2013 and by the time of her death after she had put up four primary schools, a vocational institute, a community radio and churches in Kitgum and Lamwo districts.

The organization last year completed her last project; a women's hospital which is now operating in Kitgum district.

Kidega who was also the chief walker in the charity event said there is need for affirmative action in northern Uganda as the region is still recovering from war that lasted over 20 years.

He added that most of the pupils in the region cannot compete with other parts of Uganda, because they perform worst in exams.

He cited the example of one primary school in Pader district where pupils sit under trees and write on the ground.

Kidega asked parents to give their children a foundation of discipline so that they excel in their academic. 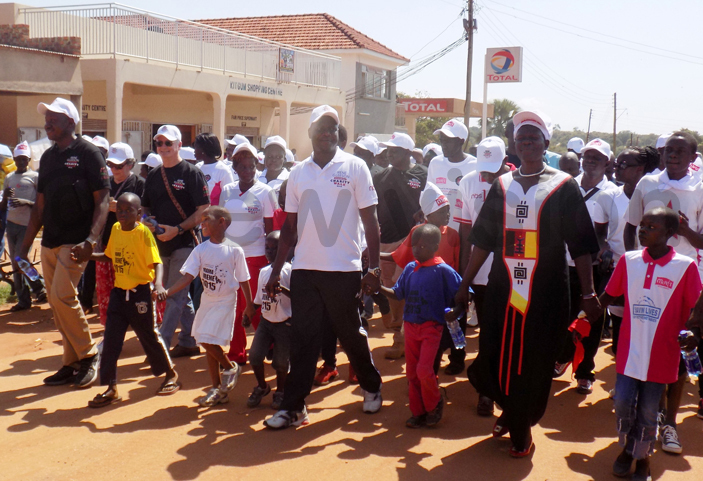 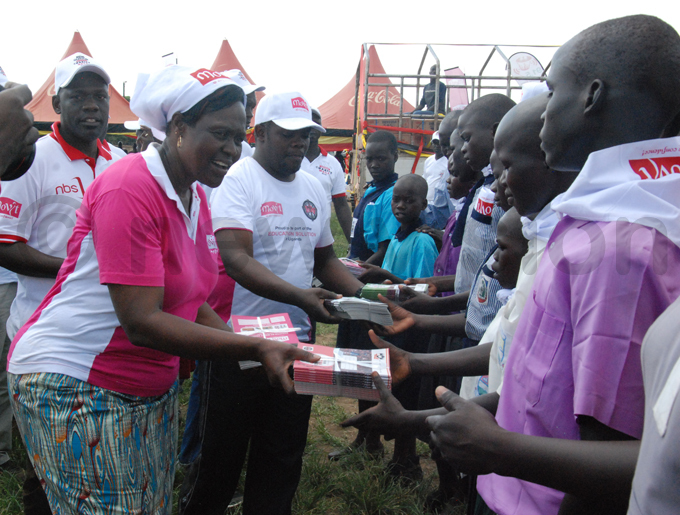 He added that even if government builds schools, provides UPE, USE and scholarships in universities, if children are not taught discipline, the initiative will be wasted.

Kidega also urged people of northern region to guard the peace that are in the region.

"I appealed to people not to go for war again, but work hard to transform, protect our culture, produce food for people in East African countries. East Africans are waiting for food, they are starving, and we can be the basket for food for East Africa," he noted.

"Much as government has introduced UPE and USE, there is need for you to support your children at home and school so that they study. This government initiative is a supplement," Rwot Acana II added.

Rwot Acana said there is need to build a monument as a memory for great work of Irene for supporting disadvantage children.

Kitgum Municipality Council last year named the major road linking Kitgum to Lamwo District after her as a sign of appreciation for her great contribution to the community.

The interview and after