PIC: Emmah Kariuki inserts an implant in a client at an outreach in Kangemi, Kenya. (Credit: Catherine Mwesigwa Kizza)

Jane (not real name) lies on an examination bed in the cabin of an outreach wagon at the Kangemi SDA school grounds in Kangemi informal settlement near Nairobi. She is there to get a contraceptive implant.

Emmah Kariuki, a Technical Officer for JPIEGO and her colleague wash and scrub in a sink in the corner of the cabin and put on their gloves to attend to her. In a moment, one cleans the site for the insertion as the other prepares the needle to give Jane a local anaesthetic on the arm. Another needle, one rod, then a second one, a little bleeding and it is done. Some explanations in a gentle tone as Kariuki cleans the site of a blood smudge. A few minutes later, Jane will walk out to return to her home across the road, with at least one worry off her chest - a pregnancy she is not yet ready for.

Jane is just one of more than 1000 clients who attended the community outreach programme this informal settlement near Nairobi at the end of June. The outreach offers integrated health services from voluntary counselling and testing for HIV, cervical cancer screening and treatment (chyrotherapy). At the outreach children are dewormed, immunised and monitored for growth. With and attendance of about 400 daily, a three-day event can reach at least 1,200 clients.

Without the outreach, she would have had to go to the health facility two-kilometres away.

"That (the distance) discourages women from seeking services," says Kariuki. She explains that response to community services is overwhelming because the services are brought nearer to the people.

"Here she can get someone to queue for her as she attends to her market stall. She only comes in when there are two to three people ahead of her in the queue instead of spending up to three hours at the health centre," she explains.

Nelson Keyonzo, Project Director of Tupange, a programme to scale up Family Planning services attributes the success partly to a revitalised community based programme, as evidenced in the community outreach programmes.

The Tupange program increased contraceptive use among the urban poor in three large Kenyan cities by 13.3% in four years. Tupange's outreach events bring in about 30% of new FP clients.

Kenya is one of the countries that committed to increasing voluntary modern contraceptives access to vulnerable women by 2020 at the London Summit in 2012 and has achieved the target it set. 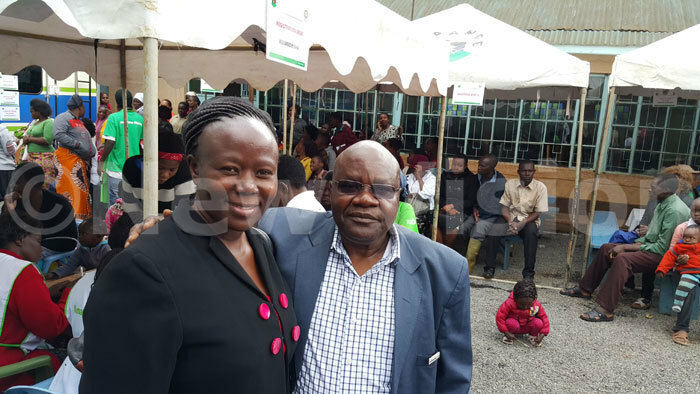 By June 2016, the mid-point year to the target, only 24million more women have been reached," Melinda Gates told the media and Family Planning advocates who met to reflect on progress made since 2012 in Kangemi, Kenya at the end of last month. Gates underlined the importance of attaining the commitment if the UN goal of universal access by 2030 is to be achieved.

"We need to have and sustain political will. It means giving services. It means talking to people and making sure they understand their bodies and family planning," she said.

It also means looking at the data that tells us where we are, country by country on this goal, using it and planning around it," she added.

Family Planning is one of the cheapest interventions to foster development.

"With smaller, well-spaced families, it makes mothers more productive because pregnancies are predictable and enables them to be able to engage in economic activities," Dr Cleopa Mailu, Kenya's cabinet secretary for Health observed.

A McKinsey Global Institute, 2015 study launched at Women Deliver 2016 conference in Copenhagen in May found that in a "full potential scenario", women participation in the economy at the same level as men, would add up to US$28 trillion, or 26 per cent of annual global GDP in 2025, equivalent to the current economies of United States and China combined.

A 2007 IZA Discussion paper found that rural women in India, who had been visited by a Family Planning provider, were more likely to be employed. The study found that this intervention was more effective for women's employment than the government policies for boosting household income and promoting employment.

UNFPA's Executive Director, Dr. Babatunde Osomentime said: "If women and girls are allowed to reach their full potential, the growth of Africa's GDP alone is 500billion dollars per year for 30 years."

"If a rural woman has the chance to space the births of her children, she unlocks a cycle of poverty for herself and her family," she said.

Sharing her observation from talking to women and girls around the world, she said they testify to being able to feed, clothe and educate their children and even get jobs when they are able to space their births.

"This is what transforms families and societies," she said.

Gates attributed Kenya's Family Planning success to the commitment made at national level as well as community volunteers who share their Family Planning experiences through various platforms including social media and from the pulpit.

To make family planning a social norm, Kelonzo said they trained champions and also involved local leaders to address the myths and misconceptions.

In the health facilities they improved availability of choice of methods to the lowest level of healthcare.

"Earlier women could only choose between pills and depo but now all (methods) are available. Uptake of 3 -5 year implants has gone up," he said.

The program also trained providers through mentorship. They conducted whole site training sessions where everybody at a health centre, from cleaners to the head, would be aware of what was happening at the centre. Because everybody was sensitised, there were no missed opportunities," he said.

Tupange was funded by Bill & Melinda Gates Foundation and implemented by Jhpiego, Marie Stopes Kenya, Pharm Access Africa Ltd and Kenya's National Council on Population and Development and John Hopkins University Centre for Communications Programs. The quick question is: Can the success be scaled up?

The response from Dr Rose Misati, the sub county medical officer for Dagoretti sub county where Kangemi falls gives hope. She said: "Projects come and go: Most interventions die with their exit. However unlike most projects, Tupange has left us with the FP toolkit that we can use to expand successful interventions beyond the project sites."

Progress on family planning: Are we where we ought to be?