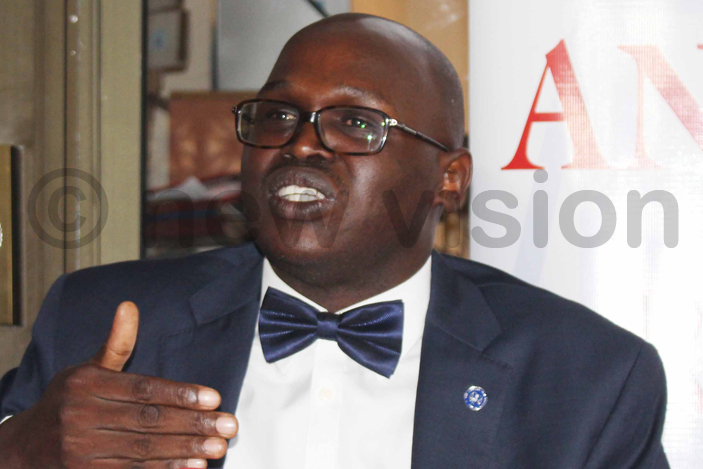 Uganda Law society (ULS) has said the country cannot achieve the dream of becoming a middle income country unless problems bedevilling the land sector are addressed.

The body which brings together over 2,300 lawyers in the country says mismanagement and corruption, especially in the land registry is hampering economic activity in the country.

"Land is an enabler of many critical things; it's indispensable for better housing and is the main security business people use to get credit. A breakdown in service delivery affects all those. So unless we streamline the industry, middle income status will be a pipe dream," ULS president Francis Gimara said.

World Bank defines countries in the middles income level as those with a gross national income (GNI) per capita in the range of $ 4,036 and $12,475. GNI is the dollar value of a country's final income in a year, divided by its population. Uganda's GNI is currently at $1,780 according to World Bank.

Presenting a petition to the newly appointed ministers at the ministry's headquarters in Kampala on Thursday, Gimara revealed that they have strong evidence linking some top lands officials to several acts of fraud in the land registry.

Gimara told the gathering which included ministers Betty Amongi and her deputies Persis Namuganza and Chris Baryomunsi that there is a syndicated system of issuance of multiple land titles for a single piece of land and also for non-existing land by some registry officials.

Other cases include demands for bribes and fraudulent transfers of land.

"At an appropriate time we will bring evidence so action can be done about the wrong apples," Gimara said at the meeting, which also had technical staff of the ministry in attendance.

Gimara's remarks come against a backdrop of a rising outcry against land registry bosses.

She explained that her family had lost a huge chunk of land at Najjanakumbi; a city suburb, after unscrupulous people at the registry connived with unknown people and transferred land belonging to their late father into someone else's names.

She said the thugs took advantage of the death of their father in 1997 to grab the land he had acquired back in 1969.

"Last year, I discovered that a one Winfred Najjuko had obtained a certificate of title to our land located on Block 14, Plot 401, at Kibuga in Najjanankumbi," she said.

Gimara was guarded when asked to give the identity of perpetrators or the number of officials against whom they have evidence.

However, Lands ministry Permanent Secretary Gabindadde Musoke told New Vision that they have been getting an avalanche of complaints against some of their top staff.

"We were desperate to act but it was difficult to pin anyone because there's was always no evidence," he said.

Gimara said on average they receive about 15 cases a day involving land and 60% of them involve land fraud.

Reacting to Gimara's revelations, Minister Amongi said she welcomed the efforts to help address the problem and promised swift action once she gets the evidence.

She said she could not understand why the registry which has received colossal amounts of money like many other government agencies to computerize its transactions was performing worse off than before.

"Uganda Revenue Authority is dealing in much more complex transactions yet they have made things easier for their clients. One can be in London and clear goods without setting foot at URA. I don't understand why things can't work here," she said.

The computerization exercise in land registry started way back in 2003. At a cost of $1m (about sh33b), the computerization was touted as a cure to fraud and long queues at the registry. But, there is yet to be an improvement in services there.

Namuganza said there was need to look beyond the laws of the country to solve the problem.

She narrated a story of how President Yoweri Museveni recently became so concerned he ordered for a team of lawyers to be dispatched to affected areas to help the poor victims of land grabbing.

However, she said the project was largely a failure because of some of the lawyers contracted by the President ended up siding with land grabbers, forcing him to withdraw the initiative.