Irene Gleeson left the comfort of Australia and risked her life to give the children of northern Uganda a future.

Irene Gleeson left the comfort of Australia and risked her life to give the children of northern Uganda a future.

PIC:Irene Gleeson at the Chilcare Kitgum Servants School in Uganda in 2007.Photo/File

Gleeson better known as ‘Maama Irene' in Kitgum came to Uganda in 1991 and settled in war-torn Kitgum district where she was giving free education, meals, medication and spiritual nourishment through her   Foundation (IGF).

She succumbed to throat cancer in July 2013 and by the time of her death; she had put up four primary schools, a vocational institute, a community radio and the biggest Church of 1,500 seater within Kitgum and Lamwo districts.
The organization last year completed her last project of a women's hospital which is now operating in Kitgum district.

"This is a woman who left the comfort of Australia and risked her life to give the children of northern Uganda a future; she sold all her property in Australia including her two beach houses to raiseenough resources to take care of children most of whom were orphans and ex-child soldiers. 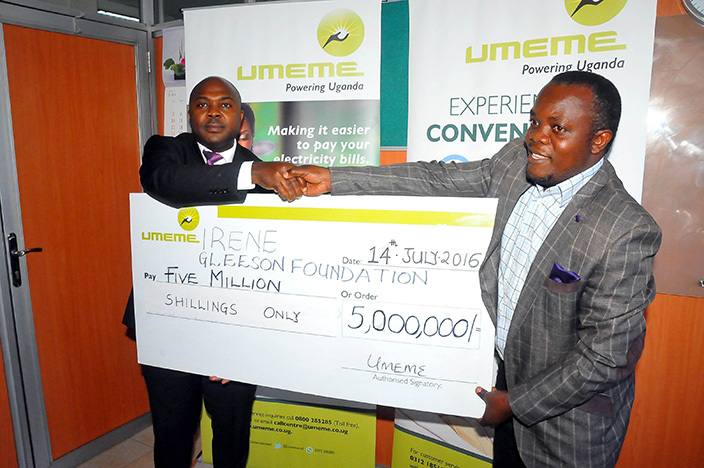 Managing Director of Umeme Uganda, Selestino Balungi hands over a dummy cheque of sh5m to Rev. Patrick Ssemambo of Gleeson Foundation to buy books for pupils in Lamwo and Kitgum districts which performed poorly in last year's PLE. This was on July 14,2016 2016.Photos/ Wilfred Sanya

"Over 25,000 children have gone through this organization and are now leading a decent life," John Paul Kiffasi, IGF's Executive Director noted.

Kitgum Municipality Council last year named the major road linking Kitgum to Lamwo District after her as a gesture of appreciation for her great contribution to community.

Due to poor performances in Kitgum and Lamwo districts in last year's PLE examinations, the organization has focused on calling upon well-wishers to contribute pens and books to the children to enable them perform better this time round.

"Most of the children are orphans and some who have parents or guardians are too poor to provide scholastic materials to them and many cut an exercise book into two so we are on a mission of raising at least 10, 000 dozens of books and have them distributed to children to enable them revise their work," Kiffasi added.

The Prime Minister Dr. Ruhakana Rugunda is the chief guest and at least 20,000 people are expected to grace the function to be held at Boma Grounds, Kitgum . 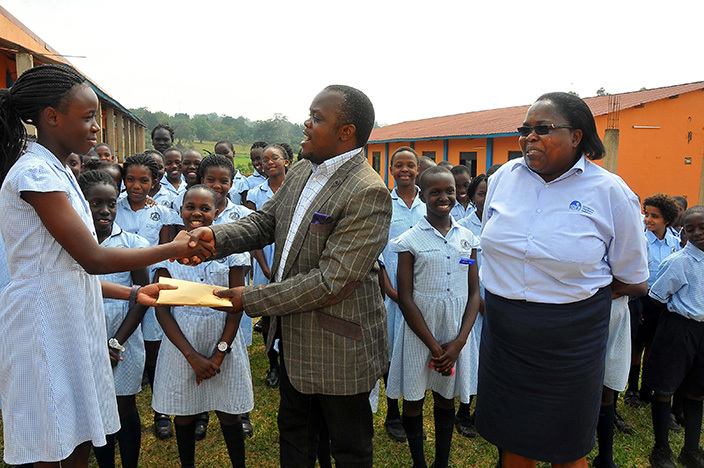