KAMPALA - With the extensive environmental degradation in the country, National Water and Sewerage Cooperation (NWSC) has partnered with schools to promote environmental conservation.

The national water agency says massive encroachment on wetlands and deforestation has seriously impacted on the quality of water, thus increasing the cost filtration and treatment.

NWSC boss, Dr. Eng. Silver Mugisha said encroachment on wetlands and forests leads to massive erosion and pollution of the main water sources because everything goes direct to the water bodies without being filtered.

According to NWSC, filtering and treatment of Kampala water (Kampala, Wakiso and Mukono) increased by sh100m, amounting to about sh700m every month, which quite costly. 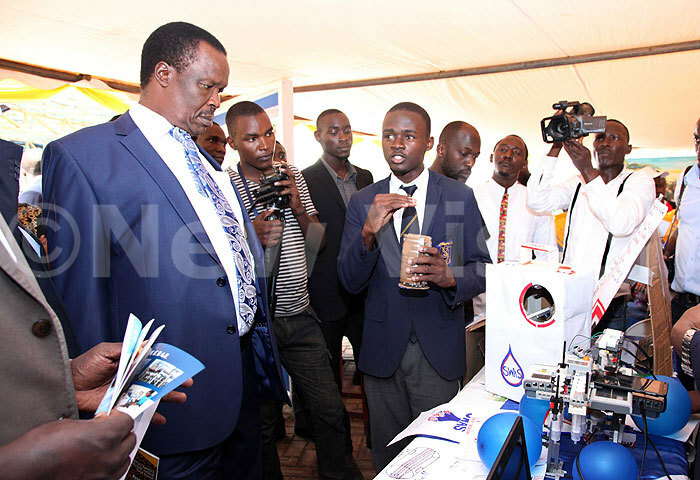 Speaking at the School Water and Sanitation (SWAS) clubs convention at the NWSC International Resource Center in Bugolobi, Mugisha said they have resolved to engage primary and secondary schools to push the campaign of environmental conservation in line with water conservation.

The event attracted over 50 schools and some schools were awarded for their suggested innovations in water and sanitation.

Through SWAS clubs, schools are sensitized and empowered to become ambassadors in communities and their homes.

They educate them about the importance of the water sources in the climate change cycle, how to promote hygiene and sanitation, encourage them to plant trees and protecting forests, wetlands  and water sources.

The SWAS clubs hold water and sanitation days in which they do different activities like competing in poems, debates, essays, quizzes, drama, green campaign (tree planting) and developing techno innovations.

Mugisha said children are the most affected by waterbone diseases like diarrhea, a reason why “they must be guided as leaders of tomorrow”. 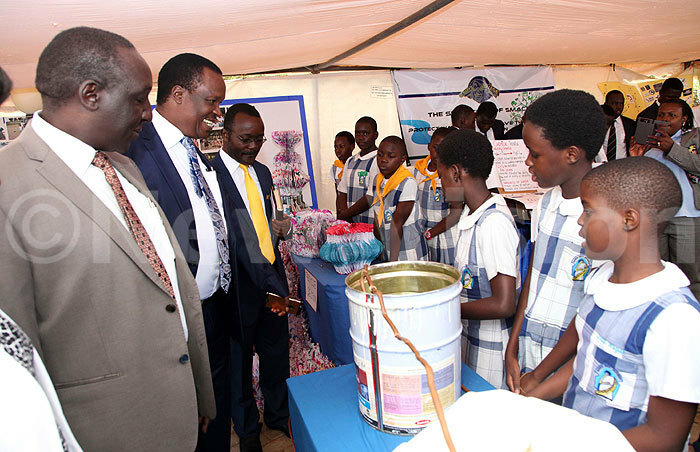 During the convention, pupils of Greenhill Academy explained how to reserve water. (Credit: Hajarah Nalwadda)

The program targets all schools countrywide and has already signed partnerships with 100 schools.

NWSC publicist, Sam Apedel said pollution remains a big challenge, saying a lot of waste ends in the lake. "Because of this, we now use more chemicals to purify the water for consumption," he said.

Meanwhile, the national water body’s geographical coverage has increased from 24 towns in 2013 to now 167 towns, with 77% of the people in towns accessing clean water.

The minister for water and environment, Sam Cheptoris said they will work with NWSC to ensure that SWAS clubs are introduced in all schools countrywide.

"We are going to start regional competitions for schools to compete to promote environmental conservation, water and sanitation. Pollution has become a great danger to our environment.”

Cheptoris said they plan to work with NWSC and line ministries to provide free tree seedlings to schools to promote tree planting.

IGG to seize property of 3 leaders