BIDCO oil palm outgrower Ewulaliyo Nabbosa harvesting a fruit bunch from her plantation. Most banks shy away from financing the agricultural sector

Last year, Uganda was ranked the number one entrepreneur country in the world and this creates opportunities. Daniel Kaggwa, the country manager of Business Partners International, says Uganda is a growth centre for Africa due to the country's growing economy over the past five-year period, estimated at 5% growth rate.

"The country is also experiencing an upsurge in middle class and the level at which new business enterprises are being established is increasing. Entrepreneurship is thriving in Uganda and currently contributes a huge percentage to the country's Gross Domestic Product (GDP). For the small and medium enterprise sector, it is a good opportunity for entrepreneurs to move their business to the next level," says Kaggwa.

While delivering a keynote speech during the German- Africa Business Day in Germany recently, President Yoweri Museveni said Uganda's economy has been growing at the rate of 6.6% for the last 20 years in spite of lack of electricity, high transport costs on account of poor roads, an antiquated railway system and costly money from commercial banks.

"We are, however, solving these bottlenecks. Each year, we are investing the equivalent of $900m of our money in electricity generation and distribution. We shall never ever have an electricity deficit again," Museveni told the congregation.

The Rev. Canon Aaron Mwesigye, the former senior presidential advisor on investments says potential investors in Uganda will find a well-regulated highly liberalised economy in which all sectors are open for investment and there is free movement of capital to and from the country.

"The 2013 Index of Economic Freedom ranked Uganda the eighth most free economy in Africa. Our business operating environment allows the full repatriation of profits after the mandatory taxes have been paid, as well as 100% foreign ownership of private investments. The incentive regime is structurally embedded in the country's tax laws which are nondiscriminatory and accessible to both domestic and foreign investment depending on the sector and level of investment," Mwesigye says.

He adds that apart from Uganda's labour being highly trained, English speaking and not costly, the minimum capital investment required for a foreign investor to be eligible to invest in the country in virtually any sector is $100,000. The government has also tried to provide a conducive environment for doing business in Uganda.

"We have a one stop centre for business registration and licensing at the Uganda Investment Authority. The centre also assists in tax advice and registration, immigration and work permit issues, land acquisition and verification, as well as environmental compliance and approvals. Accessing all these services under one roof saves the investor both time and money to have their projects licensed and implemented expeditiously," Mwesigye explains.

Among the investment opportunities in the country is agriculture, where Uganda has the unrivalled potential to be the food basket of the East African Community, as well as the Great Lakes regions.

"Opportunities in the agricultural sector include commercial farming and value addition, as well as the manufacture of inputs (fertilisers, pesticides), supply of agricultural machinery and the establishment of cold storage facilities, as well as the production of packing materials," Mwesigye says.

Uganda's pharmaceutical industry also presents numerous opportunities for new investors as reflected by the growing local and regional demand for medicines and health supplies. According to the Uganda Bureau of Statistics, 90% of the medicines in Uganda are mainly imported from India, Kenya, Netherlands, China and Denmark.

The growing demand for medicines and health supplies in Uganda has Instigated the evolvement of the pharmaceutical Industry evolving from two manufacturers in the 1990s to over 10 licensed manufacturers by 2010.

The sector has also recorded rapid growth in the number of pharmacies and drug shops countrywide, but these are predominant in urban and semi urban areas. "The sector provides numerous opportunities with an assured internal market and external market given that 90% of pharmaceuticals, sundries and medical equipment are imported into the country," Mwesigye said.

Other investment opportunity is in the energy sector. According to Mwesigye, Uganda enjoys sunshine throughout the year, making it feasible for solar energy. Also the various rivers interspersed with waterfalls are potential sites for micro hydro power development.

Mwesigye also says that organic wastes from households, institutions and agricultural production present huge promise for briquette and biogas production. However, despite this abundant natural resource base, the level of electrification in Uganda is still low, with less than 10% of the population connected to the national grid.

This means the energy sector has great potential for investment. Other viable investment opportunities that can be explored are in services, education, finance and health sectors. According to Mwesigye, the government has completely divested itself from these sectors and private investment is thriving.

"Uganda has positioned herself as an education hub in the region. There is also need for diverse financial solutions for the expanding middle class The health sector is also a viable sector for investment considering many Ugandans travel outside Uganda for specialised treatment and healthcare," Mwesigye says. 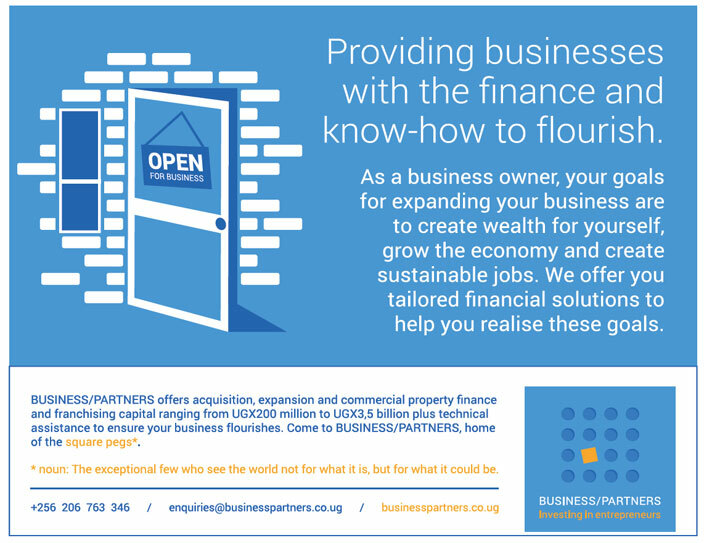 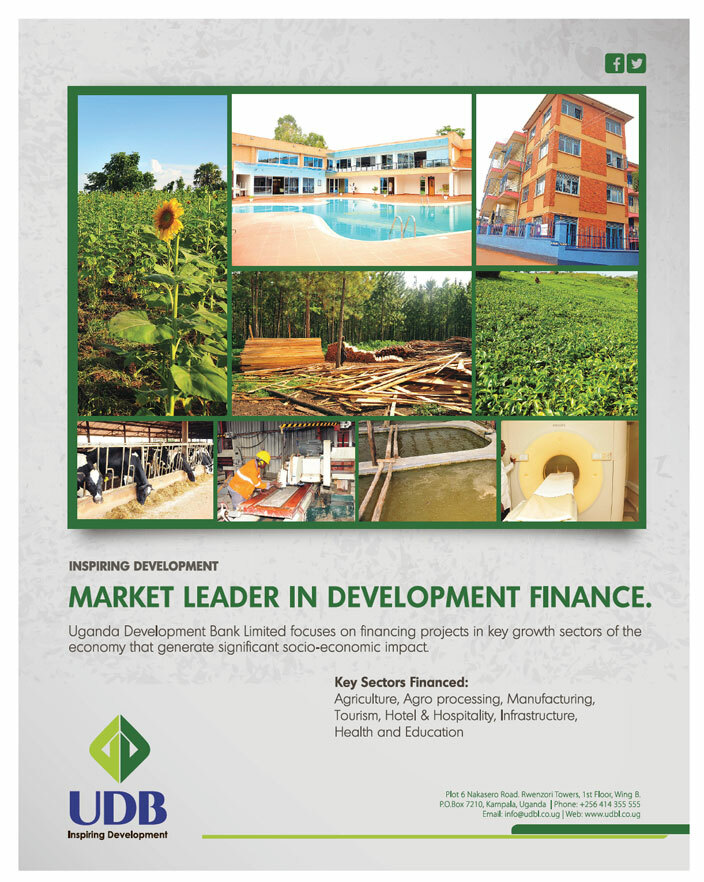