Nagasaki city Japan: a place of history, a...
Next Story

Nagasaki Japan: The ships, the bridges, the shrines

In Nagasaki’s Glover Garden, residences of former residents who settled there from countries in the Western world still stand.

The gardens feature the former Glover Residence, which, in addition to the gardens, was donated to the city of Nagasaki by the Nagasaki Shipyard of Mitsubishi Heavy Industries and opened to the public in 1957.

Six other Western-style residences from the Meiji era, (the Period that saw great change in the decades following the decisive defeat of the Tokugawa regime by pro-imperial forces at the Battle of Toba-Fushimi and the short Boshin War that followed as anti-Tokugawa forces pushed up from Kyoto to Edo and beyond) that had been built throughout the city were dismantled, moved, reconstructed and restored as important national cultural properties on this site.

They joined the former Glover Residence (A Scottish-born trader who became the first foreigner ever decorated by the Japanese government when he was awarded the Order of the Rising Sun (second class) in 1908), Frederick Ringer (was a British merchant who took over Thomas Glover's role as leader in the Nagasaki foreign settlement) and Alexander Air (a native of Britain, who served as manager of the Sailor's Institute in Nagasaki)

Inside the gardens, one can tour Japan's oldest wooden Western-style residence that belonged to Thomas B. Glover; he contributed to the modernization of Japan in shipbuilding, coal mining, and other fields.

The gardens, in addition to revealing the living circumstances of Nagasaki's foreign residents during what is known as "the period of foreign settlement" also display an abundance of fascinating natural beauty.

They now give everyone a chance to view the same scenery and relax in the same gentle breeze enjoyed by the renowned historical residents.

This seminary is a restored and preserved wooden two-storey building that was constructed in 1877 as Japan's first Protestant seminary.

Satoshi Murakami, one of the guides in Nagasaki says that the exhibitions provide details on Dejima's creation as well as its transition, articles of commerce, life on Dejima and the history up to the period of foreign settlement after Japan was opened to the world.

The place is full of interesting discoveries as well as buildings currently undergoing restoration. One of these is the annex building, a restored former stone warehouse constructed after Japan's opening to the world and it contains exhibits of archeological finds on Dejima.

Tall ships, both from home and abroad are brought to the port city of Nagasaki for a Japanese festival called “the tall ships event” every April and lasts until may every year. 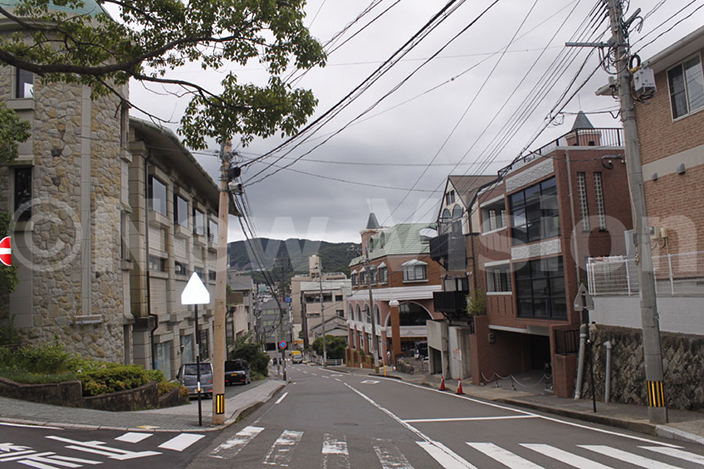 During the festival, sailing drill performances are exhibited and revelers are allowed to board the ships and look around or take a cruise around the Nagasaki Port.

This bridge is one that you cannot miss.

Opened in 1570, during the period of national isolation, the Nakajima River's importance to trade made it the central artery of the city.

According to Satoshi, Japan's first Chinese-style stone bridge known as “the Spectacles Bridge” was constructed by Mokusunyoujo, the second-generation Chinese monk of Kofukuji Temple in 1634.

The bridge gets its name from its resemblance to a pair of spectacles as the arches of the bridges are reflected as ovals on the surface of the river.

“This bridge, along with Edo's Nihonbashi Bridge and Iwakuni's Kintaikyou Bridge are considered the three most famous bridges in Japan. Although it is not well known, Spectacles Bridge was the inspiration for the Double Bridge of the Imperial Palace (the former site of Edo Castle's innermost circles of defense Edo Castle was the residence of the Tokugawa shogun who ruled Japan from 1603 to 1867),” he stresses.

He adds that by the end of the 17th century, following the construction of the Spectacles Bridge, numerous stone bridges were built for many of the roads over the Nakashima River, especially for roads that lead to temples.

After being burnt down by Christians during the Warring States period, this shrine was rebuilt in 1625 in Matsumori.

It was later moved to its current location high above the city center and is enjoyed by many people in Nagasaki. Every autumn the Nagasaki Kunchi Festival, one of the three biggest festivals in Japan, takes place here.

This large autumn festival hosts 59 separate odoricho, or neighborhood performance groups, that perform once every seven years on rotation. Each odoricho proudly showcases its own unique traditional performance and garb. Among them are performances influenced by China and Holland like the Dragon Dance and Oranda Manzai.

Taking place every autumn in Nagasaki, Nagasaki Kunchi is a lively festival with an exotic atmosphere that features the dragon dance, many different dances in colorful costumes, and parade floats.

Nagasaki Kunchi began in the Edo era from as far back as 1634. In that same year, land reclamation of Dejima, one of the Nagasaki's most important tourist locations, began. Dejima was an artificial island originally built for Portuguese residents and acted as the only open window to other countries in Japan after the Dutch East India Company moved there from Hirado. Megane-bashi (Spectacles Bridge), Japan’s first arched stone bridge, was built over Nakashimagawa River during this year as well.

Indeed the two days visit to this historic city leaves one appreciating how the residents have reserved their history for the future generation.

There is also the site of the Martyrdom hall of the 26 Saints of Japan In 1962. The site is in commemoration of these saints that occurred on Nishizaka hill. It was constructed concurrently with the adjoining Saint Filippo Nishizaka Church. 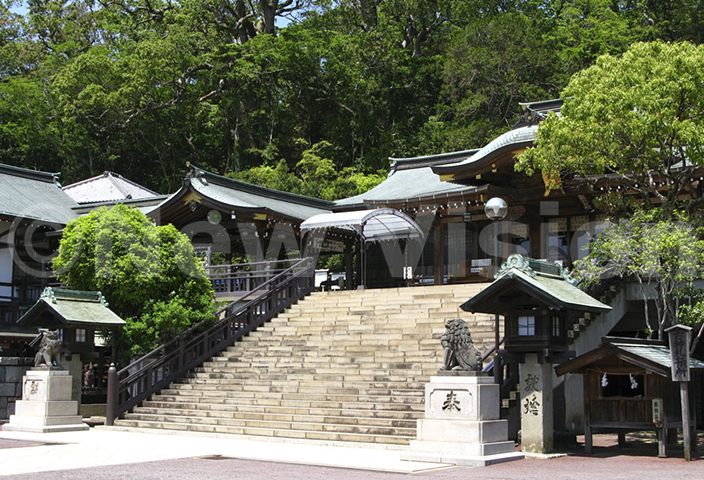 Exhibitions include a letter by the priest Nakaura Julien from the Tenshou youth facility, letters addressed to Portugal's King John III from Saint Francis Xavier, the record of the battle of Shimabara, the Maria Kannon sculpture, and a bronze Pieta from the 16th century, as well as frescoes and Japanese paintings.

The impressive cathedral built by the persecuted Christians of Urakami stands in Nagasaki. When the government repealed its prohibition of Christianity, the adherents of Urakami who

had regained their freedom took on the building of a church as their first project. Due to funding difficulties, however, construction did not get underway for another 20 years.

Finally, in 1914, this impressive structure was commemorated as Asia's leading Romanesque-style cathedral of brick construction. It featured Angelus bells from France in the front pair of towers, but these were unfortunately destroyed in the atomic bombing of 1945. One of the Angelus bells was actually blown away, along with the belfry, by the force of the blast.

Satoshi explains that the building was reconstructed in 1959 and was remodeled in 1980 with brick tiles and restored to its original appearance.

The bombed remnants of stone statues have been arranged in the surrounding area along with one bell that withstood the atomic bomb blast and continues to announce the hour three times a day.

This is listed as an Important Intangible Folk Cultural Property

River Semiliki might also become an area of dispute