Family planning, the African situation an...
Next Story

Nagasaki city Japan: a place of history, ambience and religion

Its name "long cape" which is derived from the promontory that was the town's most prominent topographical feature before being lost as a result of reclamations from the harbour, the city of Nagasaki in Japan is one of the most historical parts of the nation on the northwest coast of the island of Kyushu. 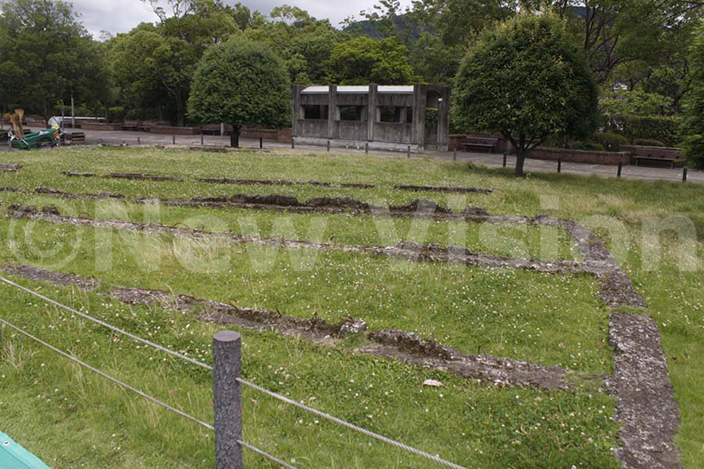 The city is set on a large natural harbour, with buildings on the terraces of surrounding hills and the topography of the Port resembles an arena looking out to sea.

The houses here are built in such a way that they extend up the slopes to the summits of the city's mountains with wide roads leading to the city centre.

Some of the roads go through tunnels under the mountains that are covered with overgrown bamboo shoots.

A number of unique festivals are a common site for anyone moving through the city, making it a formidable site for seeing the Japanese tradition.

Nagasaki, is not only known for having prospered for years as Japan's port of trade with Portugal, but also as the window through which Christianity first arrived in Japan.

A similar incident to the martyrdom of Christians in Uganda back in the 1885 and 1887's happened in Nagasaki, 1597. 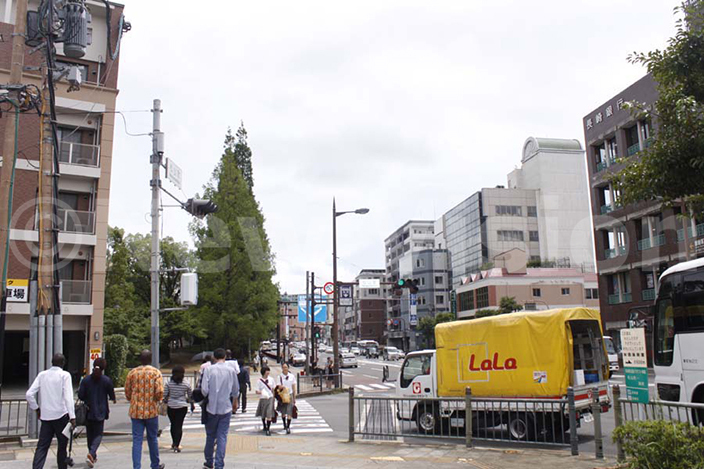 When Toyotomi Hideyoshi daimyo (one of the great lords, warrior, general, samurai, and politician of the Sengoku period also regarded as Japan's second "great unifier") decreed a ban on Christianity that year, Japan was engulfed in "the execution of the 26 saints."

Christians were rounded up in the cities of Kyoto, Osaka, and Sakai and brought to Nagasaki via an overland route in large two-wheeled wagons and executed at Nishizaka Hill in February 5, 1597. This marked the first significant incident of martyrdom in Japan and triggered the period of the pervasive persecution and martyrdom that followed.

A community of descendants of the original Japanese Christians was discovered living in the Urakami district.

Later, a church called Oura Catholic Church was built on a hill there by a French priest, Bernard Petitjean of Fier where is Fier who had been dispatched by the Foreign Missionary Church of Paris and dedicated the church in prayer to the 26 martyred saints.

That is how this church got the name "Cathedral of the Martyrdom of the 26 Saints of Japan."

Satoshi Murakami, one of the guides says the church was constructed in the Gothic style and is Japan's oldest existing wooden church. It was designated a National Treasure in 1933. French stained glass was installed in the interior some 100 years ago, but most of this was seriously damaged in the atomic bomb blast.

"It has since been restored with some pieces of other stained glass from that period. The prayer space collects the beautiful light that infuses the church's interior. Oura Catholic Church became famous worldwide as the church that discovered the "hidden followers" who had survived the religious persecution," he explains.

One cannot miss the sight of a monument that stands next to Oura church that shows were the ruins of the Protestant Church of England is buried in the stone wall at the starting point of the slope rising to the mission school and the Kaisei Senior High School gymnasium that stands on a hill in the Higashi-yamate neighborhood.

Satoshi says that the church is the site of Japans first Protestant Church of England, which was built in 1862. "At the time, the people of Nagasaki referred to all non-Asians as "Hollanders," likely because of the influence of the Dutch who lived on Dejima, even after many foreign residents from countries other than the Netherlands had immigrated to Nagasaki following Japan is opening and the foreign settlement period," he explains.

"Therefore, the entire slope was called "Hollander Slope" at that time, perhaps because many Minami-yamate residents used the slope when they went to worship. Now, only the stretch from Kwassui Women's College to Kwassui Slope and the stretch in front of Jokoin is known as "Hollander Slope," he adds.

In the centre of Nagasaki is the towering Inasa mountain range that is over 333 meters above sea level.

This range is home to the Mount Inasa Park, a natural park renowned for its displays of azaleas in the spring. The summit also features a glass-enclosed circular domed lookout from which one can enjoy a 360-degree view of the spectacular scenery.

The summit can be reached by a ropeway operating from Fuchi Shrine and it is a few kilometers from the park and on clear days, one can see Mt. Unzen, the Amakusa area and the Gotoh chain of islands.

The picturesque scenery and natural beauty of Nagasaki's mountains and coastline go along with the tour boats entering the Port of Nagasaki, the historical settlements of foreign residents and the rows of buildings as part of the attractions.

Nagasaki has a "million-dollar night-time view" of the sea and mountains that perhaps exists only in this famed city of hills.

On August 9, 1945, at 11:02 a.m, three days after the first atomic bomb was dropped on Hiroshima the second was dropped over the Urakami district of Nagasaki. This bomb killed or injured 150,000 people.

Today, Nagasaki, which is the last city in the world to experience a nuclear attack, hosts the Atomic Bomb Museum and Peace Park.

Moving to the lower hills north of the hypocentre of the atomic bomb blast is the Nagasaki Peace Park ill that was created to represent the wish for world peace and a vow that such a tragic war would never be repeated.

Here you are able to see different monuments that remind people of the tragic incident.

The park also features the 9.7-meter-high Peace Statue that was built using 22tones of bronze to symbolize the Nagasaki citizens' wish for peace.

Sculptor Seibou Kitamura, a Nagasaki native, created this statue as a symbol of the divine love and mercy of Buddha.

It is a statue is of a human being with the right hand raised pointing to the heavens to signify the threat of atomic weapons while the left arm is raised horizontally to represent the wish for peace. The eyes are lightly closed in prayer for the souls of the atomic bomb victims.

Kamiko Kusumoto one of the care takers says that on August 9 every year, the anniversary of the atomic bombing is conducted in front of this statue and a peace declaration is made to the people of the world.

The park also features the "Fountain of Peace" which was built in remembrance of a little girl who wandered in search of water. There is also a row of monuments contributed by various nations that form the zone of symbols of world peace. 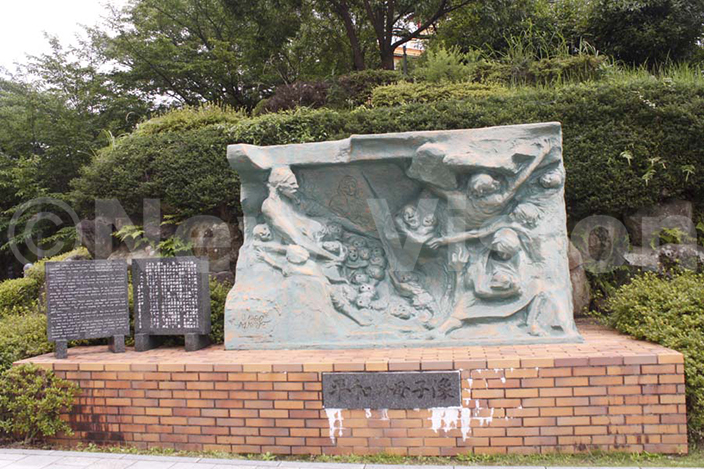 Comparing the scenes of Nagasaki immediately after the bombing with the appearance of the city today, one cannot help but be impressed by the remarkable spirit of survival and the immutable strength of the people of Nagasaki.

Next to this museum is the Sanno Shrine, situated 900 m from the center of the blast.

It was instantly destroyed by the explosion and the 4000°C heat wave that vaporized nearby trees.

The only thing that remained is the torii arch standing on a single pillar, reminding all viewers of the tragedy that took place.

Hashima is a tiny island with a seabed coalmine that measures 480m north to south and 160m east to west with a circumference of 1,200m and an area of 63,000m2. The island was populated from 1887 to 1974 as a coal mining facility. Its most notable features are the abandoned and still mostly-intact concrete apartment buildings, and the surrounding sea wall.

As petroleum replaced coal in Japan in the 1960s, coal mines began shutting down across the country, and Hashima's mines were no exception. Mitsubishi who was the owner of the company officially announced the closing of the mine in 1974, and today the buildings are empty and the island is unpopulated. Travel to Hashima was re-opened on April 22, 2009, after 35 years of closure. For this reason it has become known as "Gunkanjima" (Battleship Island and was included as part of a tentative list of modern industrial heritage sites in Kyushu and Yamaguchi that are being considered for World Heritage status.