Will Rio Olympics be a security 'hell'?
Next Story

Former long serving team coach and patron Jaberi Bidandi Ssali is among over ten former KCCA FC coaches and chairmen who will receive awards at the first club awards ceremony due at the Phillip Omondi Stadium on Friday.

Bidandi will be awarded alongside outstanding players who were instrumental in helping the club romp to their 11th league title last season.

Players will also vote for the best amongst themselves at the first ever awards ceremony in the history of the club.

To set the ceremony in motion, current club chairman Julius Kabugo on Tuesday led a delegation to Bidandi Ssali at his Kiwatule Recreation Center office to officially invite him to the event.

"You mean you still remember me," Bidandi joked before thanking the chairman and other officials for upholding the values and name of the club.

"Thank you for remembering and bringing me the trophy. We played our role and it is good to see you taking the club forward so continue the good work," he said.

"I congratulate the team and pray that they can perform well on the continent and win the East and Central Club Championship so that someone breaks my record as the last manager/coach to win that championship," Bidandi stated. 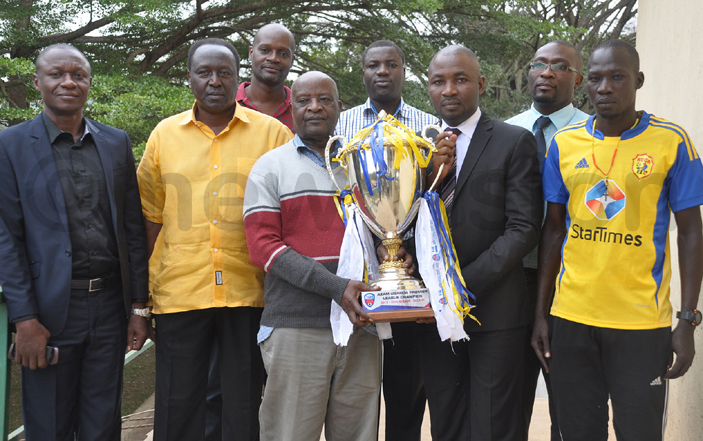 "We want to thank you for all the good things you did for the club because we can't forget them; we are always referring to you and want to maintain the club's legacy.

We want the club to be self-sustaining in the long run and to be competitive every year including on the continent. But we would like to contest in a competitive league so it is good to note that even our rivals are also re-organising," Kabugo told Bidandi.