"All our neighboring countries facilitate their medical personnel in form of allowances."

"All our neighboring countries facilitate their medical personnel in form of allowances."

KAMPALA - The Uganda Medical Association (UMA) has petitioned parliament over the high influx of specialist doctors leaving the country for greener pastures elsewhere.

UMA deputy president, Dr. Chris Oundo told MPs that the root cause of brain drain, poor morals and demotivation of medical doctors stems from poor facilitation which has caused an unfavorable working environment.

He said that out of the 5,000 qualified doctors, only 1,200 work in the public sector, most of them have gone abroad and others have even dared to seek jobs in war-torn nations just because they are well-paying.

"All our neighboring countries facilitate their medical personnel in form of allowances to cater for the uniqueness of the services they provide, and this has helped raise their salaries,” said Oundo.

“We need that component that will bridge the gap of absenteeism, demotivation and late coming among doctors.”

He was speaking at a dinner at Shanghai restaurant, Nakasero, graced by MPs and medics, where he said they had submitted the petition to the clerk of parliament, Jane Kibirige on Thursday.

Earlier on Thursday, during another dinner at Protea Hotel, Kololo to congratulate medical doctors who have joined the 10th parliament, Dr. Margaret Mugerera, the former president of UMA, said that the major reason specialist doctors are leaving the country is because of poor facilitation.

She said that they want government to provide on-call allowance for the doctors since they work beyond the normal working hours of 8am to 5pm from Monday to Friday. 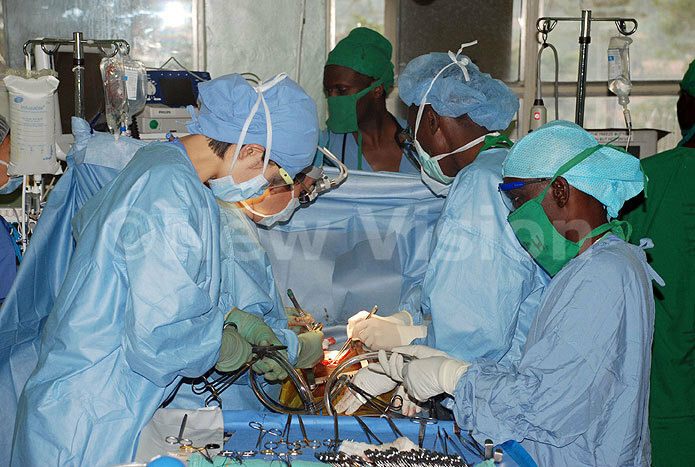 She said they want housing and a lunch allowance to be increased since the economic tide has changed.

Mugerera said that unlike the 1990s when one could afford a good meal at sh2,000, today with the increase in food prices, one cannot manage to have a decent meal at that price. In 1996, government allocated sh66, 000 per month as lunch allowance for medics.

Specialist doctors who act as teachers in the medical schools also need an allowance to motivate them, she added.

Other demands on their petition are the responsibility allowances for district medical officers, general superintendents of hospitals and directors of regional hospitals.

They want the issues of intern doctors to be resolved and they be given an allowance that will enable them afford decent housing and cater for their other needs.

They also want the doctors who are working while studying (SHOs) to be facilitated since in most cases they are the ones who do the donkey work in hospitals.

In May this year, the former chairman of the Health Committee in the 9th parliament, Dr. Medard Bitekyerezo, revealed that more than of 240 specialist doctors left the country in the last five years due to poor pay and working conditions. 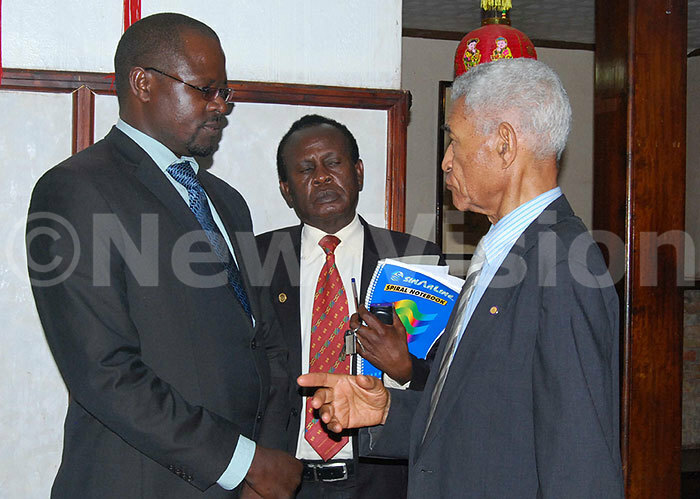 However, Jane Ruth Aceng, the newly appointed minister of health, asked the doctors to organize a think tank and present their issues, such that they can be resolved.

"We are aware of the challenges in the health sector but we need you to form a think tank group and present your issues. Though the resource envelope is small, we can prioritize," she said.

Speaking to the doctors at Shanghai Restaurant, Wandera advised the doctors to stop making comparisons with other countries but instead make lobby forums such that their issues can be brought on board.

"You are very late; other ministries have lobby forums and even have offices in parliament. Through these forums they have been able to get funds from government and external donors," he said.

Wandera urged them to also form a technical advisory committee to advise the minister and her team on how best to address the health sector issues.

The medics also want to meet Parliament Speaker Rebecca Kadaga in person and are waiting for a date to be set by clerk Kibirige.