Jail looms as Pistorius to be sentenced fo...
Next Story

The Israeli PM says his visit signals "dramatic changes in the relationship between Africa and Israel".

The Israeli PM says his visit signals "dramatic changes in the relationship between Africa and Israel".

ENTEBBE - Israeli Prime Minister Benjamin Netanyahu arrived in Uganda on Monday for a rare tour of sub-Saharan Africa, seeking new trade partners and marking the 40th anniversary of a hostage rescue in which his brother died.

Speaking in Entebbe, close to the site of the 1976 airport raid in which over 100 hostages were released, Netanyahu said the visit was "deeply moving" and symbolised the changing relationship between Israel and Africa.

"Forty years ago they landed in the dead of night in a country led by a brutal dictator [Idi Amin] who gave refuge to terrorists, today we landed in broad daylight to be welcomed by a president who fights terrorism." 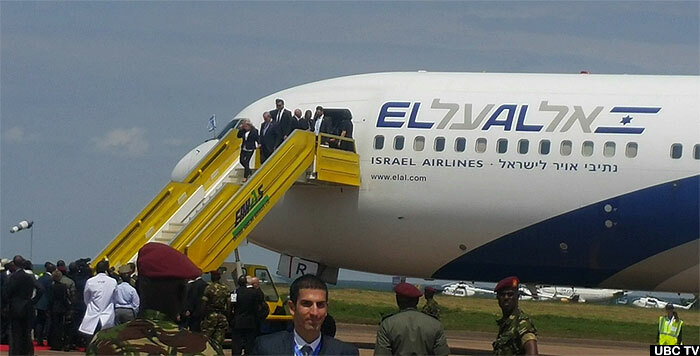 Israel is launching a $13-million aid package to strengthen economic ties and cooperation with African countries.

Netanyahu said he would attend an "historic summit" with seven African leaders while in Uganda.

After Uganda, Netanyahu will travel on to Kenya, Ethiopia and Rwanda.

The function started moments after the formalities were done. The visiting prime minister arrived at Entebbe International Airport aboard an El Al Israel Airlines flight at 1.30pm local time.

He was received by President Yoweri Museveni and his wife, Janet, together with other government officials.

Netanyahu had walked down the plane with his wife, Sara, before being welcomed by his host on a fairly hot Monday afternoon.

The Arab-Israeli conflict drove a wedge between African countries and the Jewish state in the 1960s.

Following wars between Israel and its neighbours in 1967 and 1973, North African nations led by Egypt put pressure on sub-Saharan African states to cut ties with Israel, which many did.

Relations were not helped by Israel's friendship with the apartheid regime in South Africa before it fell in 1994.

Beyond diplomacy and trade, the trip has deep personal meaning for Netanyahu.

His brother Yonatan, known by his nickname 'Yoni', was killed in July 1976 as he led a commando raid in Entebbe, Uganda, to free passengers aboard an Air France plane hijacked by two Palestinians and two Germans.

"I learned from my brother that you need two things to defeat the terrorists: clarity and courage," Netanyahu said.

Speaking during a commemoration event close to the old terminal building, Netanyahu said the fight against terrorism continued.

"When terrorism succeeds in one place it spreads to other places, and when terrorism is defeated anywhere it is weakened everywhere. This is why Entebbe... was a victory for all humanity," he said.

Netanyahu said the Entebbe raid was "a watershed moment" for Israel when the country learned to stand up for itself.

"It was the most daring rescue mission of all time. We were powerless no more, we would do whatever it takes," he said. 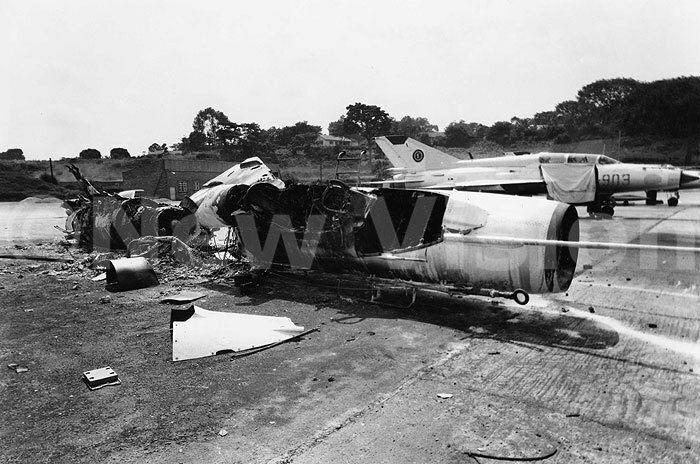 Demand is rising for its defence expertise and products.

But it also sees African countries as potential allies, particularly at the United Nations and other international bodies, where it is regularly condemned over its occupation of the West Bank and blockade of the Gaza Strip.

Some African countries are keen to obtain Israeli agricultural and water technology, which the country has been promoting, say officials. Netanyahu's trip follows years of efforts to improve ties.

Generally Netanyahu's visit, which coincided with the 40th anniversary of Israel's famous raid on Entebbe International Airport in 1976, is meant to consolidate relations between Israel and Africa.

Netanyahu was accorded a 19-gun salute at the airport. It is the very location where his brother, Yonatan "Yoni" Netanyahu, was killed 40 years ago as one of the commandos deployed to free Israel hostages.

This is not Netanyahu's first trip to Uganda.

He was here in 2005 - before becoming premier - and again in 2009 during which he dedicated a plaque in his brother's memory on the wall of the old terminal building at the airport.

But Netanyahu is the first sitting Israeli prime minister to travel to Africa since Yitzhak Rabin visited Casablanca in 1994.

Meanwhile, ahead of his arrival, security was been ramped up. Earlier, police spokesperson Patrick Onyango had said traffic policemen would ensure smooth flow of traffic.

Road patrols in Entebbe would also be intensified, he had added.

Here is the C130 Herculean plane that was used by the Israeli commandos to rescue hostages on July 4, 1976.

The plane landed at Entebbe on Sunday in preparation for the commemoration of 40 years of the event. Netanyahu who arrived a little while ago, is presiding over the ceremony at Entebbe Airport.

Netanyahu is the third high-profile person to visit Uganda in the space of a little over a month - after South Korean leader Park Geun-hye late May and Turkish president Recep Tayyip Edorgan early June. 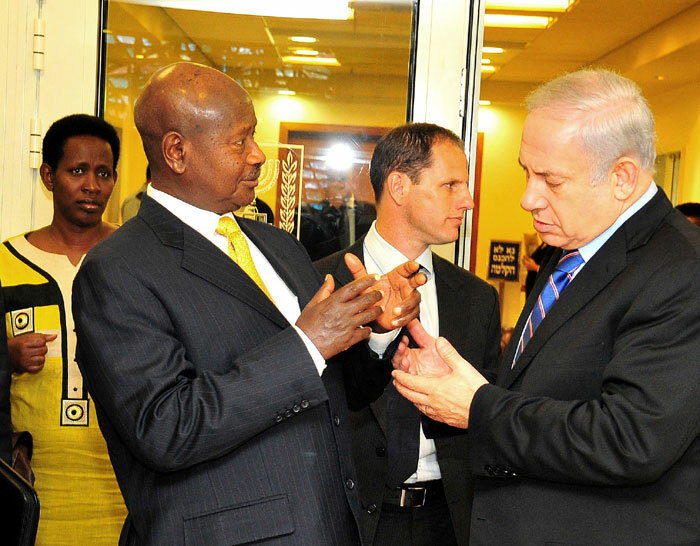 On a two-day working visit to Israel, President Yoweri Museveni met Prime Minister Benjamin Netanyahu at his office in Jerusalem on November 13, 2011 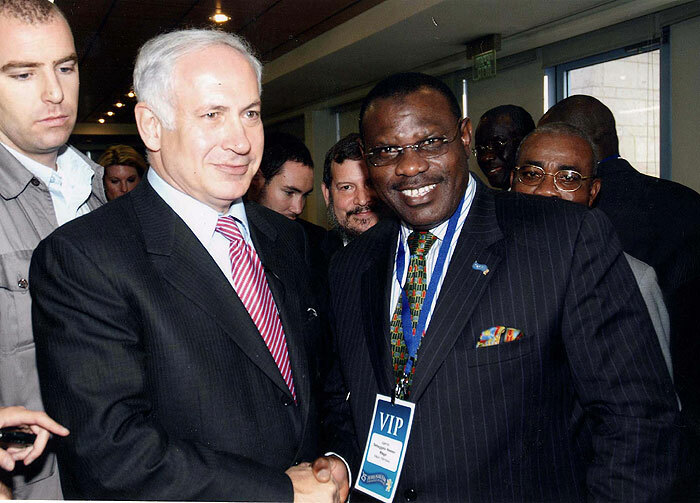 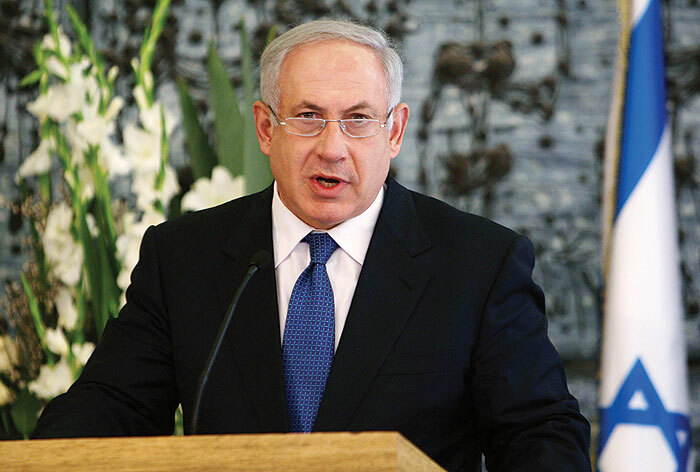 Israel seeks to raise profile in Africa with Netanyahu trip

How Britain gifted Uganda for the creation of Israel territory 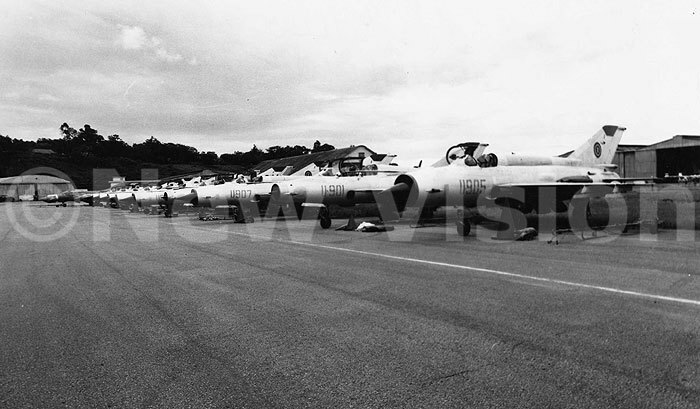 Here, fighter planes lined up before the raid 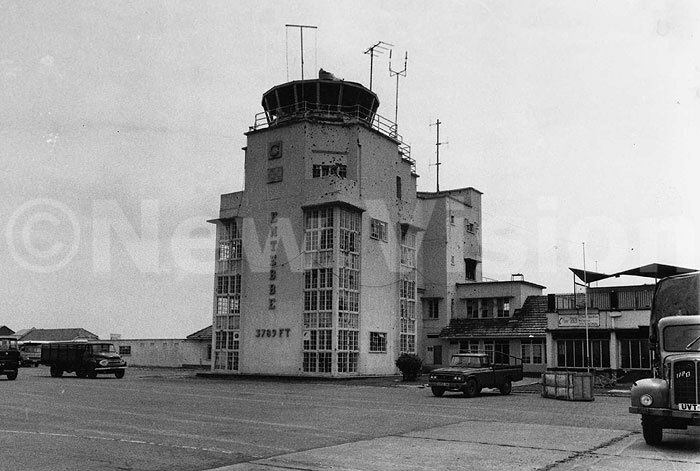 Scenes of destruction in the wake of the raid