Boda boda riders to have two number plates
Next Story

The dead were identified as Andrew Gomwe and Esther Mbabazi

The wreckage of the double cabin pickup that was involved in the accident. Photo by Simon Ssekidde

The dead were identified as Andrew Gomwe and Esther Mbabazi

Two people have been confirmed dead and nine others seriously injured in an accident that occurred at Lungala-Mpigi town council in Mpigi district along the Kampala-Masaka highway.

According to Ahmad Kimera Seguya, the DPC Mpigi district, the accident occurred at around 3:20pm on Sunday when a Toyota Mark II number UAY 786G heading to Kampala was involved in a head-on collision with a double cabin pick up heading towards Masaka.

The dead were identified as Andrew Gomwe, 35, who was the double cabin driver and Esther Mbabazi aged 18.

According to Kimera, this accident was caused by reckless driving by the Mark II driver who was trying to overtake in a wrong lane in a blind corner.

Lungala where the accident occurred is listed among the deadly spots on the Kampala-Masaka Highway with many fatal accidents registered regularly.

This accident follows a fatal one which happened on Saturday evening where 21 people perished and many others injured. 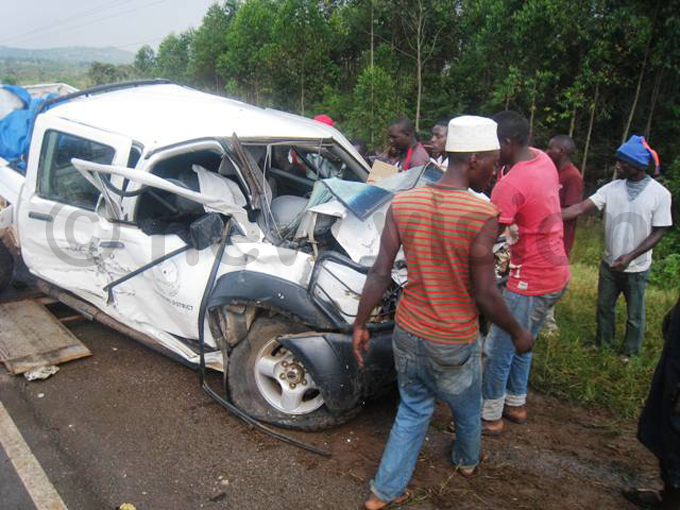 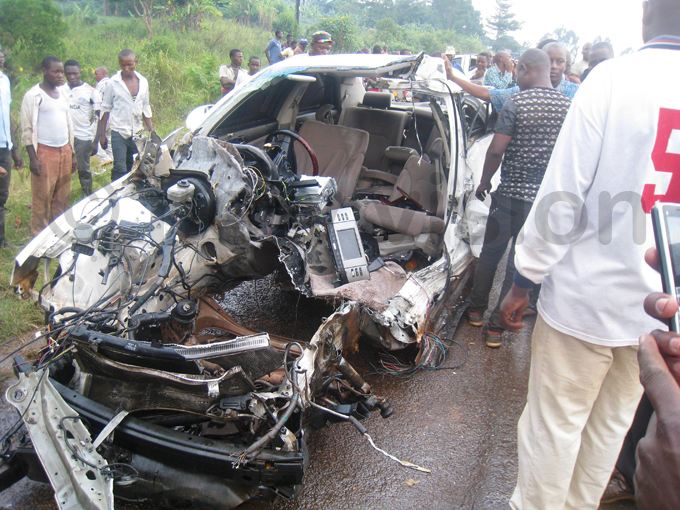 All the accidents have happened in areas listed as black spots by traffic police.