Nkata and Orchard: Separated by oceans yet same schools

Orchard House has annual projects, a local charity drive and an international one.

Orchard House has annual projects, a local charity drive and an international one.

There is as much that separates them as brings them together. Namutebi Nkata Primary School in the heart of Africa, and Orchard House, in Québec, the French-speaking province of North America are as different as A is from Z, but are united in the alphabet of offering quality education to young minds.

They are separated by more than 10,000kms, an ocean, and the better parts of two continents. They were founded 30 years apart, the Canadian school in 2003, the Ugandan institution in 1973.

The Canadian school is a pre-school institution, a similar start that Namutebi Nkata had years before upgrading to offer a full primary education.

The founders, though different in age, are both well-grounded and experienced educationists. Yasmine Ghandour trained in Early and Elementary Education at Columbia University, while Victoria Namutebi Nkata had her skills in Early Child Education developed at Moray House College of Education, at Edinburgh University.

The Canadian cut her teeth at Lower Canada College and Orchard House Pre-Schools, while the Ugandan's experience, going back more than 50 years, included King's College Budo, the most prestigious school in Uganda.

Political and economic instability in Uganda has meant that even the best efforts of enterprising individuals like Nkata could have a fairly limited impact. Partnerships, therefore, become paramount, and it is one such partnership that has brought north-eastern Canada together with East Africa.

It was in 2013 that the partnership began.  Nkata's youngest daughter, Diana Opolot, is resident in Canada, where her husband, Andrew, works in Montréal with the International Civil Aviation Organisation (ICAO). Their three children - Raymond, Victoria and Karen - go to school at Lower Canada College, and it was here that it all began. 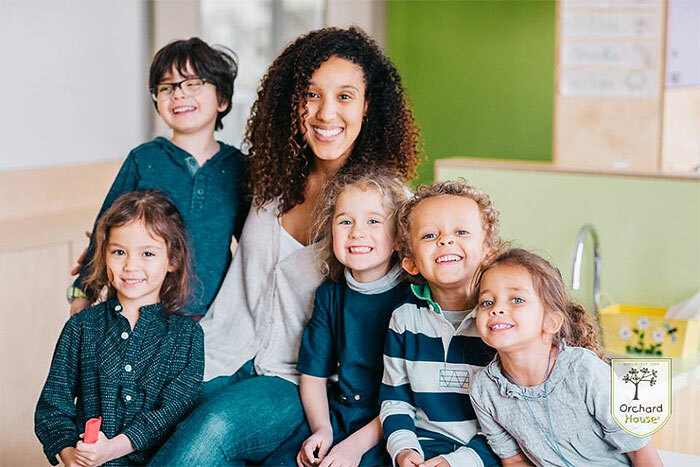 Opolot takes up the story, "I approached one parent who is a good friend of ours at LCC (Priscilla Whitehead) to request for some items (from her home) that I could use for fundraising for Nkata School.  This lady happened to be the Parents and Teachers Association Chairperson.  She advised me that together with her, we could meet the LCC Director of Junior School, Yasmine Ghandour.

When we met with Ghandour, she thought we had an excellent cause and she promised to share the idea with her team for possible inclusion in the plans for the 2014/15 academic year.  She also mentioned that since the Nkata School had a Nursery section, we could be also partner with Orchard House."

Orchard House is a pre-school that was founded by Ghandour.  While Ghandour left LCC at the end of 2013/14 academic year, in her handover, she recommended that LCC should "partner" with Nkata School.

The partnership has since kicked off and borne a lot of fruit. The main objective is to mobilise resources and also share learning between the two countries.  Orchard House has annual projects, a local charity drive and an international one, so the Nkata School was its international focus for the 2014/15 academic year.

Susan Mubiru is the head teacher Nkata Primary School. The kindergarten/nursery school is headed by Dora Nanteza. The nursery enrolment has grown to 148 children.

The six year-olds join the primary school which goes from Grade One to Seven. Today the primary enrolment is 264 pupils. 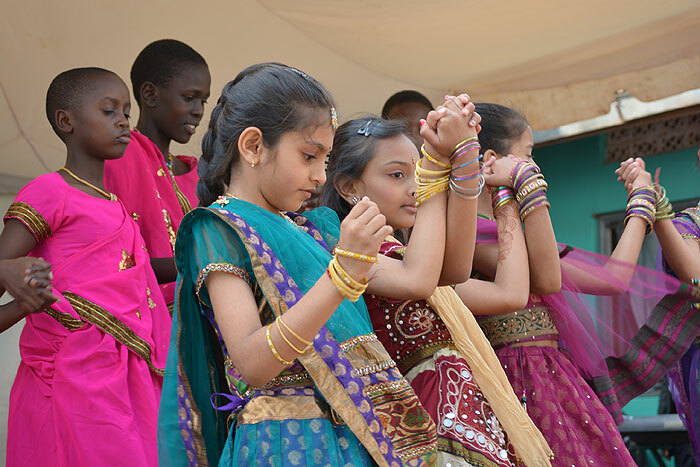 Nkata offers a two to three-year Early Childhood programme in English sandwiched in the local Luganda dialect as media of communication.

Reading and writing, drawing-shading, rhymes and songs, environment and science is taught from this stage.

The founder, Nkata, says the partnership has been of great value to all the pupils.  "It has helped us get somewhere close to the international standards that I saw in my training in the United Kingdom. It is touching that pupils so far away, should stage concerts for our benefit. I hope that one day the Canadians can come and see the benefits of their work."

One of the teachers at the school, Betty, who handles Top Class, says, "The children use the books we get from our sister school during the story time. They can describe and name what they see - colours, textures. They can make choices and identify what is more interesting."

The youngest pupils have taken to the books. Ahmed, 6, says, "I like my teacher to read the story and I listen. I can't read the words."

Parents, too, are equally enthused. The mother of 6 year-old Latif testifies that, "I have seen my child's class enjoy reading very freely. The teachers' also give children a chance to read on their own."

My boss' dishonesty forced me into business