A bystander views the wreckages of the vehicles involved in the accident. Photo by Simon Ssekidde

20 people have died and many others seriously injured in an accident involving four vehicles at Kampiringisa, Kammengo Sub County in Mpigi district along the Kampala-Masaka Highway.

According to eyewitnesses, the accident happened at around 5:30pm on Saturday evening when the speeding Noah knocked a trailer and the trailer lost control before running over two taxis.

According to Juma Mayungwe, a bodaboda cyclist at Kampiringisa stage, the accident was caused by the driver of the Noah who was trying to overtake a line of vehicles from Masaka. 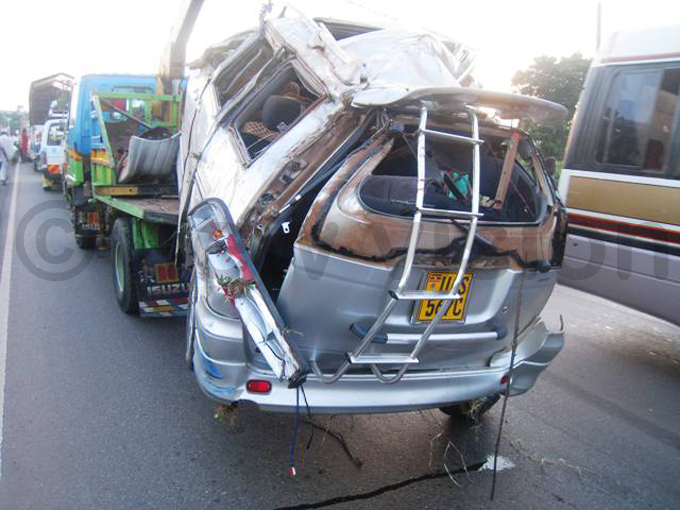 The Toyota Noah that eyewitnesses say triggered the accident. Photo by Simon Ssekidde 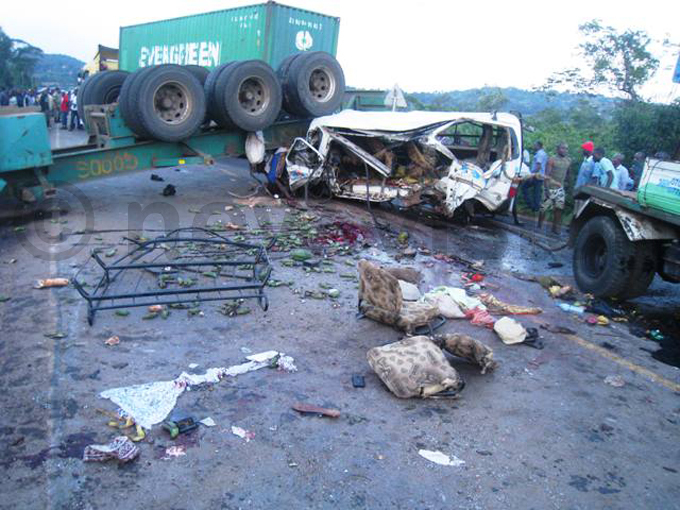 According to Katonga Region Police spokesperson, Philip Mukasa, they have not yet confirmed the number of the dead because very many people were rushed to hospital in dire condition and they expect the death toll to rise.

The wreckage of the vehicles involved in the accident were towed to Kammengo Police Station and according to Mukasa, Police has launched investigations into the actual cause for the accident.

MUBS to be probed on cash