Francis Tibiruhanga one of the resettled persons constructing a temporary structure. Photo by Rogers Sunday

A total of 5000 Ugandans that were expelled from Tanzania have been resettled at Kyaka One Refugee Camp in Kazinga, Kyegegwa district. 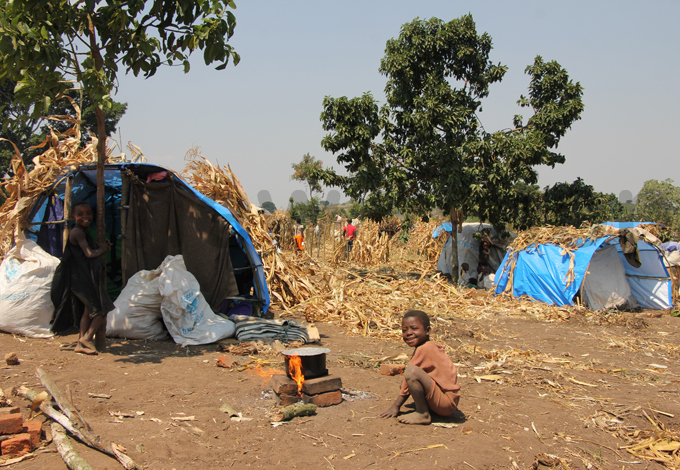 The resettlement process started on Monday last week according to Jimmy Ogwang a disaster preparedness officer attached to the Office of the Prime Minister (OPM).

Ogwang told New Vision that some relief items have already been delivered adding that the major challenges now are access to medical care and clean water.

"Kazinga Health Centre which has been serving the population here has run out of drugs already but we have asked the National Medical Stores to make some deliveries as soon as possible" Ogwang said adding that "we are relying on a water browser that is ferrying just water for emergency to our people. There is urgent need for construction of boreholes and water strings".

He noted that the camp is generally peaceful and that the host community is cooperative.

Food and other relief not enough

Francis Tibiruhanga a father of five told New Vision that he has been sleeping outside in the open space with his family since he arrived at the resettlement camp on Saturday last week.

Some of the refugees line up to get food. Photo by Rogers Sunday

"We left all that we had in Tanzania because we did not have means of carrying them here. We spend day time under the scorching sun and in the night it is too cold. We have no blankets or anything to lay our heads on" Tibiruhanga said.

He added that OPM is only offering them one meal a day which is even not enough.

Agnes Kobusingye another refugee said that they have not yet received any relief items since they arrived.

"Authorities have showed us where to set up temporary structures but have not given us tarpaulins or any other materials to use" Kobusigye said.

Government has asked the host community which was illegally occupying the resettlement camp to equally share the available land with the refugees, a move that has annoyed many. 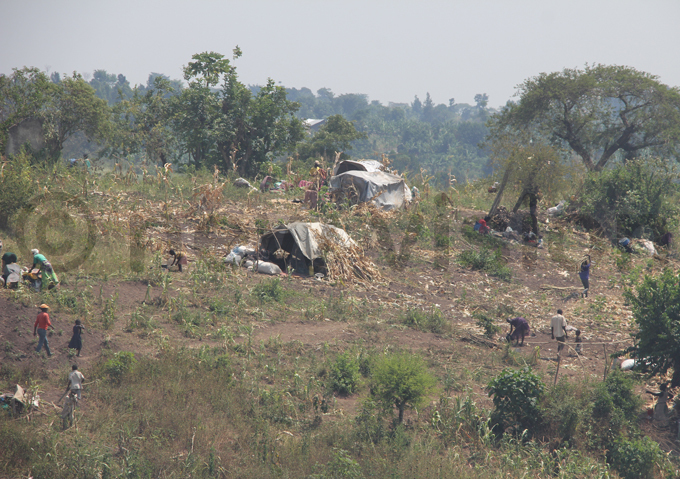 Most of the affected locals illegally bought pieces of land from masquerades who claimed ownership.

Natweta Asiryano aged 30 told New Vision that he has lived on his 2 acre piece of land for the last 9 years but half of it has now been taken.

"I was born in Isingiro district but I sold my land there to come and settle here. I thought that I had legally acquired the piece of land since the area chairperson was present and also signed on the sales agreement" Natweta said.

He disclosed that officials from OPM have now stopped them from carrying out cultivation or tilling more land. 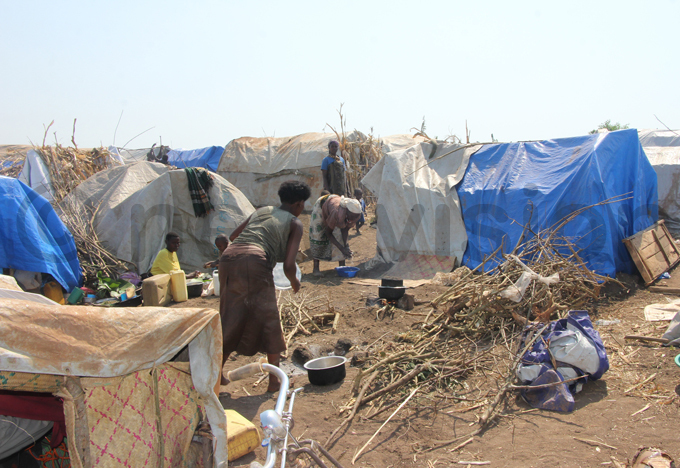 Benjamin Kwesiga a father of four said he has been using his four acre piece of land that he acquired in 2010 to support his family but has now been left with only one acre.

"Some of the refugees have already settled in my coffee plantation, it is not yet clear whether or not I will still be allowed to go and harvest from my garden" Kwesiga said.

He revealed that other victims who have herds of cattle have been asked to sell them off to give room to the refugees to settle on their current farms.

New Vision has learnt that a committee to investigate the illegal sale and acquisition of land at Kyaka Resettlement Camp.

Oilers bounce back to take 2-1 lead