MENU
What Uganda can be: Coffee can make all Ugandans rich
Previous Story

Uganda to use biological technology to red...
Next Story

Uganda born in the Netherlands

The calf that was named after Uganda, a few minutes after being born. Photos/Joshua Kato

The day was June 13. It was the afternoon of it - to be more precise - when a team of Ugandan farmers on a tour of Netherlands visited one of the dairy farms.

When the winners of the New Vision Uganda Best Farmers competition visited the farm, one of the cows was in the process of delivering a calf. The brown cow stayed in the process throughout the duration of the farm tour and finally delivered a beautiful brown calf with a white face.

A heated debate ensued as the farmers passed by the cow shed what name to give the calf. Some of the farmers suggested that the then wobbling calf be named ‘Best Farmers' while others suggested the name of one of the Ugandan leaders. However, after debate, the name ‘Uganda' carried the day. 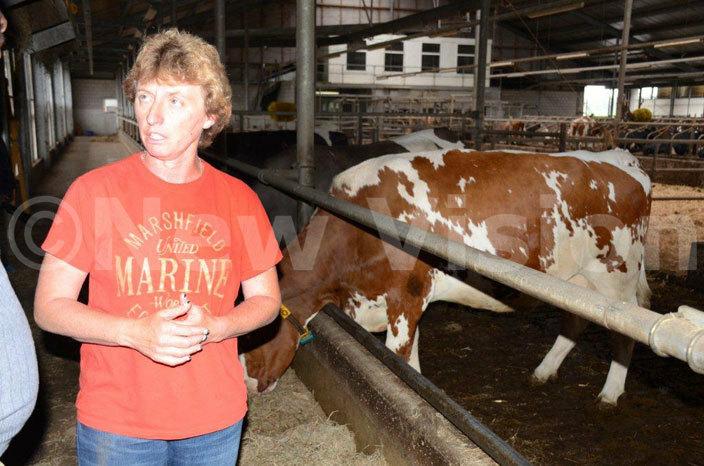 "We are naming this calf Uganda because it has been born during a visit by farmers from Uganda," Thecla said. ‘Uganda', was born at a very good home.  A day before, another calf had been born at the same farm but as of the evening of June 13th, ‘Uganda' was the youngest calf at the farm. 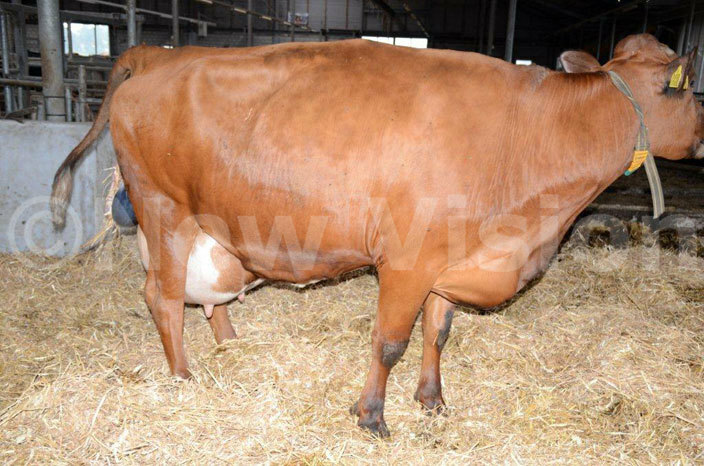 The farm itself is big by the standards of the Netherlands. It is equipped with automatic milkers and feeding machines.  Thecla valued the farm at around sh5bn, which is far bigger than most farms in Uganda. Average milk production per cow is 25litres, again which is much bigger than the 4litres produced averagely by similar cows in Uganda.

"The cows produce well because we put them on a good feeding regime of dried grass, silage and hay plus feed concentrates," Thecla explained.  Josephat Byaruhanga, from the embassy of the Netherlands in Kampala, who led the best farmers team lauded the decision to have a calf named in memory of the visit. "We know that we shall always be remembered here as long as Uganda lives here," he said.