"Most boda boda motorcyclists do not have permits and that is why we have embarked on arresting them."

Police is clamping down on unlawful road use to reduce road carnage. (Credit: Ruth Nasejje)

"Most boda boda motorcyclists do not have permits and that is why we have embarked on arresting them."

KAMPALA - Some 11 boda boda cyclists have been arrested for not abiding by the road and safety measures.

They were arrested by Steven Sande, the officer in charge (OC) of traffic at Kira Road Police Station.

A 24-year-old Indian, John Javed, a resident of Kamwokya was among those arrested.

According to Sande, Javed and other bodaboda motorcyclists did not have helmets, permits, insurance and public service vehicle (PSV) operator's license.

"Most bodaboda motorcyclists do not have permits and that is why we have embarked on arresting them because the highest number of accidents registered every day is caused by these people," said Sande. 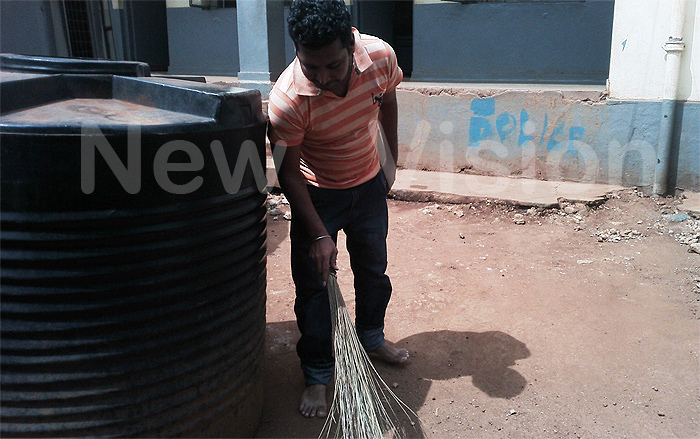 The culprits were among other things made to sweep the compound of Kira road police station. (Credit: Ruth Nasejje)

They were ordered to sweep and also organize the scrap around the police station.

The arrested men were also given receipts to pay for insurance and also acquire the necessary safety measures before their bikes are returned to them.

Police have vowed to arrest any bodaboda motorcyclist without the required road and safety requirements so as to reduce on the accidents registered on the road.

"Out of every 10 accident registered, seven are related to bodaboda motorcyclists and these are serious and fatal. We are going to crack them down so that death and reckless riding is reduced."

Uganda Museum to be renovated