Uganda to use biological technology to reduce fruit flies

The National Agriculture Research Laboratories (NARL) has developed a new biological technology to reduce fruit flies which have destroyed several acres of mangoes in western and central parts of Uganda.

Statistics indicate that mango farmers have over the years been incurring losses from the fruit flies which cause the mangoes to rot.

However, the fruit fly menace could soon be history following a new biological technology to breed sterile flies that will render female fruit flies unable to reproduce. 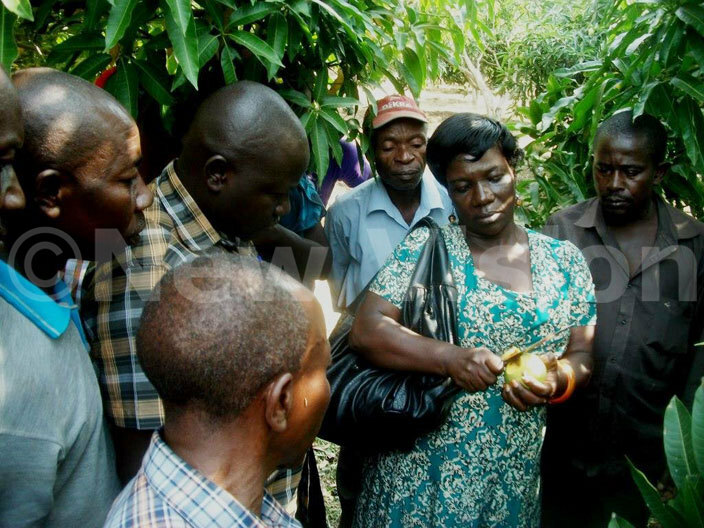 Dr. Caroline Nankinga, an entomologist and senior research officer, said on Tuesday during a sensitisation meeting for farmers at Mubuku Irrigation Scheme, Kasese, that the initiative is part of the NARL fruit fly eradication campaign at Kawanda in Wakiso district.

She explains that the fruit flies multiply rapidly and one fly can lay over 1,000 eggs. The eggs are laid on mango fruits making them to rot.

Dr Nankinga said several control options such as bush clearing, insecticide battle-traps and pesticides have been used in the past, but they proved largely ineffective prompting the need to research for an effective technology, hence the sterile fruit flies.

She says the bred flies were treated to ensure they would no longer cause a menace to mangoes.

"We shall release the flies at the start of next season in Kasese in September," Dr Nankinga says.

Farmers had expressed fear that the bred flies could affect other crops leading to their destruction. Dr Nankinga allayed their fears saying the same method has been used in other countries to control fruit flies. She said the method is used in Zimbabwe and the destruction and losses caused by fruit flies on mangoes have drastically reduced. 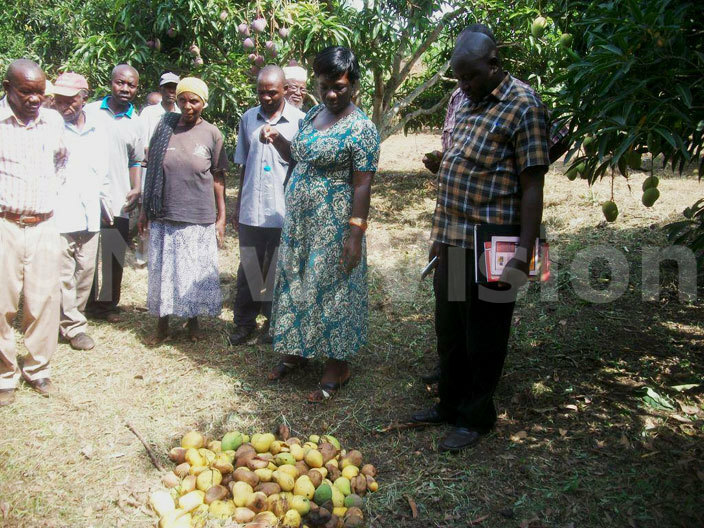 In Kitswamba sub-county, Kasese, farmers have also been forced to cut down their mango trees because of the fruit flies this season and over 40 acres of mangoes have been cut down.

Milton Bizimana, a farmer in Rugendabara, Kitswamba sub-county says he used traditional methods of getting rid of the fruit flies from his gardens to no avail. He used traps to catch the flies and spraying the trees with ash.

"Before my fruits were attacked by the flies last year, I would harvest 50 - 100 basins of mangoes every season. I now get 10 basins on my three acres of the garden because the other mangoes rot and I have lost over sh2m in rotten mangoes," says Bizimana.

Vincent Karyarugongo, another farmer in Mubuku irrigation scheme said last season this year, he lost sh2m worth of mangoes owing to the fruit flies.

"I had given up, but now that researchers are telling us of a new technique to control the fruit flies, let me let me hope the problem will be solved otherwise farmers are cutting down their plantations because of the flies," said Karyarugongo.