Find the full interview with Beti Kamya, the minister for Kampala.

Find the full interview with Beti Kamya, the minister for Kampala.

In a special report on Uganda-Israel relations, we bring you the full story on how Uganda almost became the home of the Jews. We tell you what happened next.

Uganda is soon pulling out of South Sudan. Although reports from Juba say fighting between government forces and armed groups has resumed, the UPDF chief, Katumba Wamala, says the army will not return to South Sudan. Wamala explains it all in New Vision.

Prof. Edward Rugumayo narrates his experience as a minister during Idi Amin's brutal regime in the 1970s. He says his fellow minister Wanume Kibedi saved many Ugandans from Amin's death squads. Get the full story as the country prepares to bury Kibedi, Amin's first foreign affairs minister. 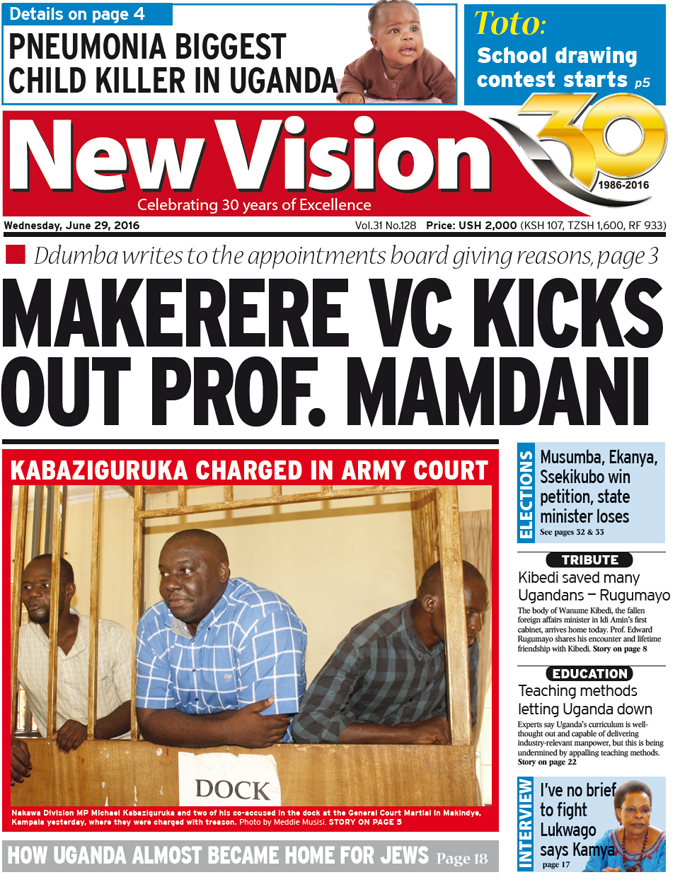 Find the full interview with Beti Kamya, the minister for Kampala. Find what she plans to do for the city and how she will work with formerly embattled Lord Mayor Erias Lukwago. She says that she has not received any orders or brief on how to work with Lukwago. Find out what she means and why she had to speak out on the Lukwago issue.

Geoffrey Ekanya and Salaamu Musumba, both of FDC, have won their election petitions. Ekanya won against Annet Nyakecho for the Tororo North seat, while Musumba won the case against Hajati Rehema Watongola for the Kamuli Municipality MP seat. Find the detailed court battles and what will happen to those who have lost their cases.