MENU
Making a fortune out of construction waffles
Previous Story

How to beautify your hedges with plants
Next Story

How to deal with occupying an unfinished house

An occupied house that is half-complete. Photo by Jacquiline Nakandi

A finished house is every one's desire but to many it remains a dream because of the challenges people encounter.

Alex Mutesasira a resident of Salaam village in Kampala started constructing his house in 2014, he had a dream of occupying it when it was finished, but because of unplanned challenges his dream didn't come to reality.

"I had to put a stop on the house because I had a family to look after. With the little money I had remained with, my wife and i agreed to first finish the bedrooms and later we deal with the other rooms. We entered our house before finishing it," says Mutesasira.

Which room should be first finished?

According to Dan Tindiwensi, a civil engineer at Kark Technical Services Ltd, it is better for a person to stay in the room that serves them most and that should be finished first. Like a bedroom and toilet.

"A person can finish the other rooms according to need and availability of funds. They do not have to entertain visitors. After finishing the most important room, they can start on the kitchen, living room, dining, extra bedrooms and toilets in that order," he explains.

Herbert Lubega, a civil engineer at MML Road Construction, says if the shell of the house is roofed and all walls are built, it can be habitable for shelter however it is advisable that a bedroom should be completed first for the user to be comfortable and have their privacy.

"A Iiving room is not so important to the user since it's for visitors, one cannot put it as a priority," he says.

What to consider before moving in?

Tindiwensi says all walls should be sealed and it is best to first apply concrete or screed on all floors in the house before occupation to minimise dust, dust fleas and mites.

"It is also important to make the house burglar and water proof before occupation. Windows and door openings should also be closed off with metal grilles and temporary shutters," he advises.

It is better if one builds a house in a growing fashion, like one or two rooms first, finish and occupy them. Then add others later as funds become available.

Tindiwensi explains that way, a person can save and apply all resources to complete the necessary rooms before occupation and they don't have to clean and secure unfinished spaces. 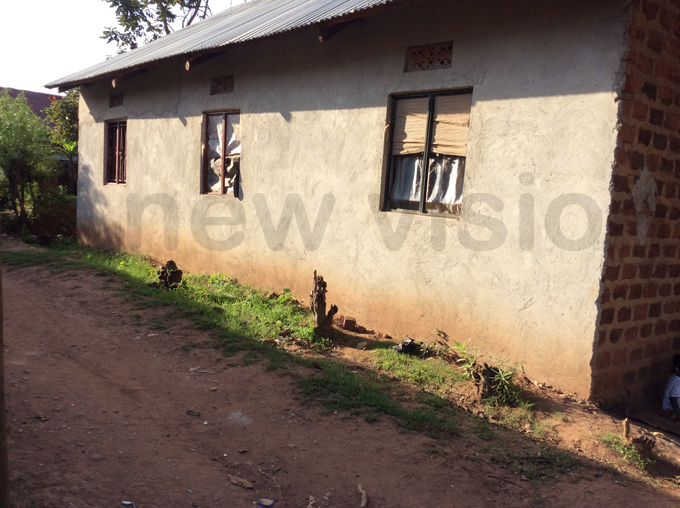 Why people move into unfinished houses?

According to Peter Bukenya also a civil engineer, putting aside the financial problem, people move into unfinished houses to save for completion for example, if he or she is living in a rented house and faces challenges in finding money to finish his house, it is wise if they move in and use the rent money to complete the house.

Some people prefer moving in to supervise the work on their houses as it nears completion.

"They prefer doing this because they can be able to manage stocking expensive finishing materials and also give directions on how to install some of the delicate pieces," Bukenya explains.

Why it is risky to occupy an unfinished house

Bukenya says occupying an unfinished house is unsafe since they are always cold and the dust from the unplastered bricks may cause health issues to the people living in it.

Entering a house still undergoing construction can be easy but without children in the picture.

Bukenya adds that staying in such a house exposes the occupants to accidents. Since children are curious, they end up playing with the building tools and broken mirrors which is dangerous to them.

Why one should occupy a finished house

According to Bukenya living in an unfinished house comes with a lot of inconveniences. Given how long the project has lasted, the house usually has a lot of dust and it is difficult to clean.

Also the owner's privacy is invaded due to many workers at the site.

'28 dead' as IS, govt forces clash in Syria's Raqa

'28 dead' as IS, govt forces clash in Syria's Raqa