Uganda to set up mental health facility for soldiers

Officers of the United Nations Guard Unit from the UPDF mount a guard of honour in Mogadishu. AMISOM Photo

Uganda plans to establish a facility for soldiers who manifest symptoms of mental health disorders triggered by trauma from war theatres and other stressful incidents, the Chief of Defense forces, Gen. Katumba Wamala, has said.

He was responding to concerns that possible post war trauma and stress could be responsible for actions of Uganda People's Defense Forces (UPDF) soldiers who have previously gunned down unnamed civilians in domestic brawls and other disputes.

Without giving details on what could have triggered Obua's action, the UPDF spokesperson, Lt. Col. Paddy Ankunda, said the soldier ran bonkers. Obua was shot dead by his colleagues after killing eight people.

On December 10, 2012, a UPDF lance corporal, Herbert Rwakihembo, gunned down his girlfriend and her two female friends in Luzira, a Kampala suburb.

"We are working with our British partners to set up a psychosocial centre for our soldiers. It will be used to deal with soldiers who may show signs of mental problems," Katumba said. 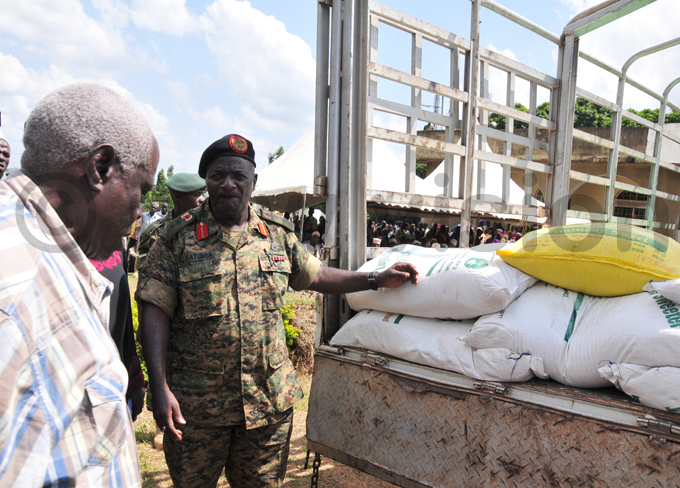 Gen. Katumba Wamala receives the Iftar package from the Muslim community at the army headquarters in Bombo. Photo by Peter Busomoke 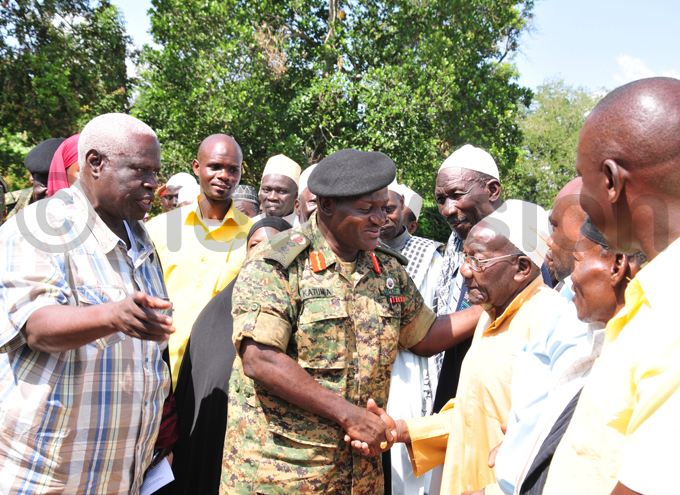 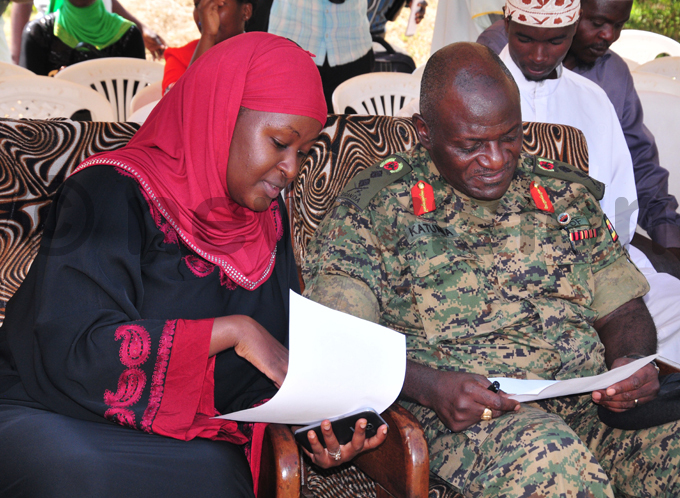 He was speaking to journalists after delivering sacks of sugar and rice to the fasting Muslims for Ifutar (a meal Muslims have at the end a Ramadan fast at sunset) at Masijid Mosque in Bombo in Luwero district yesterday. Bombo hosts the UPDF's land forces headquarters.

The army chief urged the Muslims to pray for peace during the current fasting period, but assured them that characters trying to engage in negative schemes to destabilize Uganda will be handled with iron fist.

Hajati Faridah Nambi, the founder of the Union of Muslim Women and organizations in Uganda, commended the UPDF for what she called a charitable gesture.

"We thank you (Katumba) for your humility and the UPDF for this charitable gesture. We will continue to work with you," she added.

Sheik Ibrahim Hamis, the head of Twale at Masijid Mosque, thanked UPDF for giving food items to Muslims, adding that he hoped the gesture will cement the existing cordial relationship between the army and civilians in Bombo.