Ronald Okello (L) and his accomplice Christopher Ssekamate with one of the NEMA vehicles they attempted to steal. Photo by Roderick Ahimbazawe

"I lost my job two weeks ago and I desperately needed money to feed my family so when the opportunity of making sh200,000/= to drive a car to Kawempe arose, I took it," he pleaded with the officers that had arrested him.

Christopher Ssekamate was arrested with his accomplice Ronald Okello, a security guard with Askar Security Services but attached to National Environment Management Authority (NEMA), for attempting to steal seven vehicles from the Authority.

"We received information two weeks back from Amos Mwesigye, one of the askaris that Ronald Okello his colleague had approached him and promised him money if he co-operated in a mission to steal vehicles from here," Muhammed Kyamanya an officer with the Environmental Protection Police Unit (EPPU) of NEMA revealed.

He further revealed that the plan was to steal four Toyota Hilux Pick-ups and Three Prados and take them to the Democratic Republic of Congo.

"We advised Mwesigye to pretend to accept the offer as he fed us with more information as we set up plans to apprehend them."

Kyamanya said that the robbery was to take place last week on Saturday but it was aborted as Okello failed to agree a fee with them.

"Okello had wanted a cash down payment of shs20m per vehicle but the robbers wanted to give him shs100m for all vehicles moreover upon delivery at a venue of their choice" he added.

Negotiations went on until it was agreed that the robbers led by the alleged leader, a one Eric Sajiti would make a down payment of sh5m per vehicle as soon as they accessed the NEMA premises and hence they agreed to carry out the mission on Thursday night. 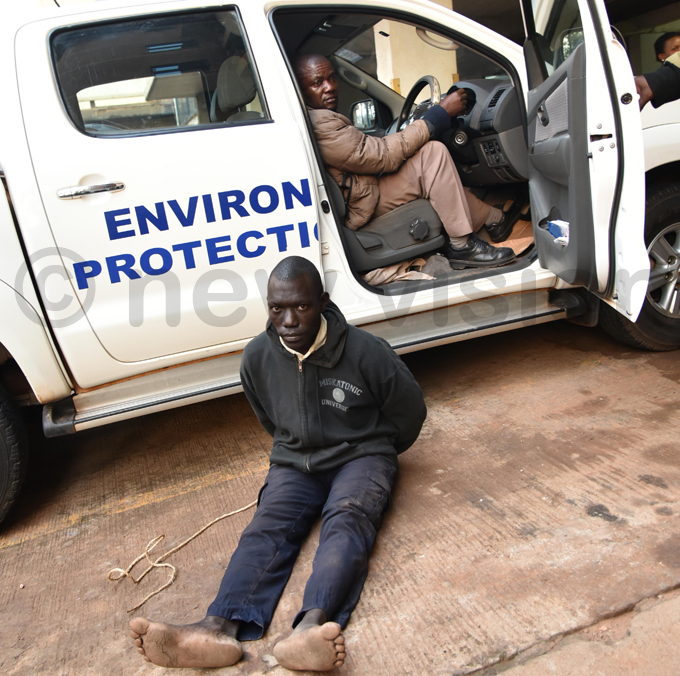 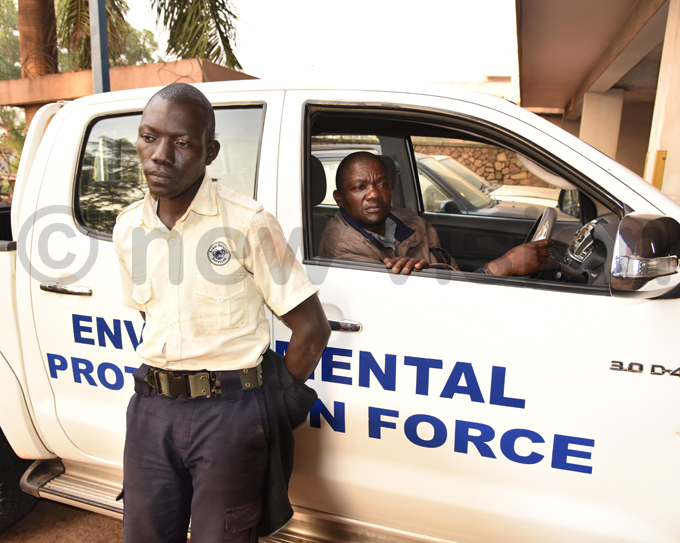 "However since most of the vehicles were out in the field, I liaised with a NEMA security officer Apollo Byamugisha who agreed to hand over the keys to  Mwesigye as bait for Okello and his accomplices," Kyamanya added.

He notes that at around 11pm he got a call from Byamugisha that the robbers had accessed the premises and hence he and other Security officers of NEMA sealed off the premises.

"They were three in number but since there was only one vehicle it was only Ssekamate who entered the premises and we apprehended him in the act of starting the vehicle as his other two accomplices fled."

Kyamanya stressed that after recording statements the two would be handled over to the Flying Squad Unit of Police.

Akankwasa case for next week

Akankwasa case for next week