We could have done more, says Bucyanayandi
Next Story

He started out by managing his father’s school.

He started out by managing his father’s school.

Instead of trying to find a white-collar job after school, 29-year-old Jude Jjuuko went out there to start something of his own.

Today he is imparting hands-on skills to youths and elderly women in Masaka district. This innovative young man hopes that in the next five years he will have made enough money to grow his business and employ other people.

He started out by managing his father's school but after realizing that it was not good to work with family members, he decided to move on and empower community members in Masaka district.

While at university,  Jjuuko engaged more in reading and happened to read a book titled 'Rich dad, poor dad'. While reading this book, he came to know the hustle the author went thought to get employed and the conditions under which they worked, the rampant unemployment in the society and the fact that most of the successful entrepreneurs in the country were school dropouts.

"This book inspired me to become a problem solver to the high unemployment crisis in the country rather than a problem in the society," he says.

"So I left the university determined not to waste any minute in looking for jobs but to create one and enable others to create one. I decided to write proposals, so i started empowering the community with the skills I had acquired in my field of study at the university."

"Inspired by the high unemployment rate in the region, I decided to start a vocational institute so as to equip the youths with entrepreneurship and hands-on skills for job creation," he says.

"I left the school with no liquid capital with but capital in gained managerial experience, strengthened self-esteem, belief in my capabilities and talents, and interpersonal and networking skills."

He convinced two other graduate friends with a similar vision to come in as partners and they accepted.

He went ahead and persuaded the management of Nsumba Model Village Resource Centre to entrust us with a five-roomed block as our classrooms for training, and they accepted.

"This resource centre was meant to be a vocational institute but the management lacked what required to implement the idea," says Jjuuko. 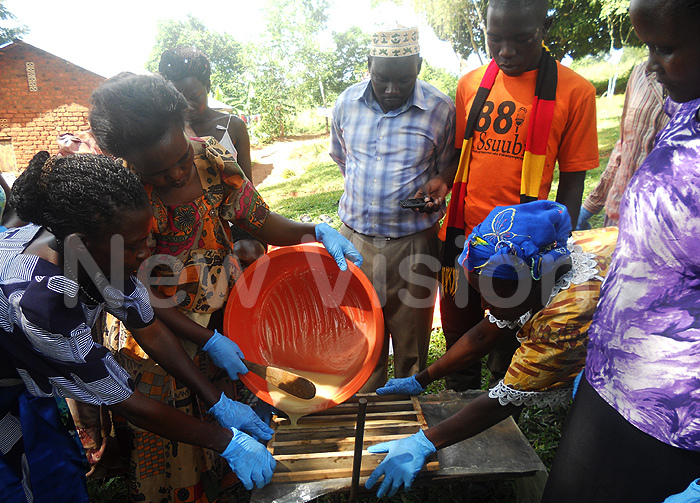 The resource centre was equipped with two computer sets, solar power, two water storage tanks (each with a capacity of 20,000 litres), furniture, security and enough land. Near it, there was a health centre II.

So all the requirements needed to start and run the institute were in place.

Together with his friends, they managed to get four sewing machines and that way they started empowering people in the community with skills.

In March 2010, the institute started with eleven (11) students and three courses: tailoring and fashion designing, hair dressing, and building and concrete practice. Computer skills, communication and entrepreneurial skills were a-must to all the students. Today they empower youths and elderly with life skills.

Together with his partners, he has managed to encourage, enable and challenge the students to embrace entrepreneurship, hands-on and saving skills for a brighter future.

"We have achieved the goal of equipping the youths, dropouts, school going students, graduates and the rest of the community with entrepreneurial, leadership, communication and hands-on skills as one of the best ways to fight the high unemployment rate in the region and create a self-reliant and enterprising generation," he adds.

They have also bought a four-acre piece of land and put up a primary school, intended to also equip the young ones with vocational skills in line with their abilities and talents.

Jjuuko says some members have a dependency syndrome. They want everything to be provided for them, knowledge, and skill and startup capital.

"The people we are dealing with are so poor. They cannot afford the necessary machinery for value addition. We are encountering this by encouraging and enabling them to work as a team for a successful progress," he adds.