The arc of Juma's life was unusual at first, and then unique.

May 8, 2016: The bullet-riddled car of Kenyan businessman Jacob Juma after he was shot dead on May 6 in Nairobi, Kenya. (AFP)

The arc of Juma's life was unusual at first, and then unique.

On a wet Thursday night in early May, a well-known businessman and government critic was found dead in his armoured blue Mercedes by a busy road on the outskirts of Nairobi, five bullet holes in his chest, neck and arm.

Kenya's long history of state violence meant the murder of Jacob Juma, who was in his mid-forties, was quickly viewed as a political assassination.

His death dominated the country's newspapers as amateur sleuths picked holes in the police narrative of a business deal gone wrong, and opposition politicians cried foul.

It was a tricky case, the country's senior detective Muhoro Ndegwa told journalists, with no witnesses and no weapon. He promised his team would do their best, but in the six weeks since his death no arrests have been made.

The arc of Juma's life was unusual at first, and then unique: Kenya's pervasive tribal patronage helped a poor but smart rural kid make the political connections necessary to get rich on ill-gotten government contracts. 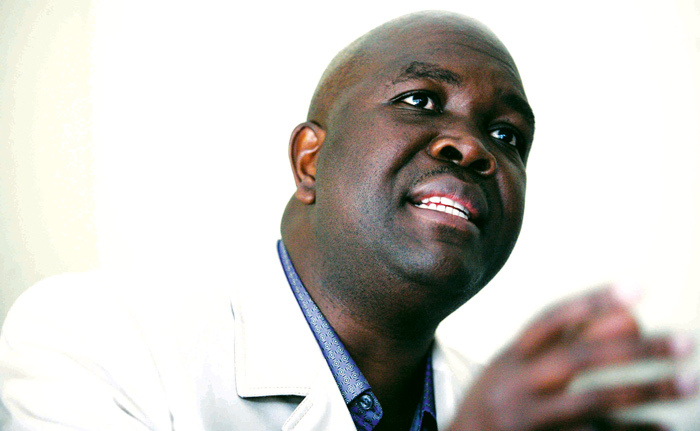 Prominent and controversial Kenyan businessman Jacob Juma was shot dead on May 6, 2016 in Nairobi. (AFP)

But after he was cut out of a potentially lucrative mining deal he became a relentless anti-corruption activist and government critic leading many to see politics behind his death.

Juma was "a scoundrel that bitterness turned into an asset for those fighting corruption," says John Githongo, a renowned anti-corruption campaigner. "He became a fount of confidential treasury documents, information, history and gossip," he says.

Elections trigger spikes in corruption and the country is already getting set for next year's vote: there are regular, sometimes deadly, street protests against an election commission the opposition says is biased; MPs on both sides have been investigated for hate speech and inciting violence; and graft is accelerating as politicians seek to fund either their campaigns or their retirements.

Juma's murder is being seen as the curtain raiser to a potentially violent election season. Diplomats are already muttering about "a repeat of 2007" when more than 1,100 people died in election-related tribal violence.

Rags to riches, ally to enemy

Juma won a place at a Nairobi polytechnic in 1989 and quickly impressed businessman and politician Cyrus Jirongo, who hails from the same part of the country and became his patron.

"You could tell this was somebody who was going to get somewhere," recalls Jirongo. "He was very poorly dressed but he had a lot of confidence. That confidence alone would make you think that, surely, he was worth your money." 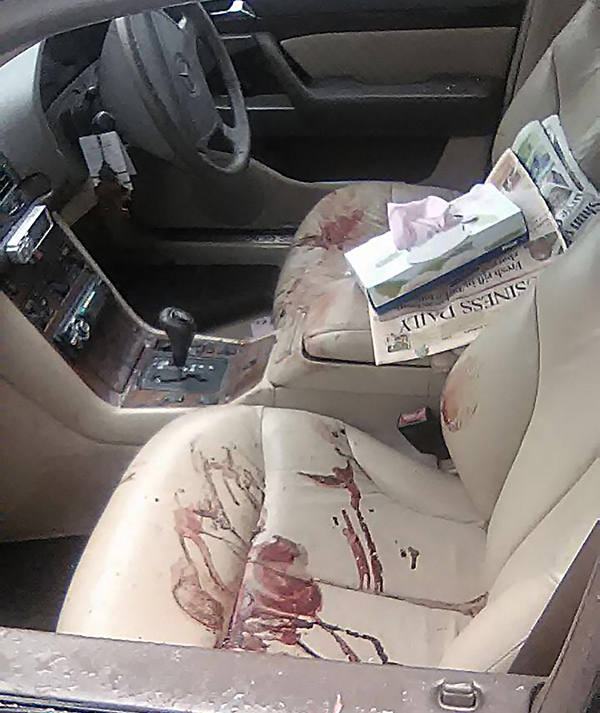 The blood stains in the car of murdered businessman Jacob Juma. (AFP)

Jirongo housed Juma with his nieces and nephews, paid Juma's college fees and introduced him to the twinned worlds of politics and business.

Juma made friends with allies and relatives of then-president Daniel Arap Moi (on whose 1992 election campaign Jirongo worked) and founded his business empire on those first government contracts, re-surfacing rural dirt roads.

He grew into his wealth, adopting the flashy style of the newly rich with designer suits, smart cars, gaudy property and sparkly watches.

Jirongo approved: "Above all, he wanted the world to know he had succeeded, he'd beaten the poverty he'd come from."

During this time Juma got to know William Ruto, a fellow hustler but one with big political ambitions.

Accusations that he orchestrated violence in the wake of the 2007 election, and subsequent crimes against humanity charges at the International Criminal Court, did not derail Ruto's career and in 2013 he became deputy president.

Juma wasn't a supporter but, friends say, believed his relationship might help him secure control of the Mrima Hill niobium and rare earth mine in Kwale on Kenya's coast.

Instead his licence was cancelled. "He refused to cut government figures in on the deal," says one close friend. "That mining deal was the turning point." Juma was left bitter, angry and dangerous. "After that he dedicated himself to doing nothing else but exposing the regime," says the friend. 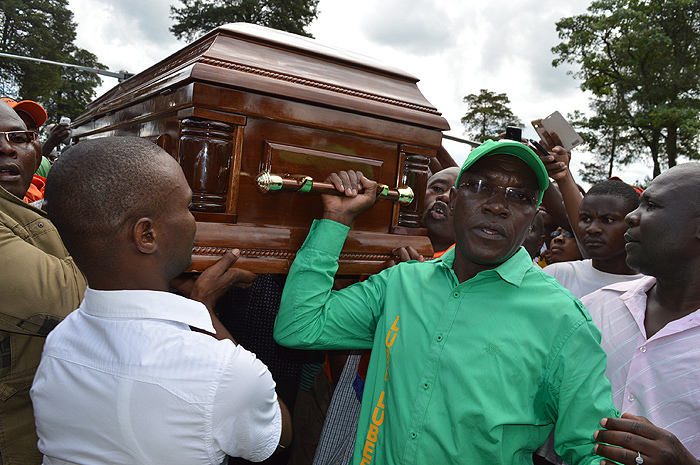 'This was a hit squad'

Juma played a central role in revealing at least two major corruption scandals, including one in which the government has been unable to explain how it spent $2.75 billion (2.6 billion euros) raised through a 2014 Eurobond issue.

He took his combative persona to Twitter -- once using the social media site to accuse Ruto of ordering his death -- and feeling corruption had done him out of his biggest-ever business deal, it was corruption he focused on.

Githongo and others regard the current government as perhaps the most corrupt in Kenya's history.

Foreign businessmen routinely complain that a 30 percent skimming off the top of contracts has become standard. One foreign executive described the increasing corruption and extortion ahead of next year's election as a "smash and grab" while a prominent Kenyan businessman described it as "a shakedown".

"It is very difficult to do business with the Kenya government if you are not willing to pay right from the top to the bottom," says Jirongo.

Allies of Juma have openly accused the state of his murder.

"The inspector-general (of police) knows who killed Jacob Juma. This was a hit squad and it is known," opposition leader Raila Odinga said at a memorial service in Nairobi. Ruto denies involvement and has threatened legal action against those who repeat allegations that he was behind the killing.

For Juma's wealthy and influential friends in Kenya's business community, aggrieved at the levels of corruption and eager for an end to a government they feel has betrayed them, his death is a message. "It's a warning to all of us: You stay in the corner we give you or we will deal with you, ruthlessly."

Judge, Bad Black both fail to show up for case

Bad Black back to Luzira