According to UNHCR, there are 538,252 refugees in Uganda

Minister Musa Ecweru and Rashid Javed, director for Plan International Uganda are welcomed to the camp. Photo by Andrew Masinde

According to UNHCR, there are 538,252 refugees in Uganda

State minister for disaster preparedness Musa Ecweru has urged non-government organisations responding to emergencies in refugee camps to give technical and vocational education to young refugees in the country.

He said with skills, the refugees can rebuild their lives and countries when they return home.

Ecweru was addressing refugees during the handover of items to South Sudanese refugees at Maaji III camp in Adjumani district.

"I want these young people to learn how to repair cars, work as electricians and builders so that they can transfer these skills back home. Many of the young women could have lost their husbands during the war, so they also need skills that can help them support their children.

The old people also must have lost their children during war so they also need skills such as weaving mats, baskets and many others that they can sell to earn a living," Ecweru stressed.

Rashid Javed, director for Plan International Uganda, said with sh550m from Irish Aid, the organisation has raised items to over 10,000 refugees.

According to UNHCR, there are 538,252 refugees in Uganda. 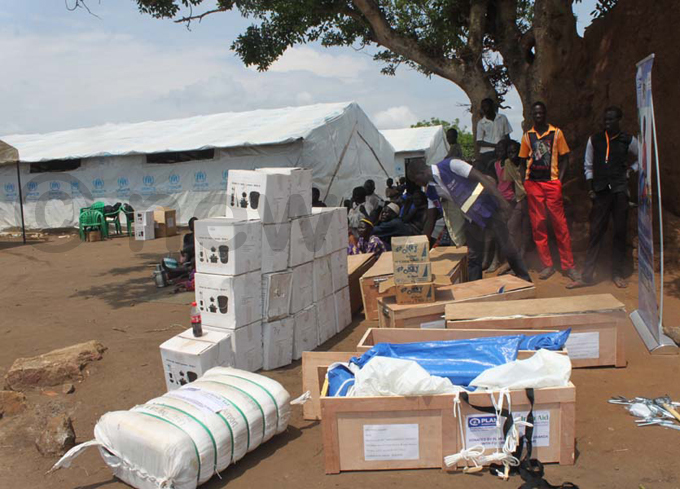 Investigations on UMEME concession will not lower power tariffs

Uganda got a costly Umeme deal