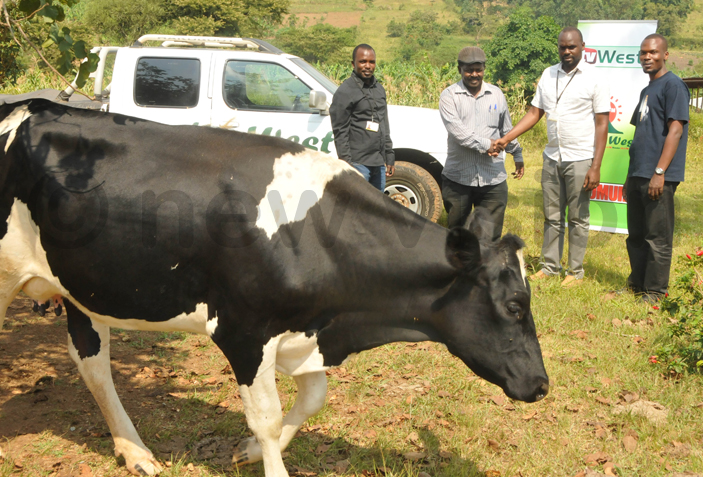 Radio West has lined up more than 30 cows to slaughter for its fans at this year's anniversary.

"We shall give a mega feast to all our fans that will turn up for this year's anniversary," Alex Mugarura, Vision Group's marketing manager for Mbarara bureau confirmed.

Mugarura assured fans that even all drinks will be at subsidized prices.

Radio West one of the Vision Group's FM stations is celebrating 17 years of existence since it went on air in 1999.

The event expected to be unique from past celebrations will take place on 30th July at Kakyeka Stadium in Mbarara.

Thousands of supporters from all over the country are expected to attend the celebrations.

Mugarura said fans will also be treated to a series of excellent performances from best artists including cultural entertainment from different cultural groups.

He added that they have also lined up a number of prizes up for grabs including a brand new car which will be the grand prize for the event.

Radio West started in 1999 and went on air on 10th April before it was acquired by Vision Group.

Preparations for the event are on-going in different districts where people are given a chance to win tickets to enter in a draw to win the car. The preparation activities are carried out in markets and other happening places like bars.

Meanwhile David Musinguzi one of the supporters of Radio West donated a cow for slaughtering at the event.

He challenged other farmers to also donate cows arguing that Radio West through its farming programs has helped them shift to modern farming.

"I have donated my cow to Radio West to thank them for what they have done for me as a farmer.
As farmers we have learnt new and modern methods of farming which improved our breeds and milk production.

I therefore call up on other fellow farmers to also follow what I have done and get one cow from what they have and donate it to Radio West," Musinguzi said.

Mugarura said they welcome everybody who wants to donate cows and said those willing can go to Radio West offices Mbarara.

He said all those who will give out cows will get maximum publicity and support.