Kampala Lord Mayor Erias Lukwago wants his council to amend the KCCA waste management ordinance so that it regulates the powers of garbage collection service providers in the city.

He was on behalf of KCCA officially receiving three tipper trucks to help in garbage collection offered by the World Bank under the Lake Victoria environmental management project through the environment ministry.

"We thank the technical team, we thank the funders but besides these trucks and other equipment available, we are still lagging behind in equipment and manpower for garbage collection because all we have now can be used to collect only 50% of the garbage generated in the city yet the amount of garbage generated every day is on the increase," said the mayor.

As such he called on city councilors to also play a role by sensitizing the people on solid waste dumping. 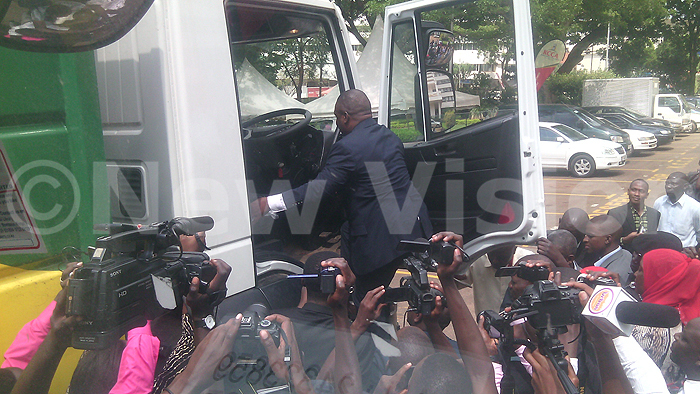 The Lord Mayor boarded one of the trucks and gave it a test drive. (Credit: Ashraf Kasirye) 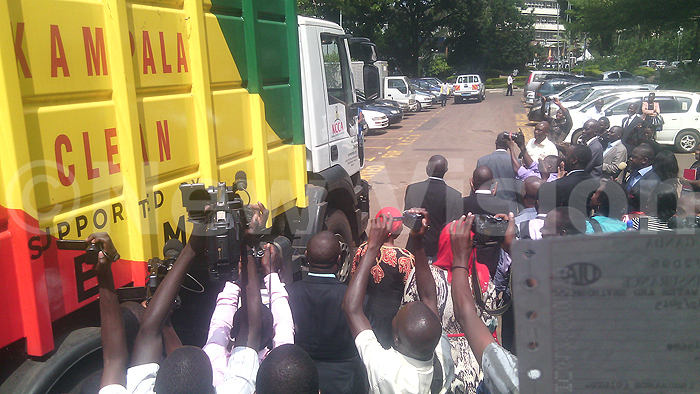 Lukwago revealed that his council intends to amend the KCCA Solid Waste Management Act so that they regulate their (KCCA) relationship with the private service providers.

"Some of them actually overcharge their clients, hiking collection fees which are not sanctioned and regulated by the Authority yet we have people who cannot afford to pay and we have to cater for them," he said.

Dr. David Serukka, the KCCA director of public health who represented executive director Jennifer Musisi, said the new trucks are mainly for Nakawa and Makindye divisions to curb the garbage challenge particularly in those areas.

These divisions are the closest to Lake Victoria.

"This is part of the ongoing implementation of a strategy to put an end on Lake Victoria water pollution and we have many other partners including our colleagues in Nairobi, Kenya," he said.

US killing catapults Iraq back to aftermath of 2003 invasion

Iraqi MPs to meet on US troop ouster after Soleimani killing

Iran fires missiles at US troop bases in Iraq