Pictures from Masaka as Uganda mark the Day of the African Child.

On Thursday, June 16, the world commemmorated the Day of the African Child. This year's event was observed Under the theme " Conflict and Crisis in Africa: Protecting all Children's Rights".  Here in Uganda, the main event was held in Masaka, at the Masaka Liberation Square. Also in the same town, a Children's Dialogue was staged where they expressed their views. Eddie Ssejjoba was there . . . 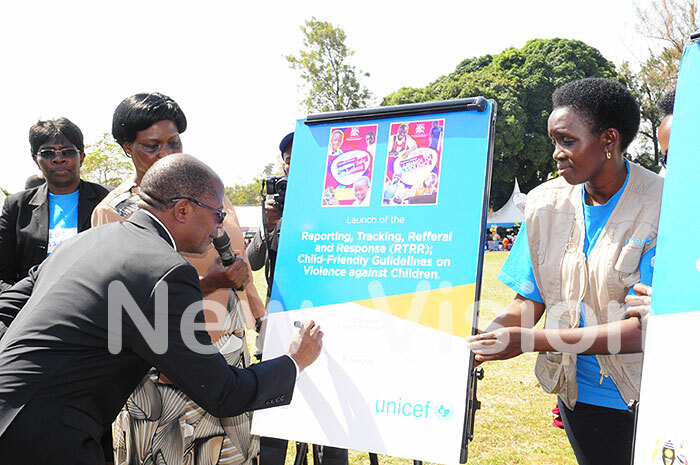 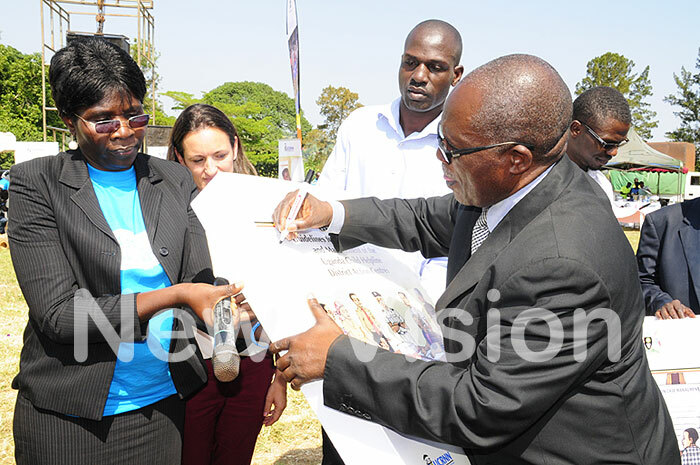 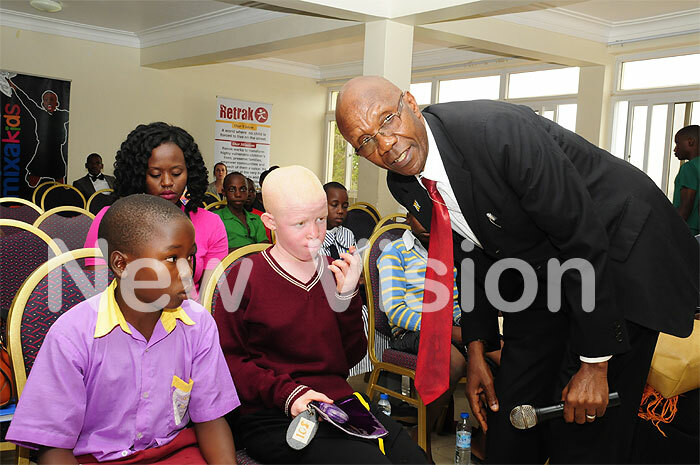 The Secretary General of the National council for Children, Martin Kiiza talks to Sumayiya Nabagesera, an albino pupil at Murchison Bay PS Luzira during the Children Dialogue at Hotel Brovad on Thursday. Nabagesera also gave her proposals demanding for government and stakeholders to stop neglecting children with disabilities but provide them with requirements for effective learning 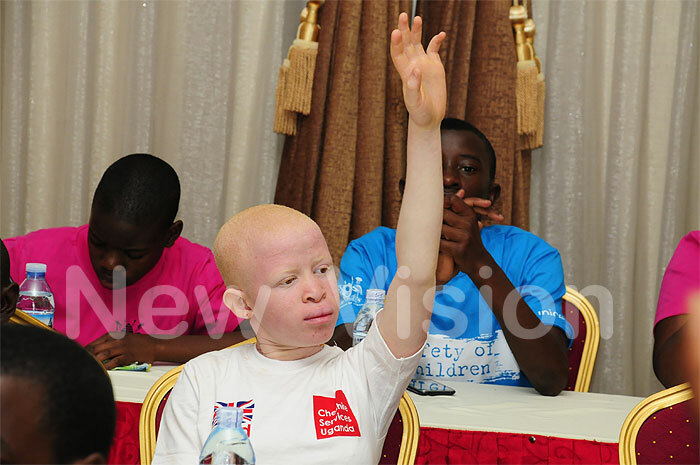 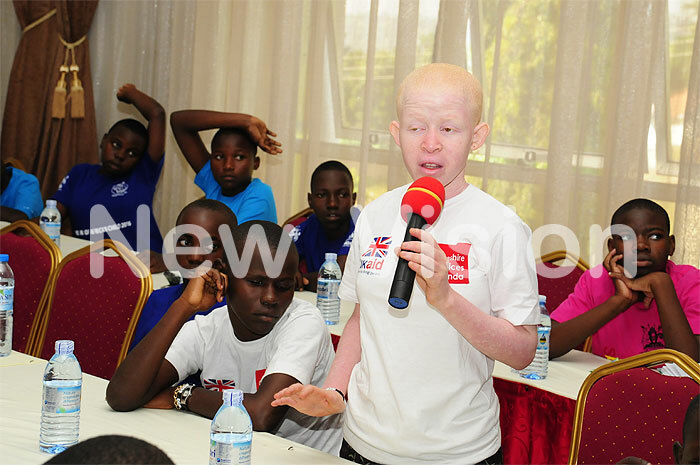 Masaka Municipality MP Mathias Mpuuga responds to children during the dialogue for children at Hotel Brovad. Children demanded to know why politicians refuse their parents to pay money for lunch in UPE schools, which they said hurts them since they stay hungry and cannot perform well in class 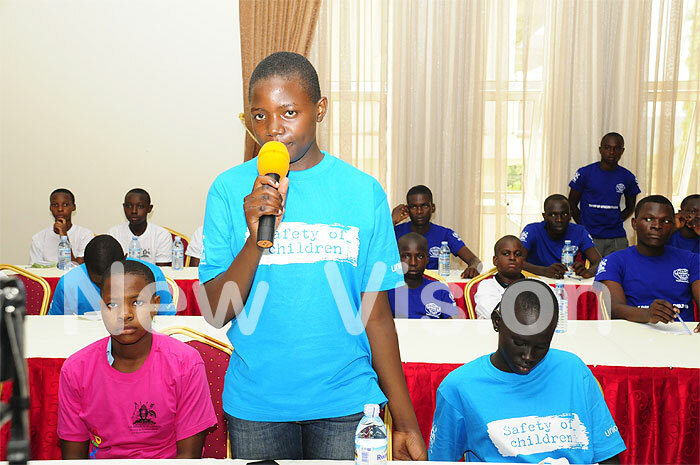 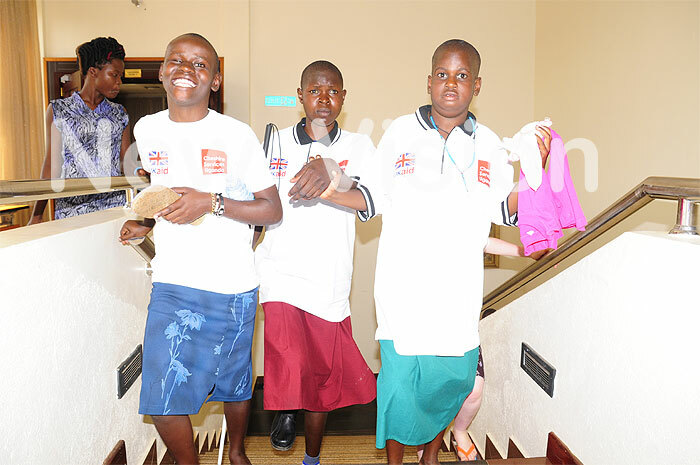 Children who attended the Children's Dialogue at Hotel Brovad in Masaka town assist their colleague who is blind. In their presentations, the children asked government and stake holders to give equal attention to children with disabilities and build more schools where they can attain education 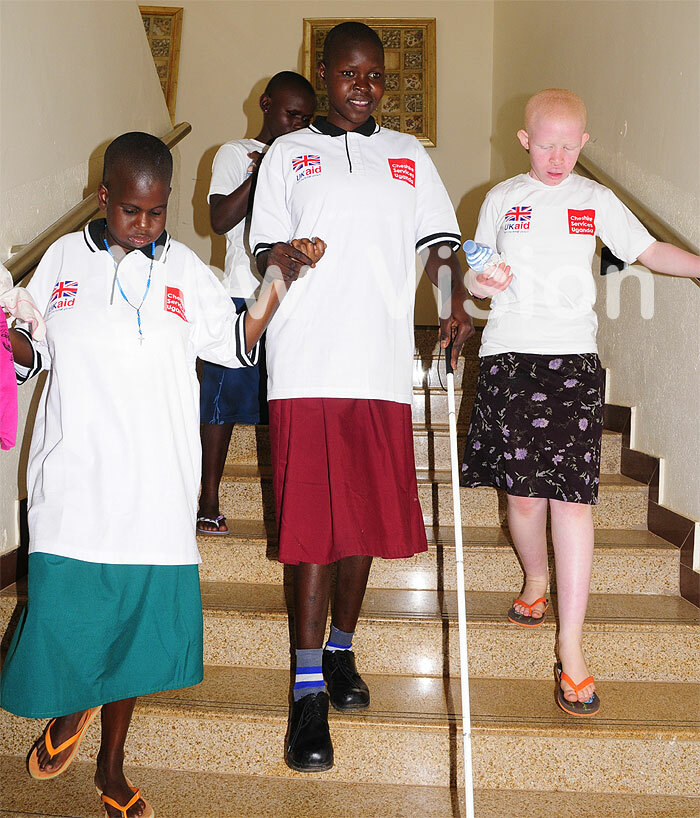