5 Health Benefits of Guava
Next Story

Blood connects us all

Every year on 14 June, countries around the world celebrate World Blood Donor Day (WBDD). The event, established in 2004, serves to raise awareness of the need for safe blood and blood products, and to thank blood donors for their voluntary, life-saving gifts of blood.

It aims at highlighting stories of persons whose lives have been saved through blood donation.

As the world today marks World Blood Donor Day, the World Health Organization (WHO) says blood donation by a mere 1% of the population can meet a nation's most basic requirements for blood.

A 2013 Integrated Regional Information Network ( IRIN ) report , indicates Uganda has an annual demand of about 300,000 units of blood per year but collects roughly 250,000 units.

But it says Uganda even with a population of more than 34 million people, and continuous reminders, many don't donate blood.

World Blood Donor Day is celebrated to fulfil the need of blood transfusion and blood products transfusion to the needed person anywhere in the world.

The limited supply of blood is not only a problem in Uganda but Africa generally. The World Health Organisation (WHO) reports that out of the 75 countries that report collecting fewer than 10 donations per 1,000 people, 38 are in Africa and all are low or middle-income countries.

This therefore means that out of 75 countries, less than one per cent of the population donates blood.

It is a troubling statistic because the demand for blood transfusion Uganda is great due to the high prevalence of anaemia, especially because of malaria and pregnancy-related complications.

But WHO stresses blood donation by 1% of the population can meet a nation's most basic requirements for blood. 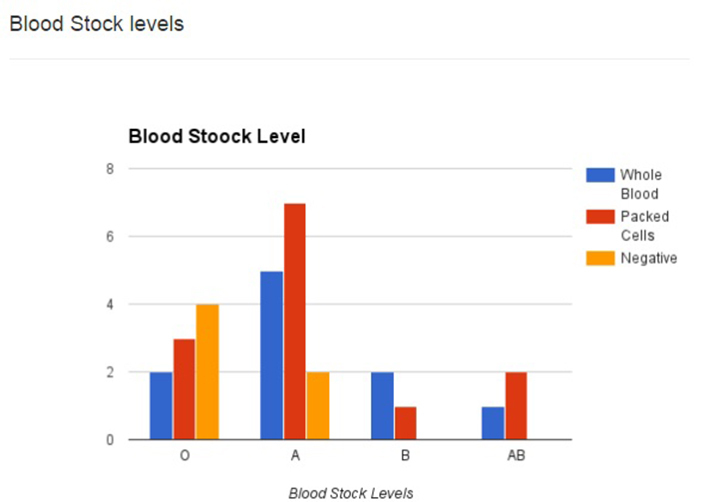 World Blood Donor Day is celebrated every year on the day of birthday anniversary of Karl Landsteiner on 14th of June in 1868.

This event celebration was first started in the year 2004 aiming to raise the public awareness about the need for safe blood donation (including its products) voluntarily and unpaid by the healthy person. Blood donors are the key role player at this day as they donate life-saving gifts of blood to the needed person.

It was first initiated and established to be celebrated annually on 14th of June by "the World Health Organization, the International Federation of Red Cross and Red Crescent Societies" in the year 2004. World Blood Donor Day was officially established by the WHO with its 192 Member States in the month of May in 2005 at the 58th World Health Assembly in order to motivate all the countries worldwide to thank the blood donors for their precious step, promote voluntary, safe and unpaid blood donations to ensure the sufficient blood supplies.

World Blood Donor Day celebration brings a precious opportunity to all donors for celebrating it on national and global level as well as to commemorate the birthday anniversary of the Karl Landsteiner a great scientist who won the Nobel Prize for his great discovery of the ABO blood group system.

Why you should donate blood

It also solves the lots of complex medical and surgical procedures all around the world. This campaign plays a great life-saving role for caring the women during pre and post pregnancy.

WHO says places devoid of an adequate blood supply face many life-threatening challenges during the arrangement of sufficient blood for the proper donation.

It states adequate supply of blood and its products can only be fulfilled by the regular and safe donations by the self-motivated, voluntary and unpaid blood donors.

Initially, Uganda had only one blood bank but after it was turned into the Uganda Blood Transfusion Service, getting more blood banks was necessary and government established regional blood banks in Mbale, Fort portal,  Mbarara, Gulu, Masaka and Arua.

·         Of the 112.5 million blood donations collected globally, approximately half of these are collected in the high-income countries, home to 19% of the world's population.

·         Only 43 of 175 reporting countries produce plasma-derived medicinal products (PDMP) through the fractionation of plasma collected in the country, whereas the majority of the other 132 countries import PDMP from abroad

According WHO statistics, only 62 countries are getting sufficient blood supplies from the voluntary and unpaid blood donors whereas 40 countries are still dependent for the blood donations on the patient's family member or paid donors.

But the World Health Organization aims to obtain sufficient blood supplies from the voluntary and unpaid blood donors all over the world by 2020.

How a certificate of good conduct can be obtained

Eviction : Are the laws followed?