Police in Sironko fired live bullets and teargas to disperse residents that were pelting them with stones during early morning drinking crackdown in Budadiri East constituency in Sironko district.

The operation started as early as 8am in Mafudu trading centre where a number of youth were arrested from drinking joints and cinema halls. Some were nabbed from gambling halls.

The residents also changed tactics by moving their drinking joint to Banana and Coffee gardens to avoid arrest.

After police led by Sironko RDC Moses Wamoto Kigayi were tipped off that drinking joints had been shifted to plantations, they raided the gardens and arrested over 50 suspects.

At about 11:45am a group of youth and women gathered and demanded for release of their people.

They hurled insults at police demanding for the unconditional release of the suspects. They accused the police of using excessive force while carrying out the arrests and started pelting police with stones. 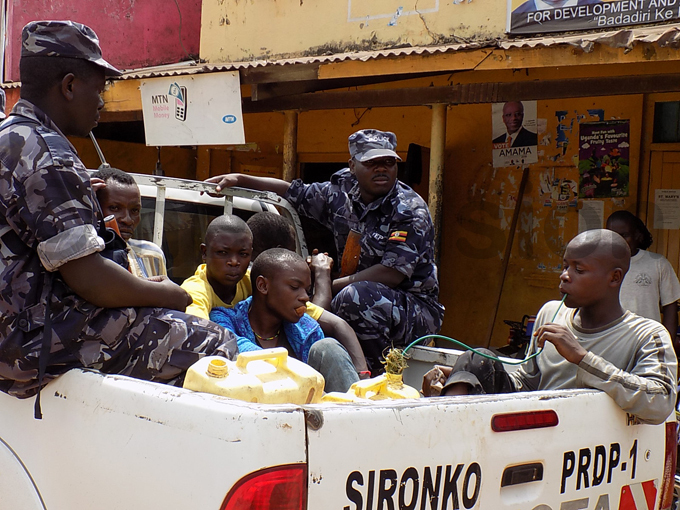 According to Kigayi, the operation was prompted by rampant gambling and early morning drinking.

He said instead of utilising the current rains to engage in productive agricultural activities, most residents had turned to gambling and early morning drinking.

Kigayi was concerned that the actions of the residents had become a security threat in the district, adding that human rights activists should stay away from Sironko.