Inmates walk 1Km on foot to court
Next Story

An estimated 8,000 children are engaged in grasshopper harvesting

The children who were rounded up at Nyakasanga Police Station. Photo by Wilson Asiimwe

An estimated 8,000 children are engaged in grasshopper harvesting

Local leaders in Kasese Municipality are battling with school children who have abandoned schools and turned to grasshopper harvesting.

Since the school term opened on Monday several schools have registered low turnout of children as most of them spend their day time in the bush looking for grasshoppers.

Children are resorting to grasshoppers instead of going to school arguing that it is a better deal for them.

An estimated 8,000 children are engaged in grasshopper harvesting in Nyamwamba division either in actual extraction or in ancillary services such as selling food and collecting water among others.

At Nyakasanga along the Kasese-Fort Portal Highway, several children can be seen scouring the stagnant water in heavy sunshine in search of grasshoppers.

Some of the children in schools near the grasshopper harvesting sites are abandoning classes arguing that they want to get money to support their parents in buying scholastic materials.

"We are not going to accept that all parents whose children don't go to school will be arrested because we have involved the police and all local leaders," said Robert Donny the secretary social services at Kasese Municipal Council.

Donny says school attendance in the affected areas is about 50 percent of the total school days, meaning that in one week a child involved in grass hopper harvesting will attend school for just one day. 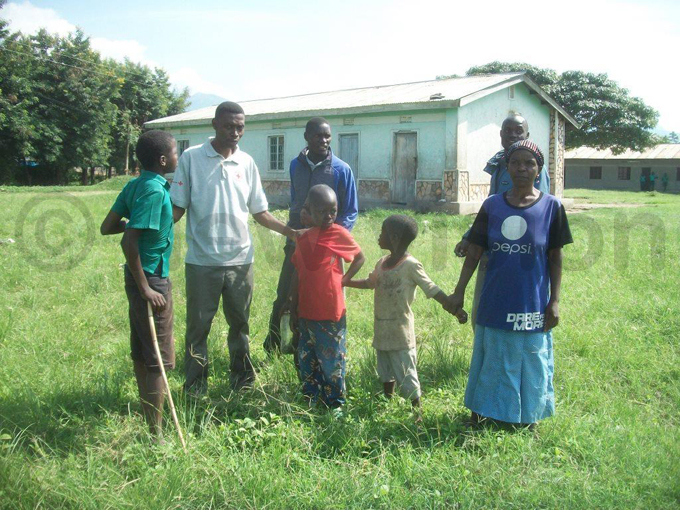 Local leaders and the Police rounding up the children. Photo by Wilson Asiimwe 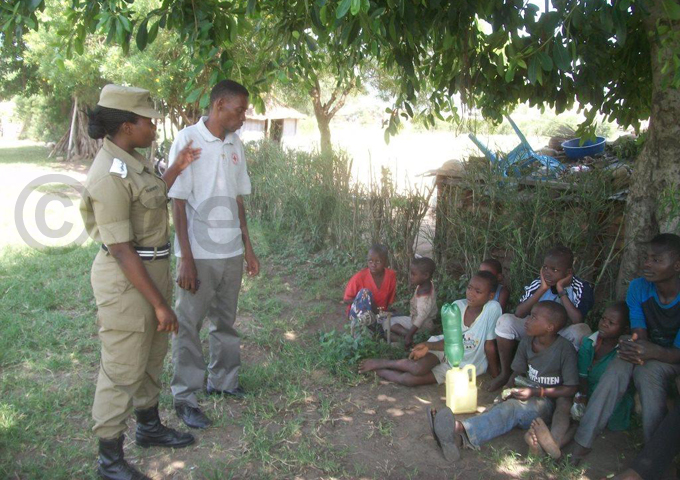 "All schools are grappling with low turn up of children because most them are involved in grasshoppers and parents are simply looking on but as local leaders we are moving to have them arrested," said Donny.

At Nyakasanga Primary School only 50 out of the 500 registered children have attended the 1st week of the opening of the school term while the rest are still in their homes or engaged in grasshopper harvesting.

On Thursday an impromptu operation was conducted by police and the army in which over 20 children were arrested and taken to Nyakasanga Police Post and cautioned before they were released.

Children under 18 constitute 30-50 percent of the total workforce in small scale gold mines across Africa, according to the International Labour Organization.