As part of the preparations for their first Rugby Africa Tier A match against Namibia on July 2, the Cranes travel to South Africa.

As part of the preparations for their first Rugby Africa Tier A match against Namibia on July 2, the Cranes travel to South Africa.

After the 48-10 thumping by Kenya in the first leg of the Elgon Cup on Saturday, the Rugby Cranes will find the twelve-day training camp with Cheetahs Rugby Club in South Africa very useful following several errors in the match that led to the heavy defeat.

As part of the preparations for their first Rugby Africa Tier A match against Namibia on July 2, the Cranes travel to South Africa and must quickly fix their defense that was lacking against Kenya and their execution in attack which was also not up to scratch. The team didn't win any ball from the lineouts and the physical presence is still a work in progress going into the more demanding CAR Tier A games.

Good thing; everyone who participated in the Saturday game is well aware of the hard work that waits.

"It was a very tough game, there are so many lessons learnt and we hope to rectify the errors we've committed today. We were not clinical enough when we had the possession but we have to pick ourselves up and build on the positives; we owe the fans a very good performance on July 2," team Captain Brian Odong said after the game. 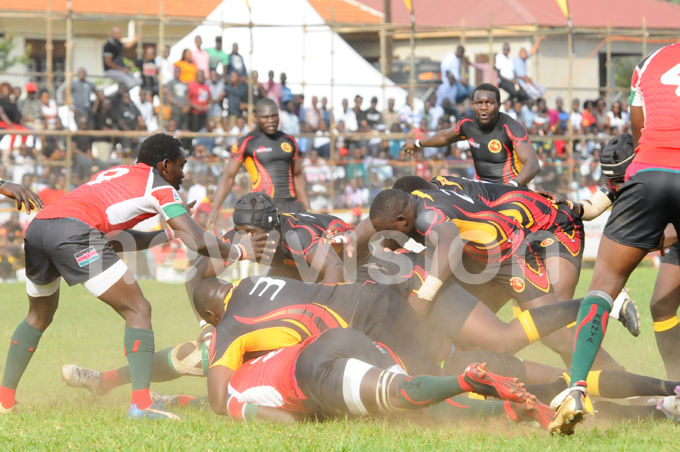 Despite the defeat, Coach Robert Seguya was happy with the general performance of his boys and was optimistic of better results in future engagements.

"I'm happy with the boys; the good thing is for them to learn from their mistakes and since this game was just for pride and a buildup we will just have to work on the many mistakes we have committed which the Kenyans capitalized on. If we don't pick any lessons from this game then we would have lost it; so it is good we had this game which has exposed our weaknesses which we are definitely going to work on," Seguya stated.

On a hot Saturday afternoon, the Ugandans were no match for the fast and physically strong Kenyans who approached the game more maturely and scored a quick try in the third minute through Vincent Mose which Darwin Mukidza converted for a quick 7-0 lead.

Three minutes later Kenya Captain Brian Nyikuli added another try as the Ugandan defence was once again caught napping before the Ugandans replied with a try and conversion by Charles Uhuru and Kevin Makmot respectively.

Cheered on by the massive home crowd the Ugandans finally turned on the heat and got two successive penalties. One was missed by Kevin Makmot and the other was converted by Phillip Wokorach in the only entertaining, ten-minute spell of the game for the Ugandan fans. 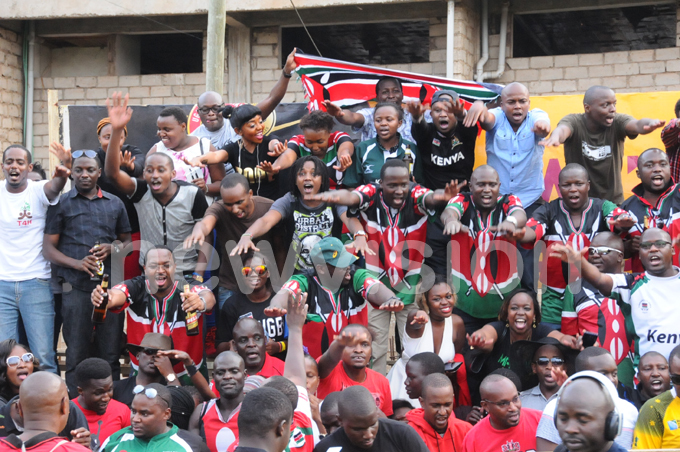 In the second half the Ugandans pressed hard but could not break through the tight Kenyan defence and were later to pay when Nato Simiyu adding another try before Mukidza completed his hat-trick of tries after twice out pacing the entire defence.

In the end it looked very easy for the Kenyans who also used the warm up game to prepare for the bigger demands of the CAR Tier A matches.