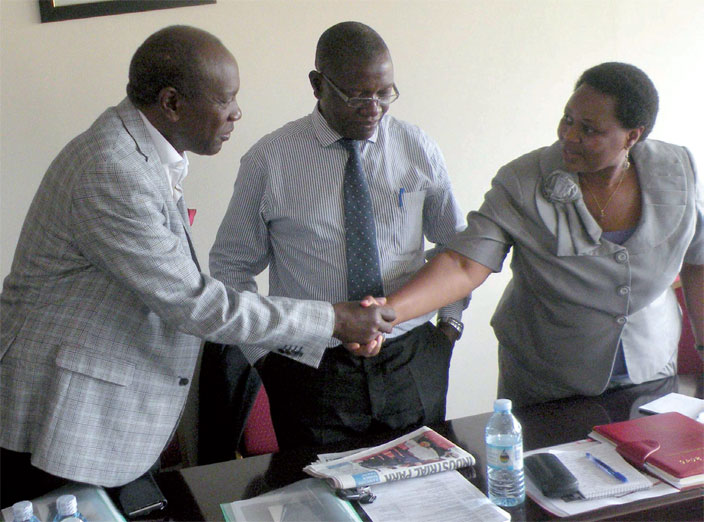 On Thursday, the education ministry, through the Skilling Uganda programme, organised a stakeholders' workshop to discuss the crucial issue of local skills or lack thereof, for the oil and gas sector.

The workshop, held at the Nakawa Vocational Training Institute, had interesting revelations. The chairperson of the Chamber of Mines and Petroleum, Elly Karuhanga, who offi ciated at the workshop, said oil companies everywhere are under pressure from their fi nanciers, governments and civil society organisations to deliver results, so they may not want to waste time on semi-trained local people.

"When banks are on their necks, the Government is demanding taxes and civil society is busy attacking the investment, it is important to employ only qualifi ed people with a particular skill for the sector," he said. The workshop, according to Skilling Uganda offi cial Jimmy Twebaze, was to bring together all departments with the oil and gas component for proper co-ordination. "We have a lot of people in the sector giving different information, so we want to come together and talk the same language," Twebaze said.

The stakeholders included the energy ministry, vocational training institutions, donors, recruitment agencies in the sector and training institutions for oil and gas. Karuhanga said instead of demanding consideration for local people, the locals should fi rst ensure they acquire the right qualifi cations and skills.

"Oil companies exploring in Uganda will not employ Ugandans without the qualifi cations needed in the oil and gas sector," he said.

He explained that working in an oil-related fi eld calls for caution to avoid dangers such as fi res as a result of oil leakages and spillage. So the concern of the oil companies would be to save on the amount of money and time that might be spent after such accidents have occurred.

"Just training people to get a certifi cate is not suffi cient for employers to give you a job, they will not trust you, they will want someone with skills they are comfortable to work with. For that reason, they hire from outside," Karuhanga said.

Kenneth Mwesigwa, a mechanical engineer who has worked in four continents and over nine years in the oil industry agrees. Mwesigwa says Ugandans have failed to penetrate the oil and gas job market because of lack of the required hands-on-training for the complicated field.

According to Mwesigwa, thousands of jobs are available, but those who access them must strictly adhere to the requirements. "The demand for strictness in regard to safety and security for workers means that only those professional with adequate knowledge of the dangers involved can take on such jobs," he said.

"The beauty of careers in the oil and gas industry is that they offer hands-on training as long as you are open-minded and can face the challenges," Mwesigwa said. But he says one fi rst needs certain level of training.