According to the 2013 National Environment Management Authority report, only 10% of the population in Uganda has access to electricity. The rest use fi rewood for cooking. As a result, deforestation is occurring at a rate of one percent, which is approximately 90,000 acres of forest cover annually.

At the centre of deforestation is the lucrative trade of charcoal burning, commonly known as "black gold". Unfortunately, the entire charcoal value chain in Uganda is characterised with ineffi cient systems that lead to degradation of forests and a high level of biomass loss, which means that despite cutting down a lot of trees to make charcoal, the amounts made are still too little to satisfy the market needs.

"This problem is compounded by the high fertility rate of more than seven live births per adult female in some areas. As a result, the country has been plighted with deforestation at a magnitude beyond comprehension," energy minister Irene Muloni says.

To avert the problem, various attempts are being made by the Government and various partners to improve the methods of charcoal production. However, these are hindered by the negative perception many people have towards new improved charcoal technologies.

To counter this, the Ministry of Energy and some local communities are working in partnership with the United Nations Development Programme's (UNDP) green charcoal project to promote more effi cient technologies that enable them save the environment while still earning from biomass fuels.

Muloni says these technologies involve the use of improved retort and conversion kilns, which are not only environmentally friendly, but also compatible with the expectations of the communities. 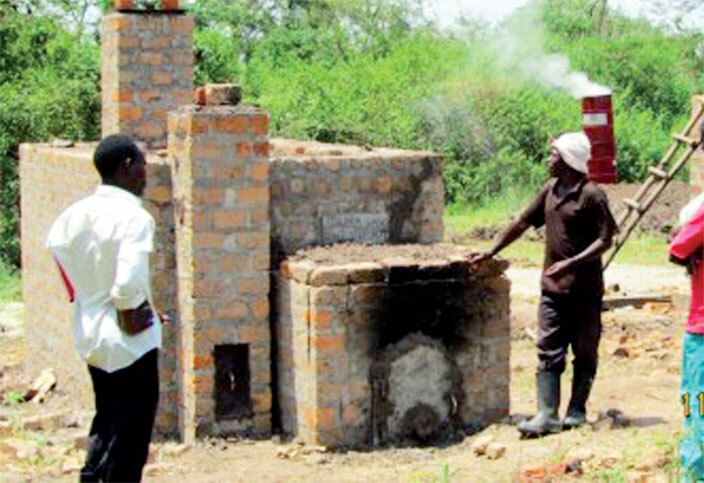 The Ministry of Energy and Mineral Development is implementing the project, together with the Ministry of Water and Environment, National Forestry Authority (NFA) and district local governments of Kiryandongo, Nakaseke, Mubende and Kiboga, where the project is being piloted.

The main goal of the green charcoal project is to develop and promote improved charcoal production technologies and sustainable land management practices through an integrated approach.

"With green charcoal technology, we expect to save up to 143,314 metric tonnes of wood from being felled for charcoal in four years. Furthermore, a big number of sustainable charcoal co-operatives are being strengthened and over 2,400 charcoal champions secured in the pilot districts. The campaign is aimed at ensuring that the country has enough charcoal production, as well as forest and trees for sustainable production," Simon Peter Amunau, the UNDP programme co-ordinator, says.

Wilson Wafula, the acting commissioner in the ministry of energy, says the project is being implemented under three major components: Data collection, dissemination of appropriate technologies for sustainable charcoal production and strengthening the capacity of key stakeholders in sustainable forest management and sustainable land management. 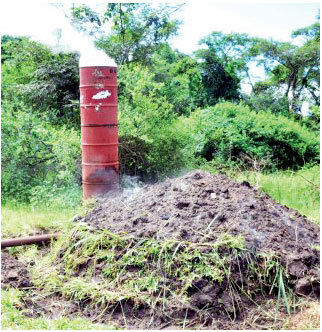 Dr. Samuel Bagabo, the developer of the technology, says it is more effi cient at recycling emissions, and also has a 20% profi t margin per output unit of charcoal produced. "It has 35% to 40% effi ciency.

It means that if you are converting 100kg of wood into charcoal, you will have a recovery of up to 40kg of charcoal. Ordinarily, using traditional methods, you would get 10kg of charcoal out of 100kg. With the new method, you make a saving of 40%.

Plus, you would reduce on the green gas emissions," Dr. Bagabo reveals. Many of the traditional charcoal conversion kilns, usually in form of earth pits or mound kilns that are currently in use in Uganda, are not considered effi cient, with one tonne of wood producing an output of 100-150 kilogrammes of charcoal.

On the other hand, the new improved retort kilns, produce about 400kg of charcoal from similar tonnage. Amunau says the green charcoal project will transform how charcoal is produced, transported and used in the country to ensure steady production without depleting trees and forests.

He said through engagement with charcoal users at different levels, reckless cutting of trees will be controlled. According to Amunau, the green charcoal project aims at encouraging and supporting tree planting across the country and providing improved technologies on charcoal management.

The project has contributed to the development and implementation of the National Biomass Energy Strategy (NBEST) for Uganda, as well as creating awareness about the dangers of traditional charcoal production methods.

"This has helped to infl uence attitude change towards adoption of improved charcoal production technologies among different stakeholders, as well as contributing to reduction on the amount of wood used for charcoal production," Muloni says.

The project has also enabled capacity building of charcoal producing associations and supported women and youth entrepreneurs in producing and marketing briquettes as a small and medium enterprise. A total of 500 community members have also been trained and supported to plant close to one million trees for sustainable charcoal feedstock. 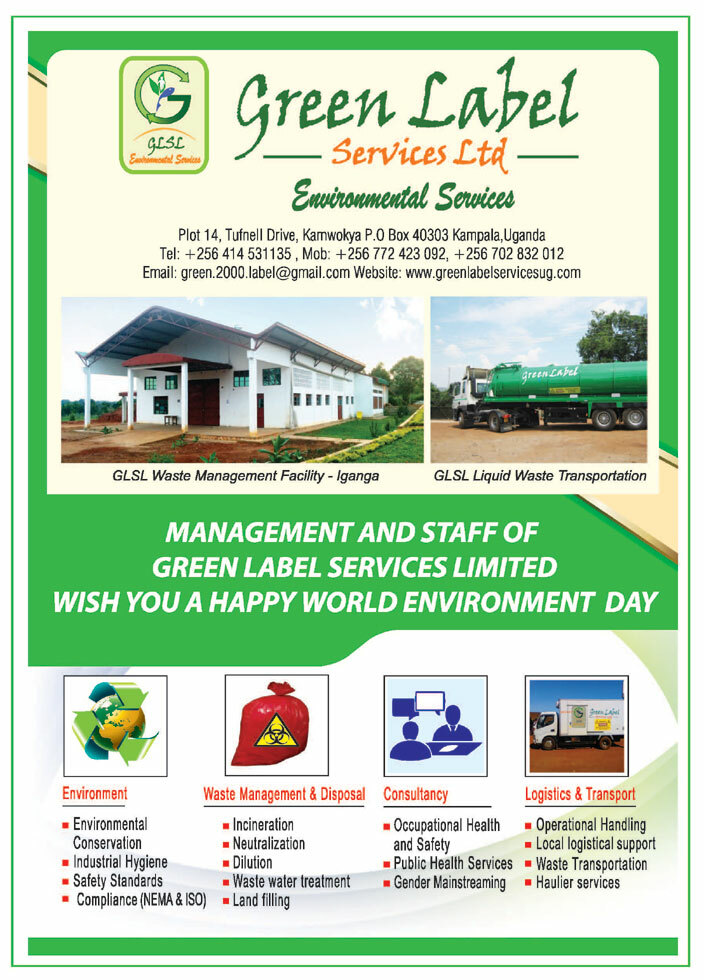 In a remote village near Bwera at the Uganda-DR Congo border, Daniel Misaki, a 20-year-old student of Karambi Secondary School has been catapulted into stardom in the conservation arena. This came after he became an energy champion for Uganda in a competition organised by the World Wildlife Fund for Nature (WWF).

He stands a big chance to become Africa's youth energy champion today at Livingstone in Zambia. "Daniel will also be among the candidates that will be in line for the WWF Presidential Award nomination 2016, according to Eddie Oketcho, the WWF communications offi cer in a statement sent to New Vision over the weekend. 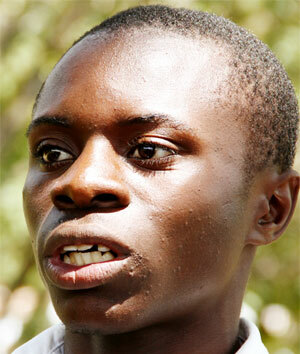 Youth innovation According to Frederick Khuma, the director WWF's regional offi ce for Africa, the awards are intended to recognise the importance WWF places on youth innovation and leadership.

It also recognises the role youth play in contributing to the conservation of the environment. As part of the requirements for consideration, Misaki had to write a futuristic article about conservation. Commenting about his article, David Duli, the WWF Uganda country director said: "The message he has presented is very powerful and compelling to all responsible citizens to wake up and do something about sustaining the planet's capacity to support life."

The awards are part of the activities of the WWF's Annual Conference 2016 which started yesterday in Livingstone. Misaki was part of the school team that participated in the Champion District Initiative clean energy school competition organised by WWF Uganda, through the Education for Sustainable Development Programme. His school emerged the best in the district. "I have used the knowledge and skills attained to infl uence other students and my community into conservation," Misaki said.

As a result of the competition, I also became the fi rst chairperson of a new club that was formed in my school, the Students' Clean Energy Technology Club. Misaki has also hosted different guests, both international and local, showing them the different clean energy initiatives started at Karambi school.

Some of these include setting up a biogas plant and installing solar energy technologies for the school, among others. "I also participated in the construction of clean energy mud stoves for the community around my school and I have also trained other students and community members in doing the same," Misaki says.

Misaki's interaction in the conservation fi eld has inspired him to conduct an experiment on how to store biogas in a gas cylinder. He is also writing book titled, The Ruin of the Planet. "I hope to inspire other people into conservation, especially those in my community," he says, adding that he hopes to study the environment at the university. 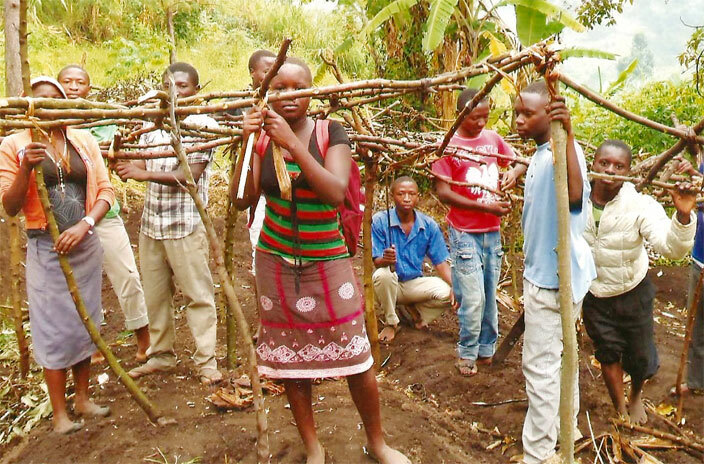 Environment threatened The changing climatic conditions, the declining animal and plant species, and the drying wetlands are a threat to future life existence on this planet.

"It is all a result of human activities. Our demand for resources is surpassing the carrying capacity of the ecosystem. The fl ooding water bodies, landslides, global warming, declining crop yields and animal species raise my concern as a human being.

"I take it as our role to equip young children with the knowledge of conservation if it is to be sustained for the next generation." 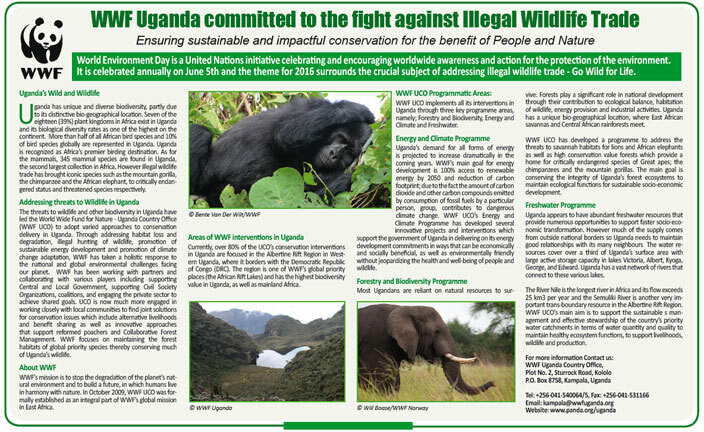 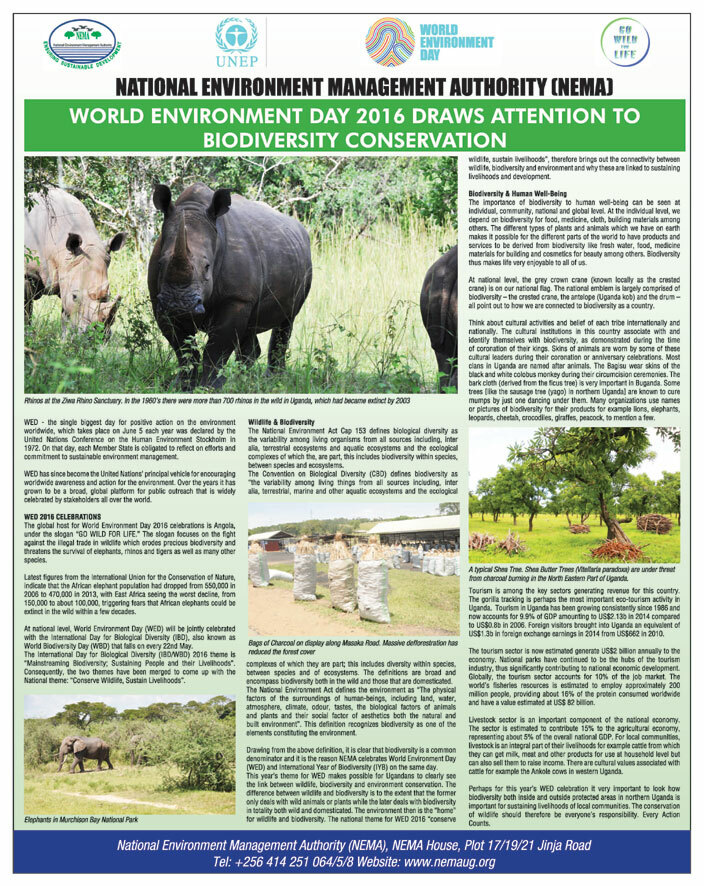 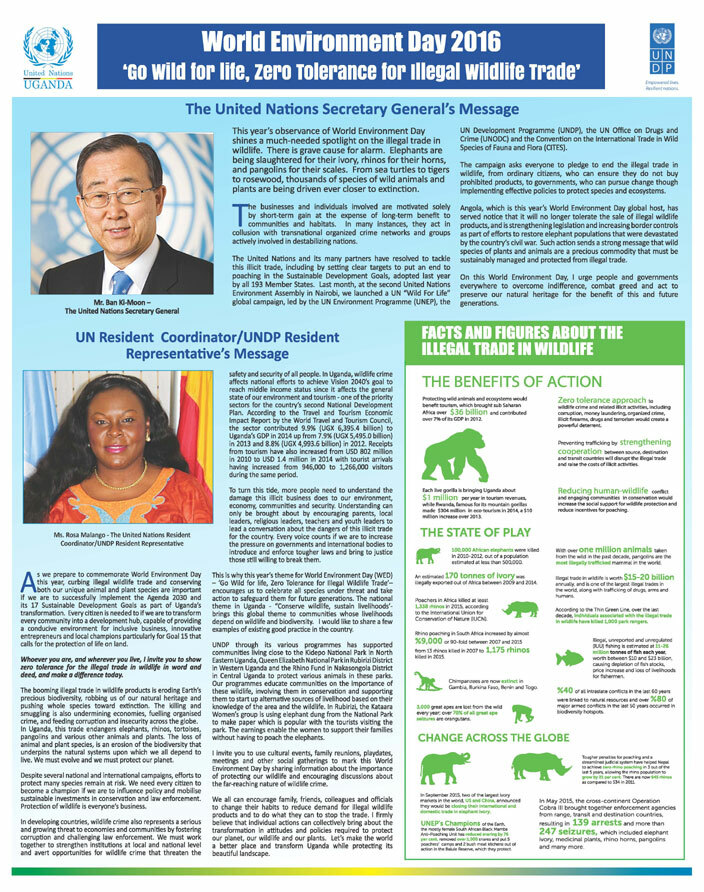 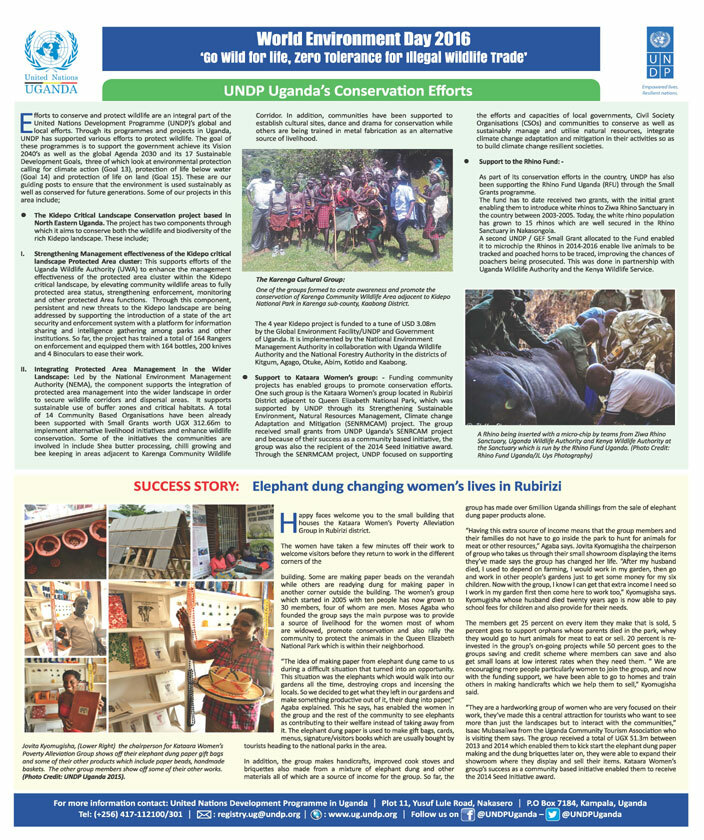 Usage of Drugs for Prevention/Treatment of Covid-19

No apparent harm or benefit from hydroxychloroquine: study