Uganda moved to the top of Group D after beating Botswana in their penultimate group qualifier at the Francistown Stadium on Saturday.


The Cranes are now three points clear of second-placed Burkina Faso who play on Sunday against bottom-placed Comoros.

William Luwagga Kizito showed great composure to give Coach Milutin 'Micho' Sredojevic’s side the lead 10 minutes into the opening half.

The 22-year-old controlled a long-range drop from teammate Tonny Mawejje before beating the goalkeeper to finish coolly.

The visitors took a deserved lead into the break but saw that advantage cancelled out when Onkabetse Makgantai found the equalizer – amid protests for offside – seven minutes after restart.

But any grievances by the Ugandans were swiftly put aside, but definitely not forgotten, when Khalid Aucho restored The Cranes’ lead two minutes later.

From then on, with the home support effectively silenced as quickly as they had been fired up by the equalizer moments before, Micho’s men stepped up and launched a series of attacks, inspired by the introduction of fresh legs in the form of Emmanuel Okwi.

The visiting side had to endure nervy final moments, with the hosts once striking the bar from a well-taken free-kick.

And for any nail-biting Ugandan fans watching from the edge of their seats, the wish was that the four added minutes vanish in thin air. Yet the hands of time seemed to drag on as the Botswanan fans, on the other hand, hoped they could snatch a late equalizer -- which never came. 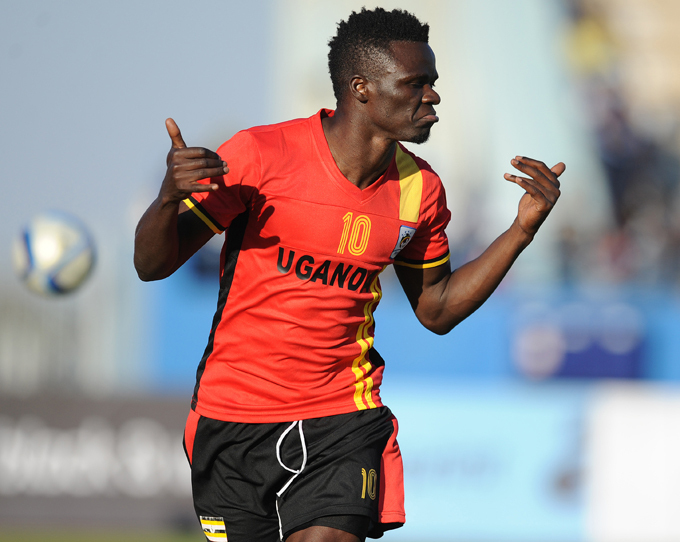 With one group game left to play (against Comoros) later in the year, Uganda now have 10 points from five games ahead of Burkina Faso who have so far seven with a game less played.

Progression to the finals of the continent's biggest and most popular football tournament has for the last 38 years been a slow work in progress for Uganda. The last time they featured on that stage, it was a huge accomplishment, finishing as finalists, beaten by Ghana in the final game.

It's been several years of waiting to get right back there and even when that amount of waiting time came close to being shortened in more recent campaigns, it's been the same-old agonizing story.

And that's the recurrent script with a heartbreaking ending (from the Ugandan point of view) that Coach Micho and his boys are determined to re-write this time round.

Sunday's game can make such script reforms even easier for Uganda if Burkina Faso falter against Comoros. That comes to pass and The Cranes will be a win away from automatically making it to Gabon.