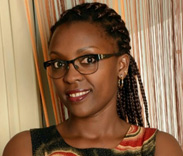 Urban mobility and govt cars
TOP News STORY
5 years ago .
Urban Mobility: Are our gov'ts forcing us to use cars
The denser the urban centers are, the bigger the challenge for dwellers, planners, visitors and citizens, among others.

Urban Mobility: Are our gov'ts forcing us to use cars by continuously facilitating them better?

Mobility plays a key role as far as a country's development is concerned. It also impacts on the overall quality of life especially for urban dwellers. However, it has continued to be a real challenge, leaving all the affected to imagine they could do it better than the concerned authorities.

The denser the urban centers are, the bigger the challenge for dwellers, planners, visitors and citizens, among others. The major challenges paused are traffic congestion, road safety, air and noise pollution. Other significant ones which we tend to ignore include lack of affordability, lack of choice, inconveniences, poor accessibility and social injustice.

It is worrisome that Africa's urban population will increase from 36%, as projected in 2010 to 50% and 60%, by 2030 and 2050, respectively. The transportation sector is naturally growing tremendously, with huge road infrastructure investments, and mainly favoring cars.

Also, some mobility options have been rendered rather unsafe in African cities; the most and worst affected being the vulnerable road users who are non-motorized transport users, mainly the pedestrians.

In Uganda, the fatalities constitute 39% of the pedestrians and 32% of the public transport passengers. It is estimated that more than 50% of trips made daily in Kampala and most African cities are on foot, hence a big number of those exposed to these fatalities. This implies that if we choose to do nothing now, then the extent of vulnerability & its impacts will be unmanageable and/or more costly.

Whatever we choose to do has to be sustainable and all-inclusive; not only moving from A-B, or driving very fast, or on a smooth and wide road but more about safety, accessibility, choice, affordability, efficiency and convenience; which all impact on the quality of life.

Our governments ought to know that it is always easy to tell a country's economic and social status through how people move in their cities and towns. Of all the current urban mobility challenges, it is unfortunate that African cities now seem to be trapped in the syndrome of responding to, mainly, traffic congestion, and mostly through road infrastructure expansion, without considering the majority people adequately and fairly.

It is obvious that this action is aimed at accommodating more cars and enhancing the driving experience and not the movement of the other, yet majority road users. It is a traditional approach, mostly with short-lived targeted impacts.  And that is why our roads will forever appear narrow; a laughable mindset, also about why Kampala experiences ugly traffic congestion.

It is a syndrome because the more road expansion, the more car use, and hence the more vehicular traffic generated calling for more road space. It is not only about the road width, it is about order, capacity, use, road user behavior, road hierarchy/function and land uses, among others factors.

The state of our public transport only reinforces this syndrome. What does it mean when one stands by the road side, withstands a heavy down pour, a muddy road, waiting for public transport in vain, and is desperate to pay for it because they have to go and earn a living?

Could it be because the majority are not private car users, let alone owners, that an all-inclusive approach is not a priority for African governments? Are the citizens being indirectly forced to use cars by continuously facilitating them better compared to other modes?

If we envisage the future of our cities as mainly car-oriented, then that will be one of the biggest mistakes we shall have ever made, given the urbanization rate, and the fact that there is no city that runs smoothly only on private cars, and no car user is comfortable with the increasing car menace and enslavement.

Car ownership is not the problem but its unsustainable use, which is linked to the mobility challenges earlier mentioned. Its use can be greatly influenced by providing attractive complimentary, as opposed to alternative means.

And the smartest way to do this is to plan for all modes of transport in urban areas; the car, good public transport (which is attractive to the growing middle income class), well linked to excellent non-motorized transport; mainly walking and bicycle riding.

In countries where this has successfully been implemented, the national governments prioritized it. The political will has also been very key. This approach can be best adopted and implemented gradually, given the current urban mobility status and negative attitude, mainly among the general public and the politicians.

Awareness and sensitization campaigns are very useful too. For example, according to The New Times-Rwanda, 26th May 2016, Kigali city has introduced Sunday Car Free Days to encourage healthy lifestyles. Uganda held its first Car Free Day in 2011, second one in 2012, and third in 2014.

Of course Rwanda's weekly one is better but both are great small steps for any country where excessive car use is threatening to destroy people's quality of life and widening the gap between the rich and the poor.

African governments must realize that it may be easier to maintain the majority non-motorized and public transport users than to attract the current car users to those two modes in their current unattractive state, so they can only be assured of more cars in their cities, if they choose to do nothing now or something but in the wrong direction. I hope the government of Uganda will choose to act smart.

The writer is an urban planning lecturer at Makerere University