UPC calls for dialogue among political par...
Next Story

Olara Otunnu announces his resignation from his position at press conference at Speke Hotel. Photo by Mary Kansiime

Embattled Uganda People's Congress (UPC) president Olara Otunnu is set to resign from the position on July 1 this year.

Otuunu made the announcement on Thursday morning in Kampala and delegated the vice president Joseph Bossa to take over his responsibilities.

"I strongly feel that I must now pass on this baton and responsibility. This is important and necessary for the party," Otuunu said.

He has been the party president since 2010 and announced early last year that he will not seek a second term in office.

UPC has been polarized by the bitter row between Otunnu whose term of office expired in March 2015, and Lira Municipality MP Jimmy Akena who leads another faction of the party.

The strained relationship involving unending court battles is traced back to 2010 when Otunnu beat Akena in a hotly contested race.

Bossa welcomed the development said he is ready take up the responsibilities come July.

"I accept to assume the responsibility of coffered upon me by the party constitution," Bossa said. 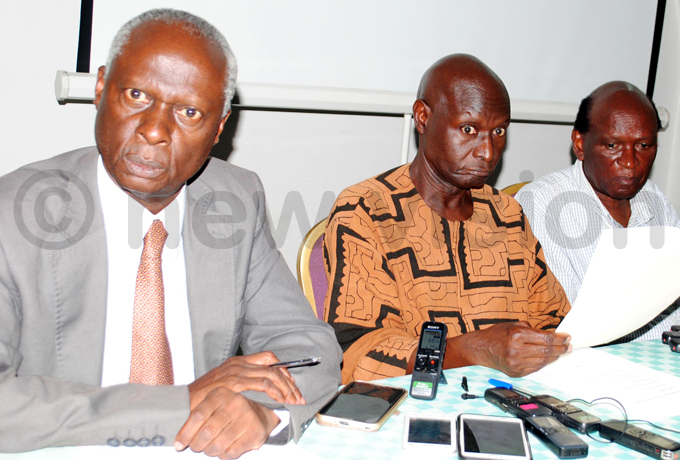 Gomba schools to get UNEB centres next year

What to expect in the New Vision today

What to expect in the New Vision today