Lorenzen trains with Uganda Cranes for the first time

The German-based forward scored in a practice match

The forward is put through his paces alongside follow Cranes players at Namboole Stadium. Photo by Julius Senyimba

The German-based forward scored in a practice match

Undecided Germany based Uganda striker Melvyn Lorenzen was one of the eleven players who turned up for Uganda Cranes training ahead of the AFCON qualifier against Botswana on June 4.

The player insists that he is yet to decide whether or not to play for Uganda Cranes permanently.

"I'm glad to be here again, it's my fourth time here. I had a chat with coach Micho last year and I resolved with my personal coach and we decided to do a friendly with the team, but I have to make up my mind. I want to get to know the other players and coach and see how they work and I'm looking forward to seeing the guys," Lorenzen said.

"I grew up in Germany and I have relatives and parents from Uganda so I have to decide later whether I feature permanently for the Cranes, when I go back to Germany" Lorenzen a son to Drake Mugisa and Martina Lorenzen who live in London and Germany respectively said. 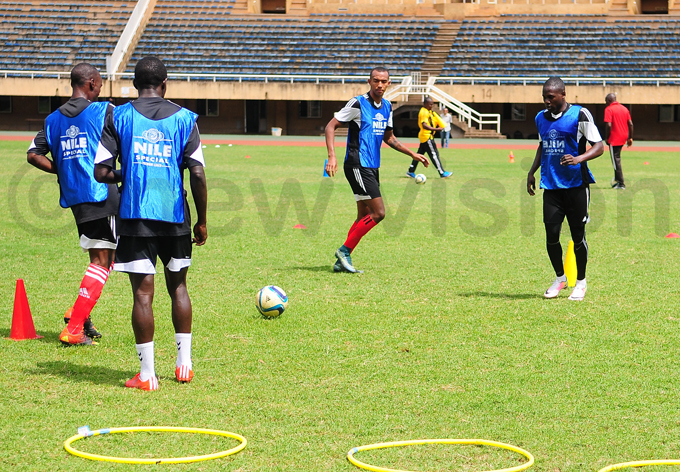 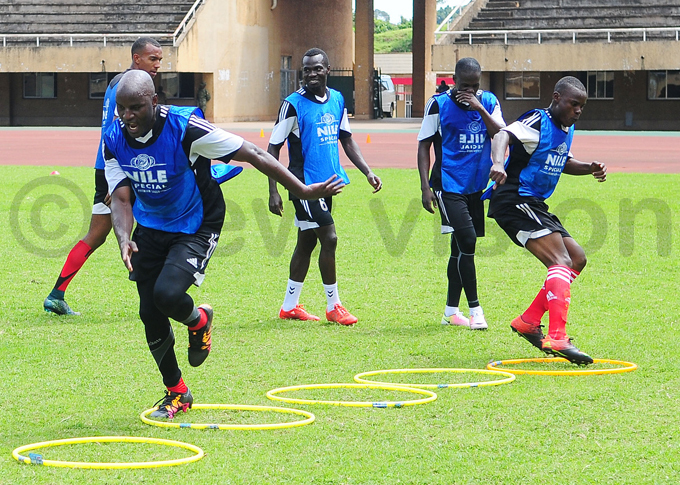 Other players who joined in training were Joseph Ochaya, Erisa Ssekisambu, Emmanuel Okwi, Edris Lubega and Geoffrey Massa at the Nelson Mandela Stadium in Namboole on Wednesday.

In a closed door practice match with Uganda Premier League side, The Saints FC, Lorenzen scored in Cranes' 3-0 win. Okwi and Massa scored the other goals for the Cranes.

The Cranes head to Harare where they will play Zimbabwe in friendly match on May 31st before heading to Botswana for the qualifier on June 4th.

Training continues on Thursday with more players expected to join the camp. 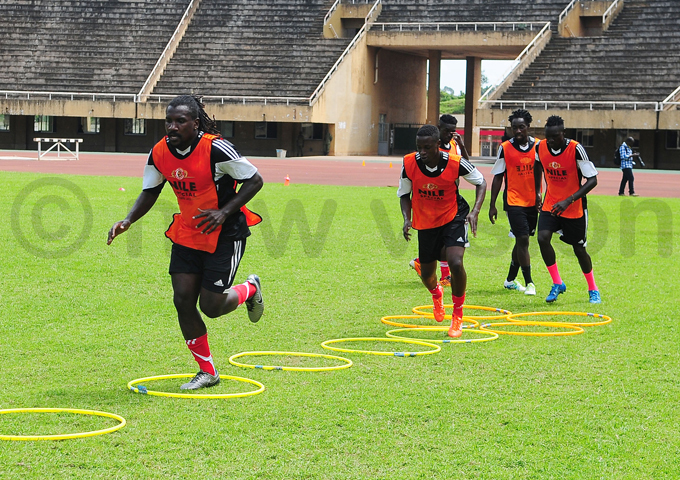 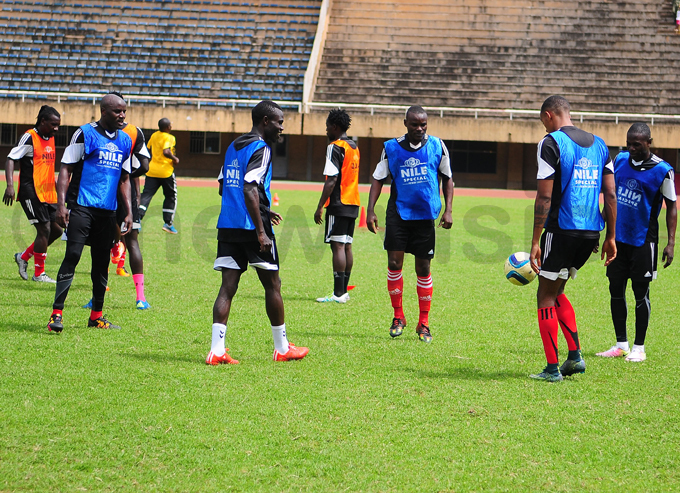 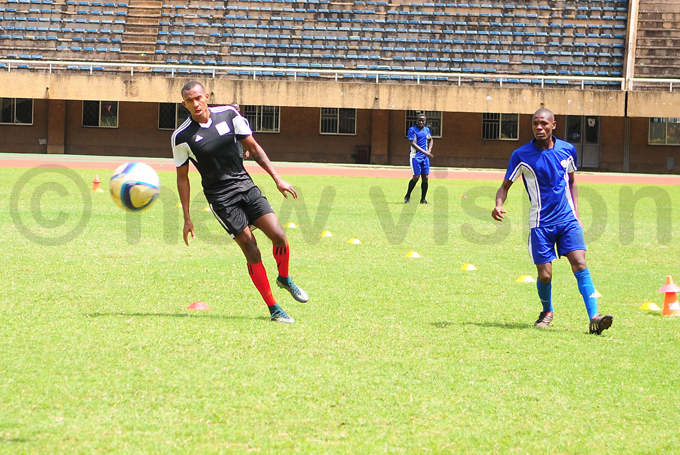 Lorenzen (L) during the practice game against The Saints. Photo by Julius Senyimba