Barca coaches on scouting mission in Uganda
Next Story

Vipers drew against URA to hand KCCA the title

KCCA coach Mike Mutebi is tossed in the air by the jubilant players after clinching the title. Photo by Mpalanyi Ssentongo

Vipers drew against URA to hand KCCA the title

KCCA clinched their eleventh Uganda Premier League title on Tuesday after playing out to a 1-1 draw with rivals Express FC.

The result, which also handed coach Mike Mutebi his first ever title, meant KCCA preserved their four-point gap over title challengers Vipers with a game each to end the season.

Coach Mike Mutebi's march to his first title was partly aided by lukewarm Vipers SC, who in their third consecutive match failed to deliver the killer punch.

George Nsimbe's side was this time held by URA in Buikwe, a result that meant that even if Vipers won their last match they would not catch KCCA up with 56 points.

"It feels good to win my first title. But I must say, the players also did a great job considering that most of them were just being groomed," stated Mutebi. 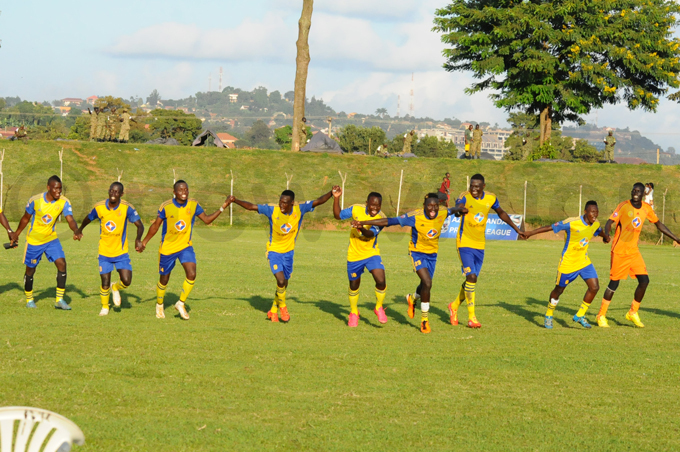 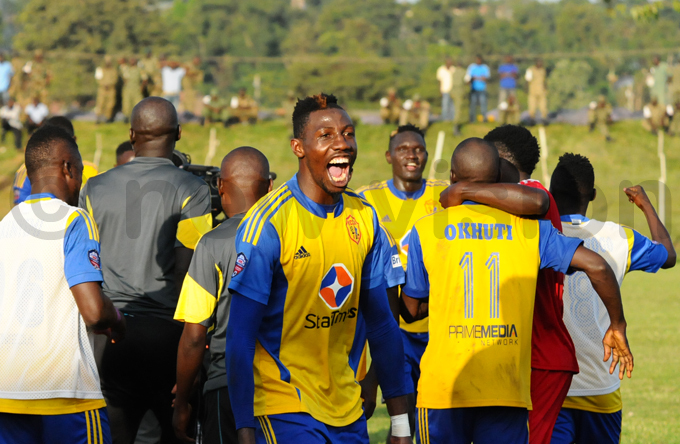 But also trust Mutebi when it comes to making an independent opinion of the level of competition.

"There was lack of serious competition. There were critical moments when other teams were supposed to close the gap. But when we lost points they also lost," stated Mutebi amidst wild celebration.

The Red Eagles got on the scoring chart first yesterday. Skipper Vincent Kayizzi gave the hosts a 28th minute lead from the penalty spot.

Man of the match Muzamil Mutyaba struck the equaliser in the 62nd minute. 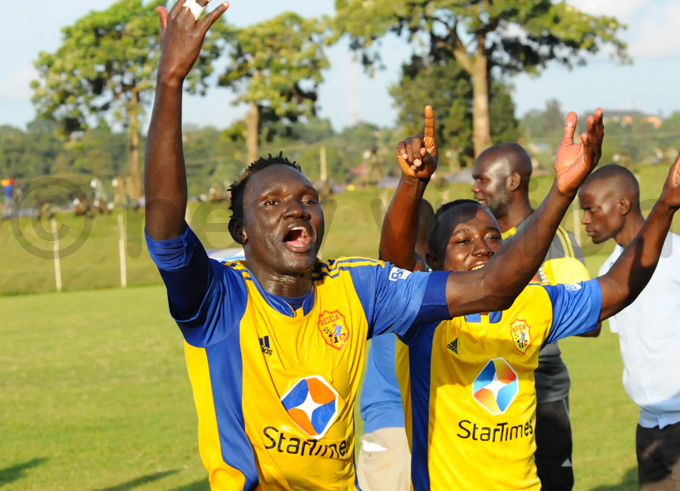