Scientists say the last century has had more damaging effect on the planet than before.

Scientists say the last century has had more damaging effect on the planet than before.

Temperatures in Uganda are on the rise and the trend is likely to continue.

Dr David Mfitumukiza, a researcher at Makerere University center for Climate Change Research and Innovation (MUCCRI), says projections put the temperature at 27 degrees C by 2100 from the current 21 degrees C.

Mfitumukiza was presenting a paper titled ‘The Story of Climate Change to a group of farmers, local government officials and academics.'

The training, dubbed ‘climate change adaptation for pastoralists communities in East Africa', is a collaboration between the University of Dar-es-Salam and Makerere University and is running from May 22-25.

The workshop has seven themes, namely:

Mfitumukiza explained that land use was the leading cause of climate change in Uganda.

He cited the opening up of soil that much carbon, deforestation, and bush burning as people open land for farming as some of the factors causing climate change. 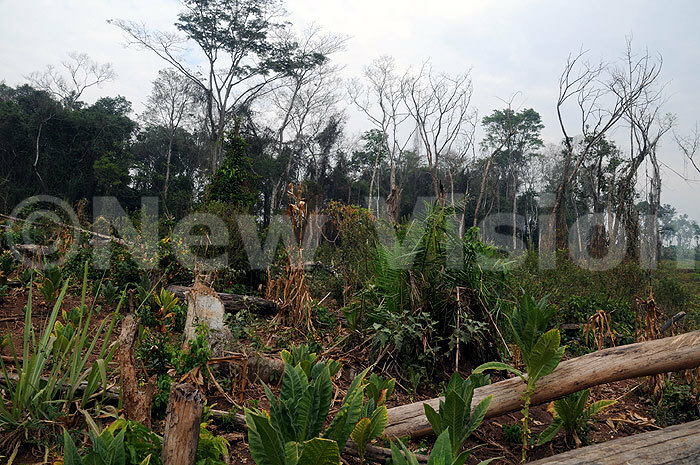 Several forest trees that have been holding carbon in their trunks for many years have been cleared as populations increase.

Also, soils in pastoral areas that hold much carbon are being opened up for farming. It is this too much carbon in space - one of the greenhouse gases - that has led to climate change as less light is reflected back in the atmosphere.

Gordon Kirimani, a farmer and councilor from Nyakasharara, Kiruhura district, said the area was facing serious dry spells and was affecting livestock and food production.

He said they were encouraging farmers to plant trees, and they had made bylaws to prosecute people burning tress. "Trees bring rainfall."

Kirimani added that many cattle farmers have valley dams and that this has helped them in adapting to climate.

"We have valley dams holding up to 4 million litres of water. Lake Kakyeri is a bonus."

Fred Ssentale, a farmer and community development officer from Nakasongola district, said wealthy investors were fencing large tracks of land and denying them access to water points. He said this problem is rampant around the Kafu River.

Kiruhura and Nakasongola are some of the areas in the cattle corridor, a region prone to dry spells.

Scientists say the last century has had more damaging effect on the planet than before. Industrialization leading to the burning of fossil fuels is cited as the major cause of greenhouse emissions.

It is these greenhouse gases that have led to the increase in temperatures. Emphasis is also moving from mitigation to adaptation as the problem is likely to stay for some time.