Jobless youth storm out of court over delays
Next Story

24 cases of break-ins such offices have been reported

24 cases of break-ins such offices have been reported

A guard was on Sunday morning stabbed to death at the offices of human rights NGO in Mengo a suburb in Rubaga division few meters from a police post.

The incident happened at the offices of The Human Rights Awareness and Promotion Forum (UHAPF) located in Mengo.

According to the footage captured by the CCTV cameras at the premises, four raiders scaled the fence and stabbed the guard who was identified as Emmanuel Alituha attached to G4 Security Guards to death.

On Monday, ten human rights organizations demanded that police conduct a transparent investigation into the regular break-ins at offices of such organisations.

In the press conference held at the UHAPF offices in Mengo, ten executive directors of these organizations urged government to conduct swift investigations into the problem.

The UHAPF executive director Brian Jjuuko said after killing the guard, the assailants broke into his offices and opened the drawers and cupboards. The attackers allegedly took away important documents and files including copies of the memorandum of association and a flat screen.

Jjuuko also said that the incident follows a spate of attacks on the homes of two of the company staff members within a month where laptops and phones were taken. 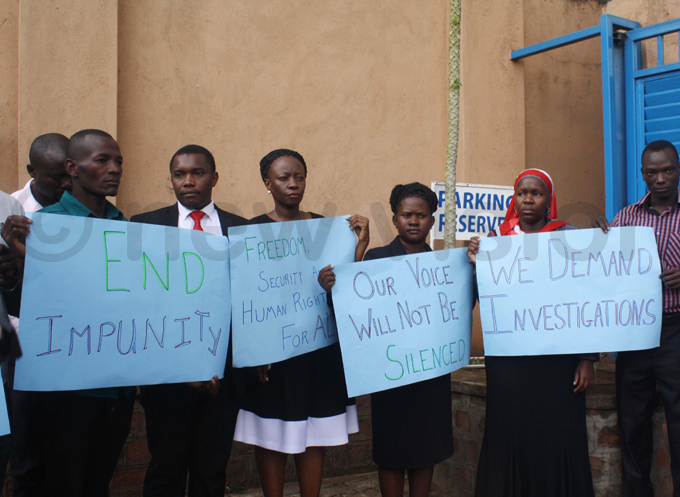 Some of the human rights advocates show off placards protesting the spate of break-ins at their offices. Photo by Meddie Musisi 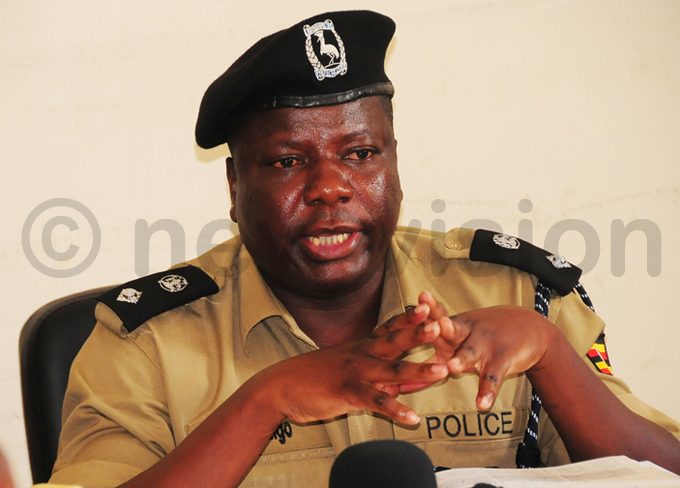 Kampala Metropolitan Police spokesperson Patrick Onyango said police investigators had already been sent to the scene of crime and they were trying to trace the attackers.

“Our officers have been at the scene, they know where to start from,” Onyango said.

He said police will use the CCTV footage to look for the assailants.

According to Hassan Shire, the executive director of Pan African Human Rights Defenders, between 2014 and 2015, over 24 cases of break-ins at human rights organisations’ offices have been reported to police.