Oilers hand Falcons their third defeat in ...
Next Story

Another immediate worry for the Warriors is the ankle injury that Mark Opio picked UP.

Another immediate worry for the Warriors is the ankle injury that Mark Opio picked UP.

Pemba Warriors long serving player Stephen Okiasi believes a top two finish is a realistic target for them despite the team's shaky start in the FUBA National Basketball League.

Sunday at Lugogo, the Warriors 66-45 win over the Ndejje University Angels; their second in three games wasn't convincing enough to Okiasi who has been with the club since 1998, and  wants his side to show more of their abilities.

"We didn't play the best game. Certain the result showed more of Ndejje's inadequacies than Warriors credentials; actually the game didn't go according to plan. We have to make a statement on the inside game with our big men. It's still a work in progress and I think the shooting ability outside the arc isn't helping matters," Okias stated.

"These early reality checks are a blessing in disguise rather than an exposure of the limitations as most people want to take them. We have a balanced team, not as close knit a family as 2009 but the array of players and their abilities will make a huge difference," Okias noted. 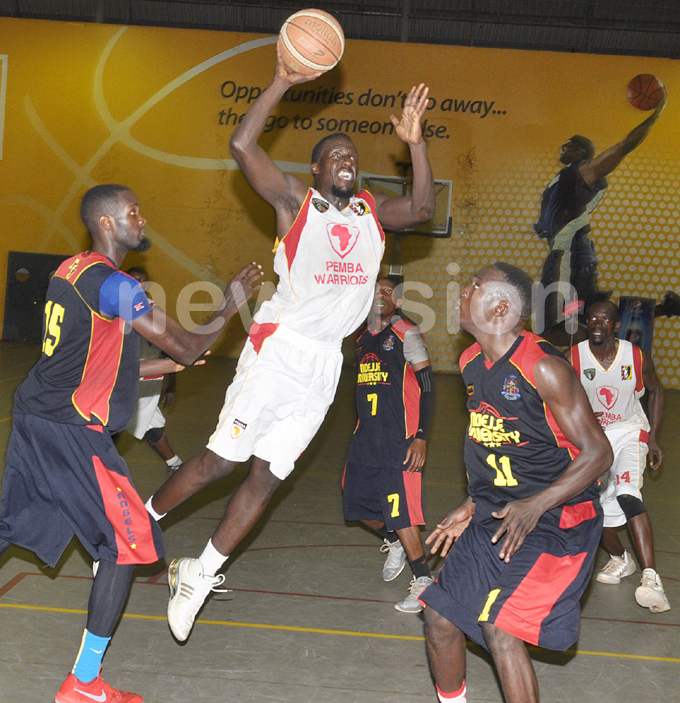 He now wants the team to build on the positives like Caesar Kizito's (11 points) shooting and Mark Opio's (14pts) beastly attack of the hoop and Ivan Enabu's quick transition to deliver the team to the Promised Land.

Another immediate worry for the Warriors is the ankle injury that Mark Opio picked in the second quarter of the game after landing awkwardly as he tried avoiding stepping on the baseline.

Despite sitting out for the rest of the game Opio had already made his mark with 14 points with Eric Malinga also adding 14 for the Warriors who scored five more points (13) more than their opponents.

Frank Kasinde (13pts) and Sedar Segamba 7(pts) top scored for the Ndejje side who were handed their first loss of the season.