Zika virus strain spreads to Africa for fi...
Next Story

EgyptAir crash: What we know so far

About three minutes before it disappeared off the radar, the plane transmitted a number of automatic messages.

About three minutes before it disappeared off the radar, the plane transmitted a number of automatic messages.

PIC: This picture reportedly shows some debris that the search teams found in the sea. (AFP/Egyptian military spokesperson's Facebook page)

French experts confirmed Saturday that smoke had been detected in the cabin of an EgyptAir plane that crashed into the eastern Mediterranean carrying 66 people, but what brought it down remains a mystery.

Here is what we know so far:

EgyptAir flight MS804 disappeared off the radar 0029 GMT on Thursday morning while flying over the eastern Mediterranean en route from Paris to Cairo.

The Airbus A320, which was carrying 56 passengers and 10 crew members, had just crossed from Greek airspace into Egyptian airspace and was about 35 minutes from its destination.

About three minutes before it disappeared off the radar, the plane transmitted a number of automatic messages indicating there was smoke in the cabin, France's air safety agency said on Saturday.

The plane did not send out a distress signal and crashed between the island of Karpathos and the Egyptian coastline, Greek aviation officials told AFP.

Wreckage from the plane, luggage and body parts were found in the sea on Friday by an Egyptian military search team in an area about 290 kilometres (180 miles) north of the coastal city of Alexandria.

The Egyptian military taking part in a search mission in the Mediterranean Sea for the remains of the crashed plane. (AFP/Egyptian Defence Ministry)

The pilot's last contact with Greek air traffic controllers was around 0005 GMT when he appeared to be in good spirits and made no mention of any problem.

But it ran into trouble just over 20 minutes later as it was flying at 37,000 feet, (more than 11,200 metres) with Greek Defence Minister Panos Kammenos saying the plane swerved sharply to the left, then to the right, falling 22,000 feet, before disappearing from radar screens at around 10,000 feet.

Why it did not send out a distress signal remains unclear. And investigators so far have no indication as to what caused the plane to suddenly swerve before plummeting out of the sky.

Although the presence of smoke in the cabin may help the probe, experts will only be able to piece together a fuller picture when more wreckage is found, including the black boxes. 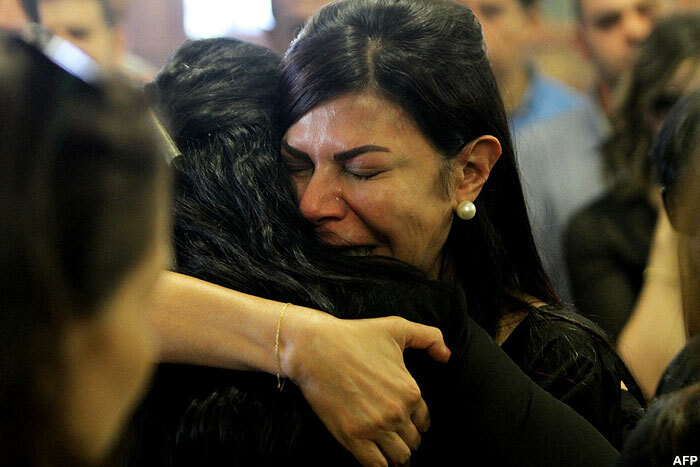 Relatives and friends of EgyptAir hostess Yara Hani, who was onboard Flight MS804 from Paris to Cairo shortly before it plunged into the Mediterranean, mourn during a ceremony at a church in Cairo. (AFP)

Was it brought down deliberately?

Egypt's aviation minister said a "terrorist attack" was a more likely cause than technical failure for the crash, voicing widely-held fears of a repeat of an October attack over Sinai that brought down a Russian passenger jet, killing 224 people.

Aviation experts agree there is little chance that a mechanical fault, such as the explosion of an engine, was responsible. And they say it is unlikely the plane was shot down.

But despite fears the plane was deliberately brought down, there is no evidence so far to support that thesis.

"We have absolutely no indication on the causes," French Foreign Minister Jean-Marc Ayrault said Friday. 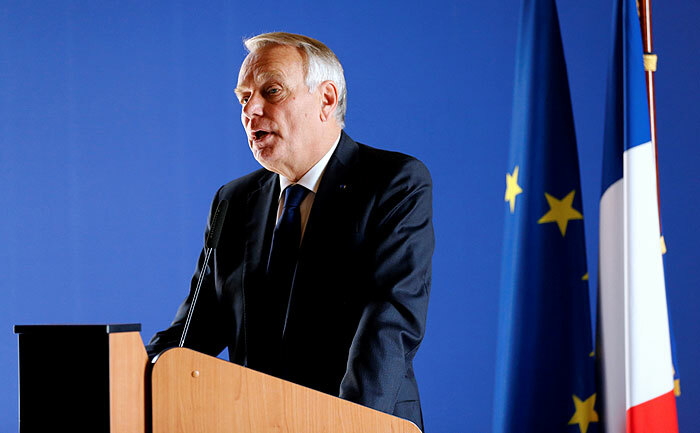 French Minister for Foreign Affairs Jean-Marc Ayrault, speaks during a press conference on Saturday in Paris following a meeting with relatives of the victims of the illfated flight. (AFP)

Was the plane safe?

Airbus delivered the plane to EgyptAir in November 2003 and it had logged 48,000 hours of flying time. Experts say the A320 has an excellent safety record as the best-selling medium-range airliner in the world, with one taking off or landing around the world every 30 seconds.

Before taking off from Paris on Wednesday evening, the plane had been in Eritrea, Egypt and Tunisia, according to the website FlightRadar24.

It began the day in the Eritrean capital Asmara, then returned to Cairo before flying to Tunis. It then headed back to Cairo where it stayed for two hours before flying to Paris Charles de Gaulle airport. It took off from the French capital at 2100 GMT and was to have landed in Cairo at 0105 GMT on Thursday.

What remains unclear is whether the plane was checked at each location, or how thoroughly.

No, Islam is not studied as a leisure subject