Residents of Nyakatonzi Sub County Kasese district have resolved not to use the health center which was commissioned last year citing shoddy work.

The sh300m classroom block is part of the 33 projects that were approved by Kasese district council for construction in the 2013/2014 financial year budget.

They want the district to compel the contractor to renovate the health center so that they can start using it because they don't have any other health center in the Sub County. 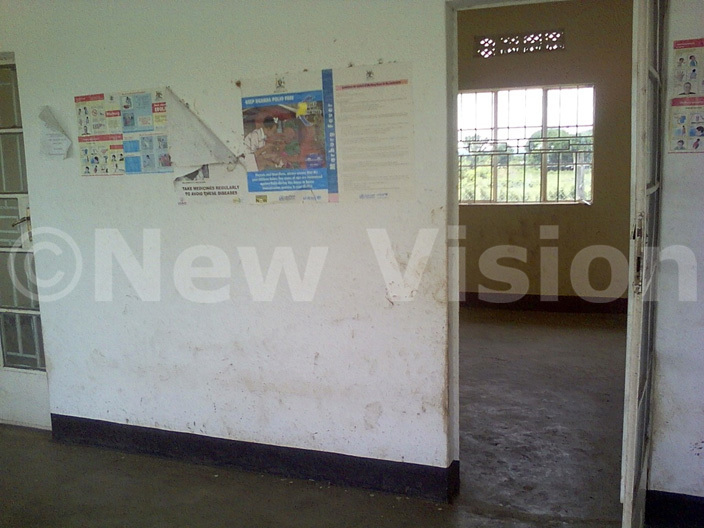 The empty rooms at the newly commissioned health center

Mugisa Fred, a resident of Nyakatonzi said that the whole building has started developing cracks and that the ceiling is wearing off and they fear that the newly constructed health center might collapse any time.

"We don't want to risk our lives because the building is in a very bad state.Since it was constructed, there's no any furniture, all the rooms are empty yet it was commissioned," said Mugisa.

He blames the engineering department for certifying the shoddy work, saying as residents and community leaders, they will not allow the building to be used until there is value for money.

Florence Kansiimem a resident of Nyamugasani said that residents have to walk several kilometers to access health services.

"Since the health center was commissioned last year, we have never seen any staff member there, its only wild cats and goats which are occupying it day and night," said Kansiime.

Farouk Kibaba, an advocany officer for better health project at Action For Community Development Uganda (ACODEV-U) said that most of the people in Nyakatonzi Sub County have resorted to self-medication due to lack of a functional health unit.

He said that even pregnant mothers have to walk several kilometers to access services and that some of them have given up anti natal checkups.

"The district leaders should come up and ensure that these people have a functional health unit because they are suffering a lot without health services," said Farouk. 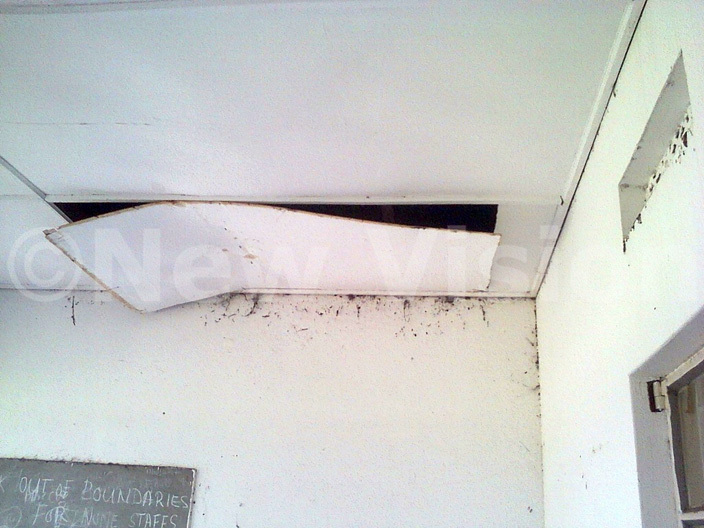 The dilapidated ceiling of the newly constructed health centre

Bomera Richard, the outgoing secretary for social services said that the cracks were as a result of poor workmanship and said that he was not satisfied with the work done.

He said that they carried an on spot inspection of the health center block and discovered several cracks.

"This matter will be brought to the attention of the district council because it needs our intervention, the contractor should be forced to renovate the building and staff posted at the health center should work so that people can get services," said Bomera.

Efforts to get a comment from the contractor were fruitless as he could not pick our repeated calls by press time.

kakaire out, kisekka back

â€˜CADER No Solution For Fufa Warsâ€™